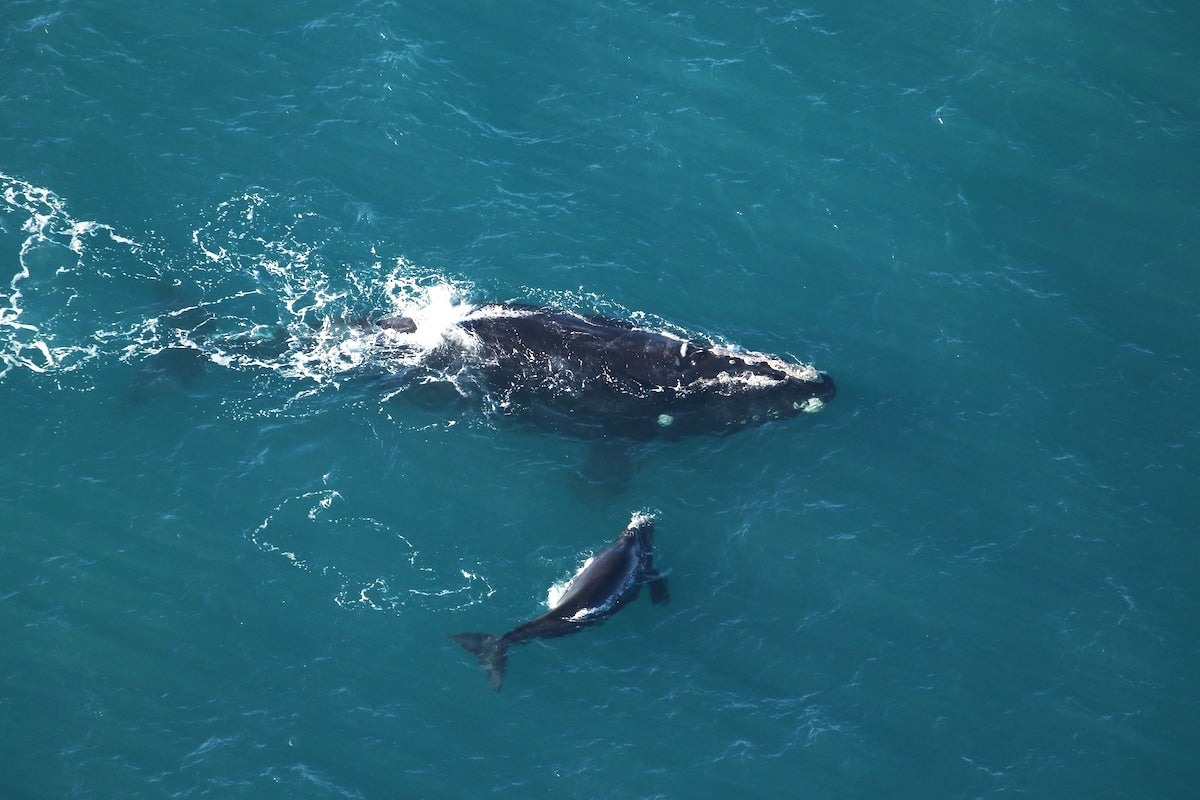 Using genetic testing, scientists have learned that four critically endangered baby whales believed to be dead are actually alive. The discovery corrects what whale researchers previously thought about young North Atlantic right whales’ physical development and ability to be independent of their mothers, according to the lead author of the study.

The Anderson Cabot Center for Ocean Life at the New England Aquarium calls this labeling approach “the foundation of most modern whale studies,” noting that photographic cataloging began back in 1980. New photos of individual North Atlantic right whales are added to a catalog maintained by the aquarium, based in Boston. (The aquarium also has a map detailing where and how different North Atlantic right whales were found along the U.S. East Coast.)

But those distinct callosities — dark gray bumps covered in tiny, pale-colored crustaceans known as “whale lice” — only develop as the calf matures. That means that scientists cannot identify and determine the age of these young calves by these distinguishing marks and link them to their mothers if they leave her side before the marks develop.

But genetic sampling allows researchers to still make the familial connection between a mother whale and her offspring, even if the young whale isn’t consistently at her side. According to the aquarium, over 80% of known, cataloged North Atlantic right whales have been genetically sampled.

“The more accurate the information, the better our conservation measures can be targeted,” said Philip Hamilton, senior scientist at the Anderson Cabot Center for Ocean Life and the lead author on the study. “Better to understand them, and thus better to save them.”

In this study, researchers examined both collected genetic samples and photographs of North Atlantic right whales and compared them to calves born between 1988 and 2018. In addition to determining that four calves thought to have died had actually survived, the researchers looked at the profiles of 13 different whales and were able to figure out how old a dozen of the whales are and determine the birth mothers of 11.

Specifically, the combination of photographic evidence and genetic testing “reveals that mothers and calves are seen apart from each other in the feeding grounds off New England and Canada in 10-40% of all spring and summer sightings,” the aquarium noted in a statement. “Prior to this study, calves were assumed to have died if their mothers were always alone on the feeding grounds during the calf’s birth year.”

With fewer than 350 individuals believed to remain in the wild, the North Atlantic right whale is one of 14 species of baleen whale, meaning they have no teeth but instead use hundreds of mouth plates made up of keratin to filter feed on creatures like krill and plankton. According to the World Wildlife Fund, they can grow up to 55 feet long and weigh up to 70 tons.

Researchers from the New England Aquarium, Saint Mary’s University, the Florida Fish and Wildlife Research Institute, the Georgia Department of Natural Resources and the U.S. National Oceanic and Atmosphere Administration contributed to the study, which was published on January 20 in the journal Mammalian Biology. The authors noted that their findings could also help track other species:

While this study is focused on North Atlantic right whales, the results presented here underscore the importance of genetic sampling of young animals of other species as well. There is a tremendous variation in the behavior of wild animals, and that variability is amplified by a rapidly changing climate. Collecting samples from individuals as early as possible without causing harm increases the chances of recognizing them in the future, thus improving our ability to more accurately track the vital rates of a population.