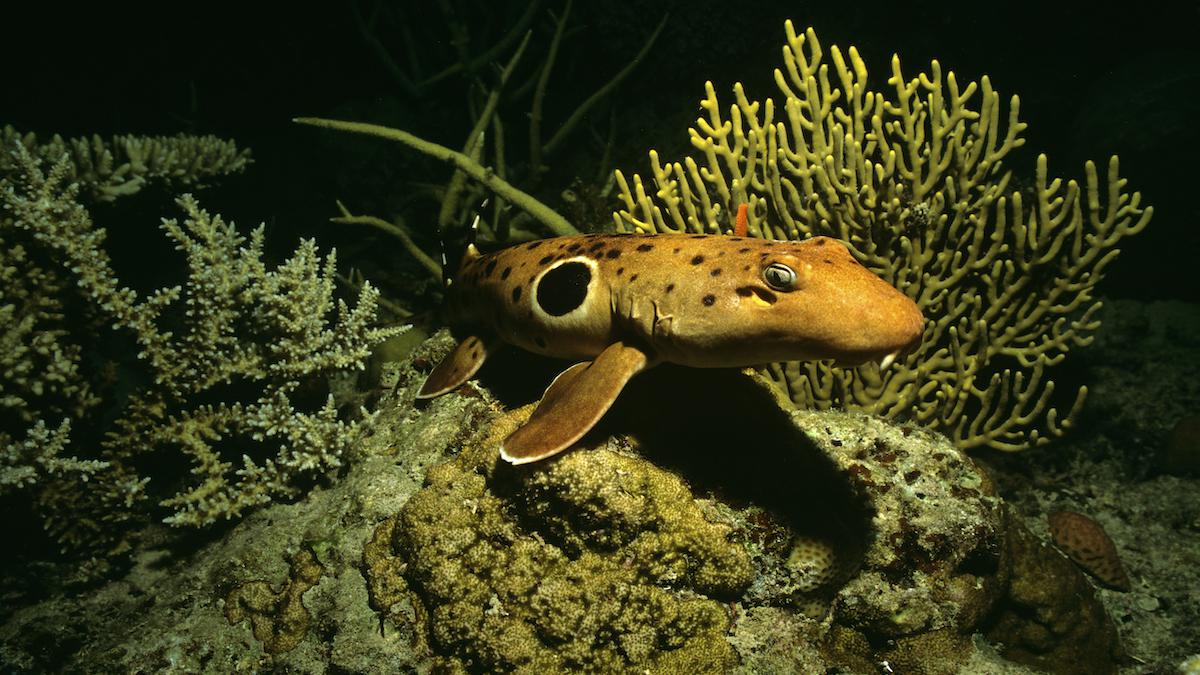 An epaulette shark (Hemiscyllium ocellatum) on a reef in the South Pacific. Auscape / Universal Images Group via Getty Images

The future may be too hot for baby sharks, a study published Tuesday found.

Oceans are warming as a result of global climate change, causing harm to aquatic ecosystems across the planet. In response, researchers from Australia’s ARC Centre of Excellence for Coral Reef Studies at James Cook University and the University of Massachusetts asked: How will climate change affect species who rely on their environment to regulate their biological processes?

The researchers chose to study the epaulette shark to better understand how ectotherms, species that match their body temperatures to the environment’s, will respond to climate change.

“The epaulette shark is known for its resilience to change, even to ocean acidification,” Dr. Jodie Rummer, co-author of the study told the ARC Centre in a statement.

Epaulette sharks are only found in the Great Barrier Reef, Australia and are often the subject of climate change studies because they thrive in captivity and are considered of little concern in the wild, the study reported. “So, if this species can’t cope with warming waters then how will other, less tolerant species fare?” Rummer asked.

“The hotter the conditions, the faster everything happened, which could be a problem for the sharks,” Carolyn Wheeler, lead author of the study, said.

Sharks could respond to warming temperatures in three likely ways, Rummer said, according to The Guardian. The first case is the sharks find colder temperatures, but only if they find the right habitat.

The second is the sharks could genetically adapt to warmer temperatures. But this is improbable because the sharks like the epaulette grow slowly and reproduce at low rates compared to other fishes, the ARC Centre wrote in a statement.

And the last case would be for the sharks to “disappear off the planet,” Rummer told The Guardian.

Since 1910, the Great Barrier Reef has warmed by 0.8 degrees Celsius. This warming impacts more than a species’ biological processes, according to Australia’s Great Barrier Reef Marine Park Authority, impacting a fish’s swimming abilities and behavior.

Why does this matter?

“When sharks change their behaviour it affects the whole ecosystem,” The Conversation reported in an article that analyzed how the Port Jackson shark, a bullhead shark living in Southern Australia, responds to climate change.

Generally the top of the food chain, sharks play a critical role in ecosystem management.

“Port Jackson sharks, for example, are predators of urchins, and urchins feed on kelp forests — a rich habitat for hundreds of marine species. If the number of sharks decline in a region and the number of urchins increase, then it could lead to the loss of kelp forests,” The Conversation reported.

Similarly, “Sharks are important as predators because they take out the weak and injured and keep the integrity of the population strong,” Rummer told The Guardian.

The future of healthy ecosystems for baby sharks and other marine species seems grim. So what can be done?

Research on how individual species are impacted by climate change is a step in the right direction, The Conversation wrote, which can determine unknown resilience within species and highlight new populations at great risk.

Emphasizing “the importance of curbing our reliance on fossil fuels because climate change is affecting even the toughest little sharks,” should come next, Rummer remarked. “Our future ecosystems depend us taking urgent action to limit climate change,” she added.