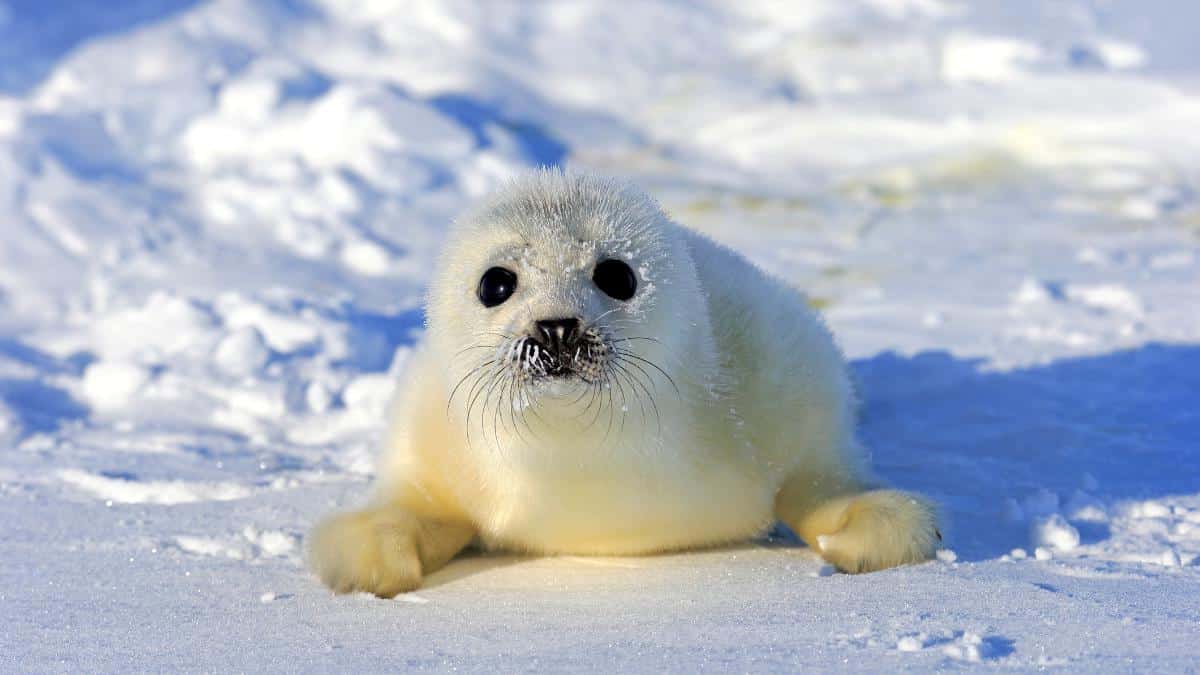 The sea ice cover in Canada’s Gulf of St. Lawrence is the lowest it has ever been since measurements began, and that is seriously bad news for the harp seals that are typically born on the ice.

A cold-water mammal, harp seals rarely spend any time on land, National Geographic explained. Instead, they feed in the North Atlantic and Arctic Oceans, but every year return to the sea ice where they were born to give birth to their own young. But this year, the seals that usually return to the Gulf of Saint Lawrence to give birth on the ice around the Îles de la Madeleine in late February and early March were in for a shock.

“This year, there is absolutely no ice,” wildlife photographer and expedition leader Mario Cyr told National Geographic. “These seals are out of options.”

Instead, hundreds of pups have washed up on a beach in Blanc-Sablon, Québec, where Cyr has photographed them for the magazine. Baby seals on land don’t tend to do well. They are in danger of being crushed by ice, drowned or eaten by land carnivores like coyotes.

“They’re evolutionarily designed for ice. They’re not designed to survive onshore… and it puts them literally in the proximity of every predator out there. So yes, they’re in trouble,” National Geographic contributor Jen Hayes told ABC7.

2021 is expected to be a bad year for baby harp seal mortality, and marine mammal expert Mark Hammill told National Geographic that it is unlikely the baby seals on the beach will make it.

The Gulf of St. Lawrence is usually covered by more than 90,000 square miles of ice in March, according to ABC7. But this year, the gulf is essentially ice-free. The ice extent is the lowest it has been since record-keeping began in 1969.

However, this isn’t the first time that ice cover has been so low that it has impacted the seals and the community that relies on their nurseries to bring tourism to the Îles de la Madeleine, or Magdalen Islands. This is the fifth time that the seal observation season there has been canceled in the last decade.

“2010 was our rupture point,” Ariane Bérubé, sales director for the Château Madelinot hotel, told The Guardian. “It was the first year we had to cancel. We had more than 350 people who had reserved and we had to try to explain to them what was happening. It was the first time since 1958 that we had no ice. Then it happened again in 2011. And again in 2016 and 2017. And now this year.”

While the low ice is bad for baby seals this year, Hammill says that overall the 7.6 million harp seals in the world are doing well and will simply change their migration patterns as the planet warms and ice distribution shifts. What will end is seal tourism in the Gulf of St. Lawrence.

“We need to keep in mind that seals always return to the place where they were born. So, if we skip a year, like now, nothing changes genetically for the seals. But if it goes on for three or four years in a row, during which the seals don’t give birth to their pups here, then they won’t come back because they will have changed their migration route,” Cyr explained to The Guardian. “So for each year that we lose, that makes fewer who will return. These are the effects of climate change that are really visible.”