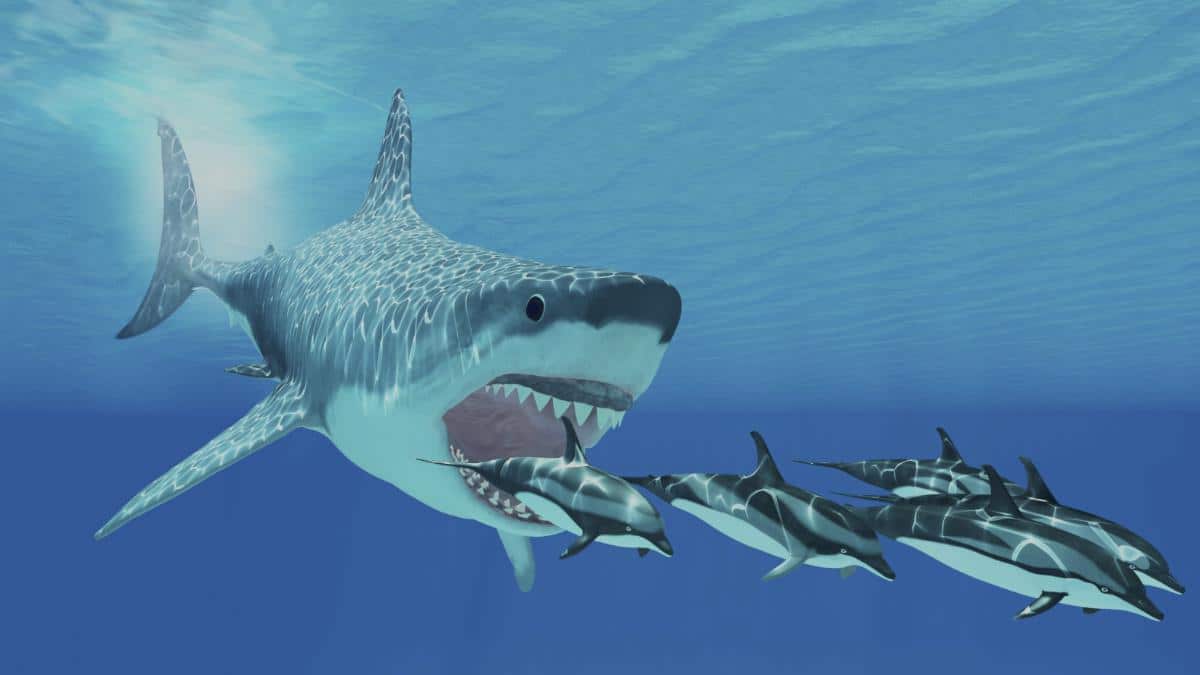 The megalodon, or megatooth shark, was such a fearsome prehistoric predator that it continues to inspire horror films roughly 3.6 million years after its extinction.

Adult megalodons (Otodus megalodon) could grow to be about 50 feet in length. Now, new research published in Historical Biology on Monday shows that the sharks were fear-inducing from the moment they were born, as baby megalodons could be more than six-and-a-half-feet long.

“It is quite possible that they represent the largest babies in the shark world,” Kenshu Shimada, a vertebrate paleontologist at DePaul University in Chicago and lead study author, told The New York Times.

Megalodons dominated prehistoric seas, where they lived between 15 and 3.6 million years ago, according to Taylor & Francis. In addition to their length, they also weighed as much as 110,000 pounds, The New York Times reported.

Despite their dominance of the prehistoric ocean and contemporary imaginations, megalodons are less prominent in the fossil record. That’s because megalodons, like all sharks, have skeletons made of cartilage, which is less likely to last than bone, Live Science explained. So megalodons are mostly known to us from their teeth.

One exception to this is a collection of 150 megalodon vertebrae whose cartilage had mineralized. The specimen was discovered in Belgium in the 1860s, The New York Times reported, and is now housed at the Royal Belgian Institute of Natural Sciences in Brussels, according to the study. The authors wrote that it was the “only reasonably preserved vertebral column of the species in the entire world.”

The researchers then took advantage of the fact that megalodon vertebrae have growth rings that function similarly to tree rings, Taylor & Francis explained. Researchers were able to use CT scans of the vertebrae to determine that the specimen was 46 years old and around 30 feet long when it died. By calculating what its body length would have been when each ring was formed, the researchers were able to pinpoint its birth size at around 6.6 feet.

“My students and I examine spiny dogfish shark anatomy in class and to think that a baby megalodon was nearly twice as long as the largest adult sharks we examine is mind-boggling,” study co-author Matthew Bonnan of Stockton University told Taylor & Francis.

The baby megalodon’s large size led the scientists to conclude that it had likely feasted on its siblings in the womb. That’s because such a large baby would need to be born live, requiring a lot of energy from the mother.

“Oophagy — egg-eating — is a way for a mother to nourish its embryos for an extended period of time,” Shimada told Live Science. “The consequence is that, while only a few embryos per mother will survive and develop, each embryo can become quite large at its birth.”

The baby that survived would then be ready to ward off many ocean predators, The New York Times reported. A healthy appetite might have also contributed to the shark’s growth.

The researchers also shed light on the megalodon’s later growth, and calculated that it grew an average of 6.3 inches a year, according to the study. Researchers also compared the specimen’s growth rate with the largest known megalodon sizes in order to calculate that megalodons had a potential life expectancy of 88 to 100 years, Live Science reported.

Shimada told Live Science that the life-expectancy calculations were still theoretical and required more research. Even so, the findings help scientists learn more about megalodons and the prehistoric ocean.

“As one of the largest carnivores that ever existed on Earth, deciphering such growth parameters of O. megalodon is critical to understand the role large carnivores play in the context of the evolution of marine ecosystems,” Shimada told Taylor & Francis.