Another Baby Dolphin Dies Thanks to Tourist Selfies 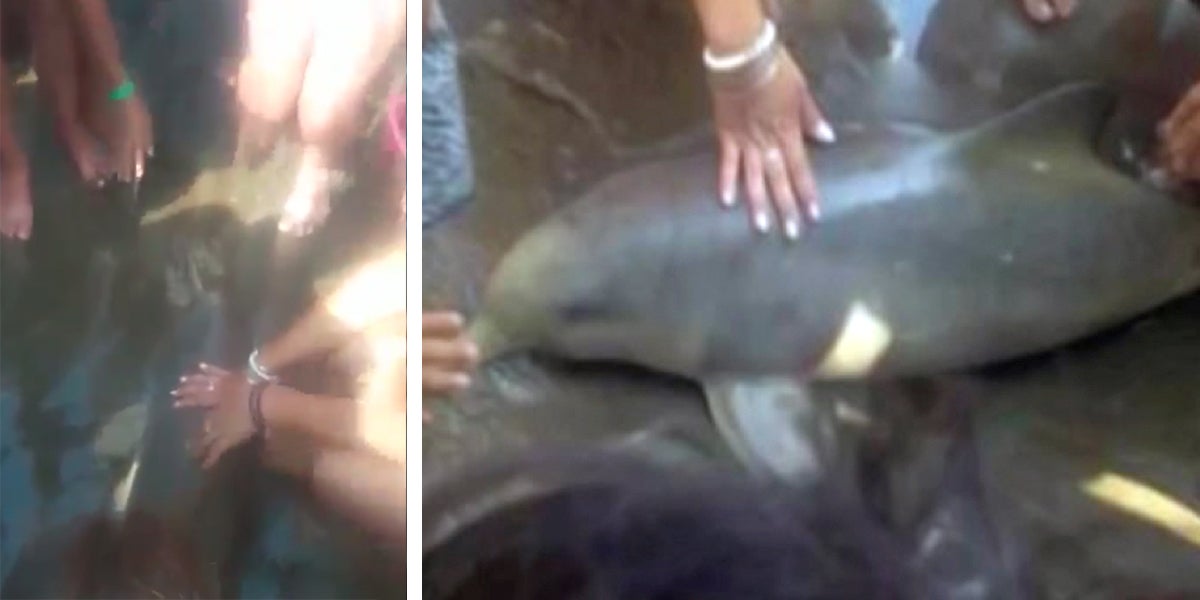 In an incident that’s shockingly similar to what happened one year ago in Argentina, beachgoers pulled a stranded baby dolphin from the water to capture photos of him and take selfies. Unfortunately, the incident resulted in the baby’s death, showing that Argentinians did not learning anything from the last time they pulled a baby dolphin from the ocean.

A video that was released this week shows the baby dolphin surrounded by a crowd of people taking photos and videos. The local newspaper, La Nacion, reported that fellow beachgoers said that people had pulled the dolphin from the shallows of the water.

A witness told C5N News, “They let him die. They could have returned him to the ocean, he was breathing, but everyone started taking photos and touching him, saying he was already dead.”

A person’s first instincts when seeing an animal in need, especially one so young, should be to help them rather than hurt them. Instead of checking to see if the baby had a chance to live, they immediately yanked him from his home and he died while extremely stressed from the situation.

It’s unclear if the baby was sick before humans spotted him, which would explain why he found himself stranded, but what’s indisputable is that the humans involved inadvertently participated in his death by not helping him.

Last year, beachgoers pulled two baby dolphins out of the water for selfies, resulting in the death of one and people everywhere were outraged. This outrage, apparently, had little to no effect on the people that repeated this sad act all over again.

Humans have the unique ability to feel empathy, but it is their selfish nature that causes them to often forget to help others. In this situation, the humans did not even think to save the allegedly dying dolphin because they were so absorbed in getting the perfect picture for social media. Meanwhile, dogs around the world have made news for spotting dolphins in need and springing into action to help.

Watch the video below to see the baby dolphin.