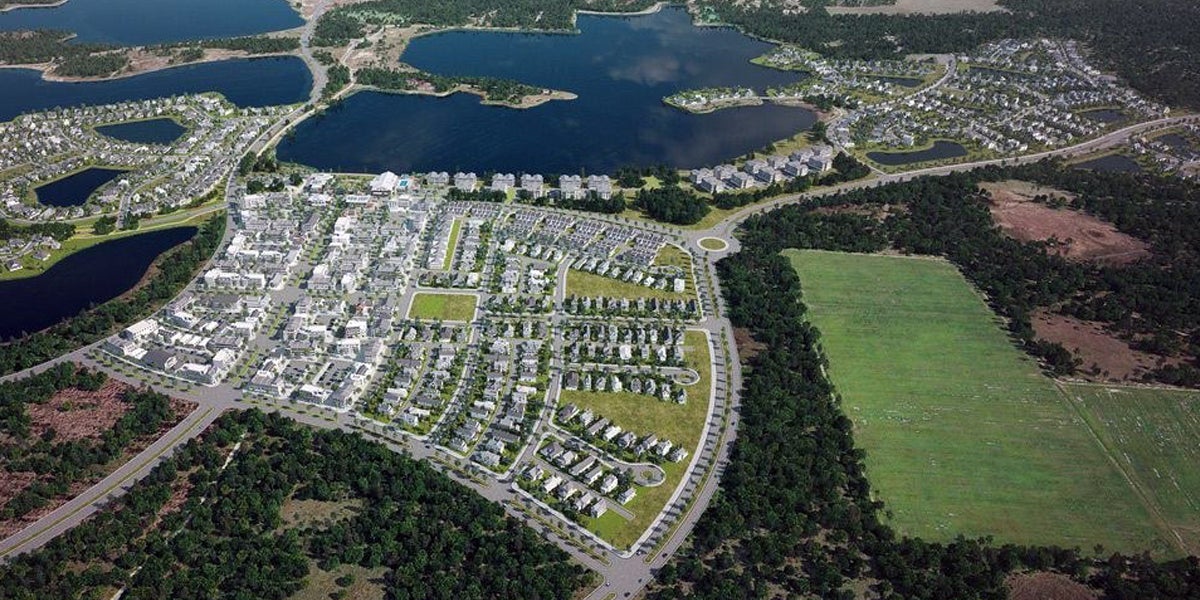 It was love at first sight for Richard and Robin Kinley. But it took a sunset to seal the deal.

The Kinleys, both 59 and living in Atlanta, visited southwest Florida in January to look at Babcock Ranch, a planned community that could become the most sustainable town in America.

When finished, Babcock Ranch, located about 20 minutes from Fort Myers, will be powered almost entirely by the sun, turning to natural gas on cloudy days. Homes will be energy-efficient, many of them constructed with insulated panels designed to handle any type of Florida weather.

The town will be walkable and bikeable, with 50 miles of nature trails. Residents will be able to plant crops in community gardens. Houses will be set near sidewalks so neighbors can more easily interact with one another. To encourage homeowners to drive electric vehicles, the town will install numerous charging stations. Its public vehicle fleet will be electric and driverless. 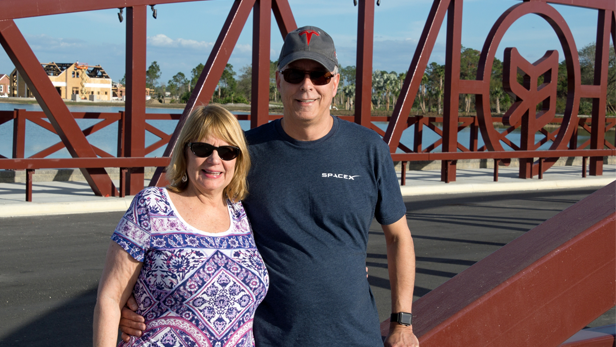 The Kinleys found all of this irresistible. Returning to their hotel room after their tour, Kinley suggested to his wife: “Let’s go back tonight and look at the sunset. We sat on the grass near this little lake, on the lot we were interested in and watched the sun go down. Everything just fell into place. We loved it.”

The Kinleys were the first to buy a home at Babcock, where construction is now just getting underway. They expect to move into their one-story ranch style house in time for the fall and winter holidays.

“If I sat down and wanted to design a community from scratch, this would be it,” said Kinley. “I love having a front porch where I can talk to my neighbors and a downtown area within a five-minute walk.”

This is exactly what Babcock Ranch’s developer, Syd Kitson, CEO of Kitson & Partners, had in mind when he conceived of the idea of creating a town that aims “to go back to the way we used to live when we were younger, where you know your neighbors and has the things you remember when you were growing up,” he said. “We are dead set on proving that development and preservation can work hand-in-hand.” 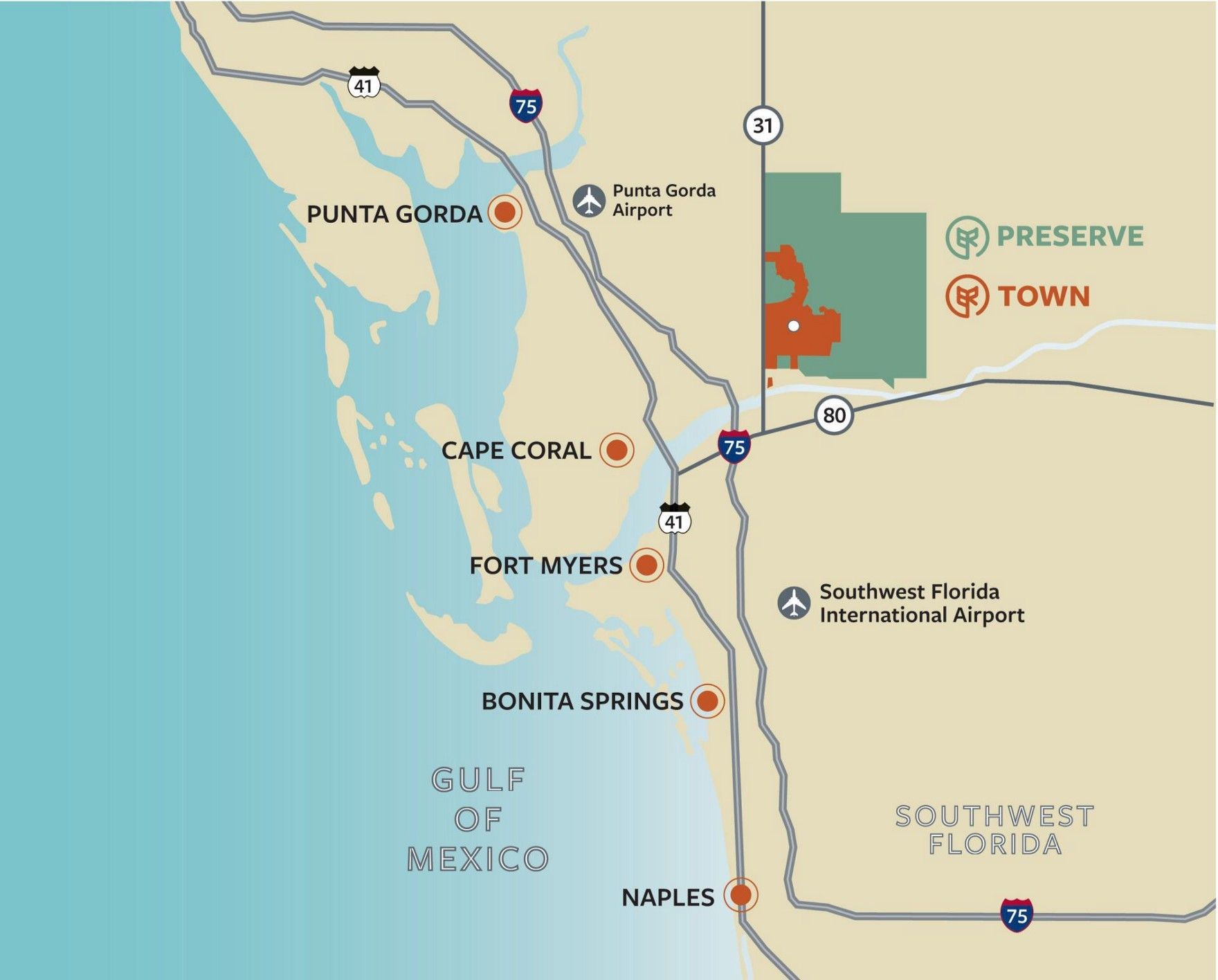 He traces his connection to nature to his childhood. “When I was very young, my parents didn’t allow us to stay inside,” Kitson said. “We went camping, deep into the woods for weeks at a time and I developed a deep love of the land. I appreciate what it means. I think people intuitively understand that you feel better when you are in the woods or on top of a mountain. I really believe you will live longer and have a better life.”

On July 31, 2006, Kitson’s company completed its purchase of 91,000 acres along Florida’s southwest coast and that same day sold 73,000 acres back to the state and to Lee County in what has been described as the largest single land preservation agreement in Florida’s history. The agreement kept the vast majority of the land untouched, allowing ranching operations to continue and leaving Kitson with nearly 18,000 acres—an area about the size of Manhattan—for development.

The Babcock Ranch plan calls for 19,500 homes, schools, shops, green spaces, lakes and nature trails. Eventually, they plan to add condos and apartments. Someday, as many as 50,000 people will live there.

Kitson says that, to achieve his goal of having, as he describes it, the first solar town in America, he found an ally in Florida Power & Light. The utility company built a new solar power plant in Charlotte County, whose 343,000 solar panels will supply power to Babcock Ranch.

In the evenings or on sunless days, the town will be powered by natural gas “until we get that solar storage puzzle solved,” Kitson said. Finding ways to store solar power “is very important and we want to be a living laboratory to implement that into Babcock,” he said.

Mitch Pavao-Zuckerman, assistant professor of environmental science and technology at the University of Maryland’s college of agriculture and natural resources—who is not involved with Babcock Ranch—calls the creation of a nearly all-solar town “a great opportunity to learn more about the feasibility of these kinds of developments.”

“It could allow for testing how efficient these kinds of decentralized systems are in real settings and also how they respond to variability in weather—and solar production—and potential risks to the network,” he added. “They’ve put a good deal of consideration into the physical and aesthetic design of the community and elements of environmental sustainability.”

For starters, the homes will strive to be energy efficient. Brian Bishop, president of New Panel Homes, which manufactures—and will supply—the structural insulated panels for one of the home builders at Babcock Ranch, said the houses from his building kits all will meet standards established by the Florida Green Building Coalition, which administers green certifications throughout the state. 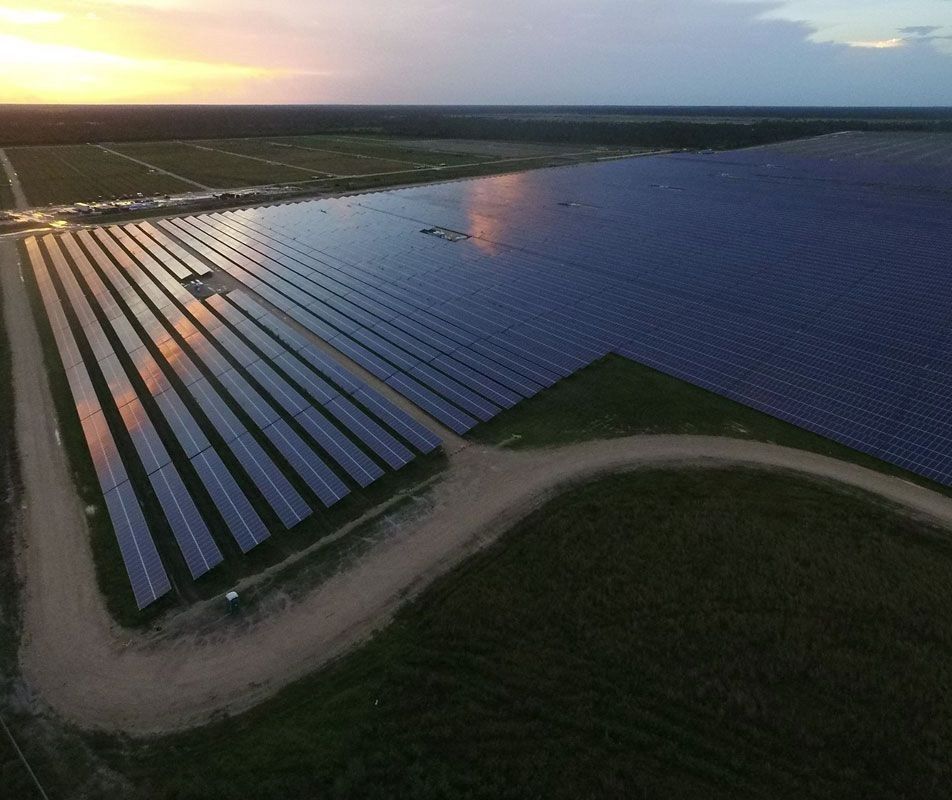 Bishop predicts that the energy cost for each house will run no more than about $90 a month. Because these homes must be air tight to be energy efficient, his team also ensures the air quality. “Our customers want a green, healthy, nontoxic home with a tiny electric bill, that is disaster safe,” Bishop said. “This isn’t just some quirky thing for yuppies. Everybody benefits.”

Not everyone, however, is happy with the Babcock Ranch project. The South Florida Wildlands Association, a nonprofit that works to protect wildlife in the state, argues that the town will prevent the endangered Florida panther from expanding its current breeding grounds. Only about 100 of these panthers remain in the wild.

“This is one of the worst locations they could have chosen to build the city of the future,” said Matthew Schwartz, executive director of the association. “It will preclude the panthers from using that area.” 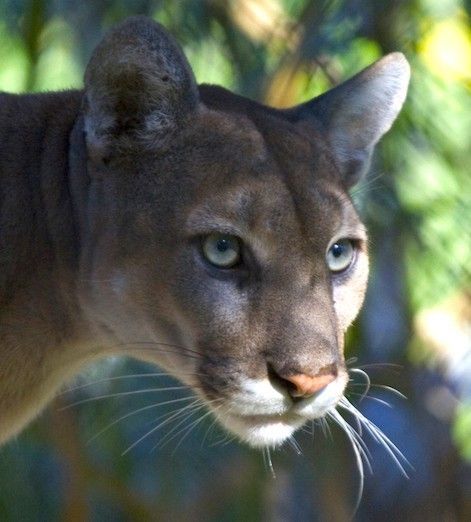 But Eric Draper, executive director of Audubon Florida, points out that panthers have never used the Babcock area for breeding. “There were no established panthers on the land,” he said. “The land is a good distance from where the panthers currently live and breed and [there’s] no reason to think they will someday cross the [Caloosahatchee] river—[the northern boundary of their current active habitat]—and migrate there.”

Still, Kitson & Partners, working with the state, set aside 17,000 acres in the preserved area for panther habitat, if they should ever try to migrate there. The animals, however, still would have to find a way to cross the river, as the only routes there are bridges with vehicle traffic.

For his part, Kitson hopes his future town “will be a model for the rest of the country, maybe even the world,” he said. “The greatest thing we can do is create a model that works economically and where people want to live.”

The Kinleys are believers. Kinley hopes his company will approve a transfer. If not, he may retire. “That’s the worst case scenario and that’s not a bad worst case scenario,” he said. He laughed. “After we signed the papers and they told us we were the first ones, I joked and said you should name the lake behind our house after us.”

To be sure, he was just kidding. But they liked the idea, so that’s what they did.