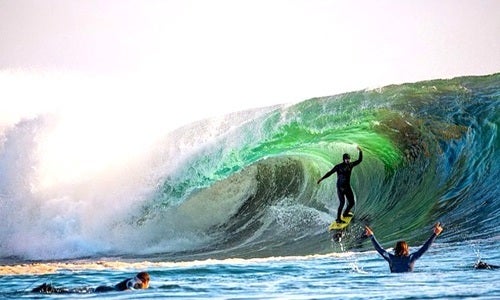 Last week, Patagonia announced the global release of The Fisherman’s Son, a 30-minute film chronicling Ramón Navarro’s rise to the top of the big wave surfing world and his growing voice as an environmental activist. 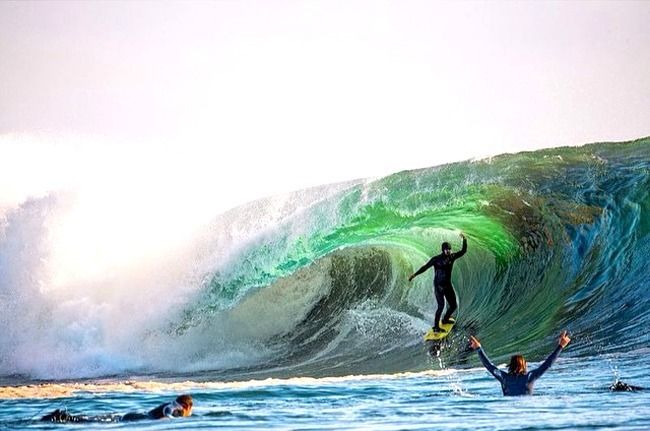 “I have traveled all around the world only to realize the most amazing place is my own backyard at Punta de Lobos,” said Ramón Navarro. Photo credit: Patagonia

“When one of Chile’s most iconic surf spots and Navarro’s home break of Punta de Lobos came under the threat of commercial development, Ramón, the son of a subsistence fisherman, turned his platform as a surfer into a campaign to protect a place critical to his sport and near to his heart,” says Patagonia.

The film, which recently won the 5Points Award 2015 at the 5Point Film Festival in Carbondale, Colorado, was produced by Patagonia and directed by Chris Malloy in association with Save the Waves. Navarro is seeking donations to Save The Waves to help him protect Punta de Lobos forever.

“I have traveled all around the world only to realize the most amazing place is my own backyard at Punta de Lobos,” said Navarro. “I want to protect this place for the fishermen and surfers who live there now and for the generations to come. Being given the opportunity to tell the story of my community through this film has been incredible, and I’m humbled at the response from people who want to get involved themselves.”

So far, the group has been successful in holding back the tide of development around Punta de Lobos that Navarro says would destroy the unique culture of his hometown. The area was declared a World Surfing Reserve in 2014.

But the area remains under serious threat. Crowd-sourced funds generated by the campaign go directly towards the development of a conservation master plan and foundation to protect the point, protecting both the traditional fishing culture and local marine biodiversity.