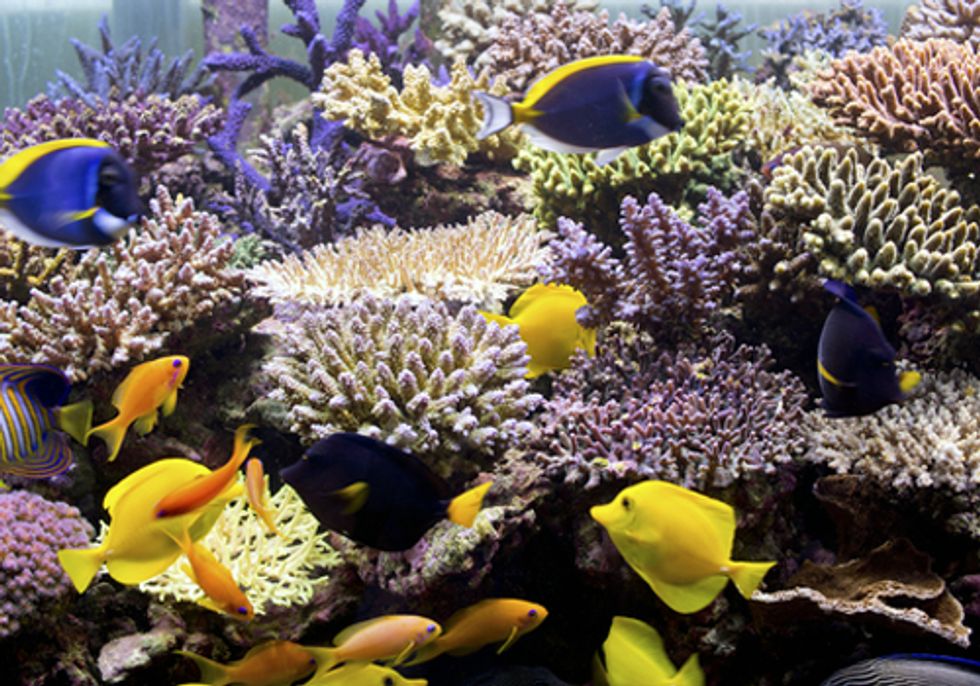 Ever scuba dived? Or even just put a mask to your face in knee-deep water and looked under the surface at all the brilliant fish and creatures that make a tropical reef their home?

It is brilliant, and one of those moments you never forget.

Now the largest and most well-known of these reefs, Australia's Great Barrier Reef, off the coast of the province of Queensland, is under threat of becoming a shipping route for uranium—the radioactive substance used for nuclear power and high-powered military weaponry.

Queensland is a a place of competing interests.

On one hand, you have the Barrier Reef contributes more than $5 billion a year in tourism and employs 54,000 people. On the other hand, you have a series of industrial ports that line the coast of Queensland that are keen to expand and export uranium to overseas markets.

For 28 years there has been a ban on uranium mining in Queensland, but that was lifted late last year by Queenland's Premier Campbell Newman. Now that the ban has been lifted, two mining companies are pushing to ship mined uranium from the coast of Queensland, over the Great Barrier Reef.

"The State Government is not opposed in principle to uranium being shipped from a Queensland port through the Great Barrier Reef," Natural Resources and Mines Minister Andrew Cripps says.

The price tag of the uranium deposits in Queensland, if all extracted and sold is about $10 billion. A pretty big chunk of cash, but worth only a paltry two years of tourism dollars that the Great Barrier Reef brings in.

To anyone who has looked in wonderment at the fish on a reef, this is not an "Australian issue" this is an issue that speaks to how we want to leave the world to future generations. Our kids will remember visiting a reef teeming with tropical fish, turtles and fluorescent coral, but what will they remember if it isn't there to be seen? They sure as heck won't remember the quick buck made by uranium mining companies a few decades previous.