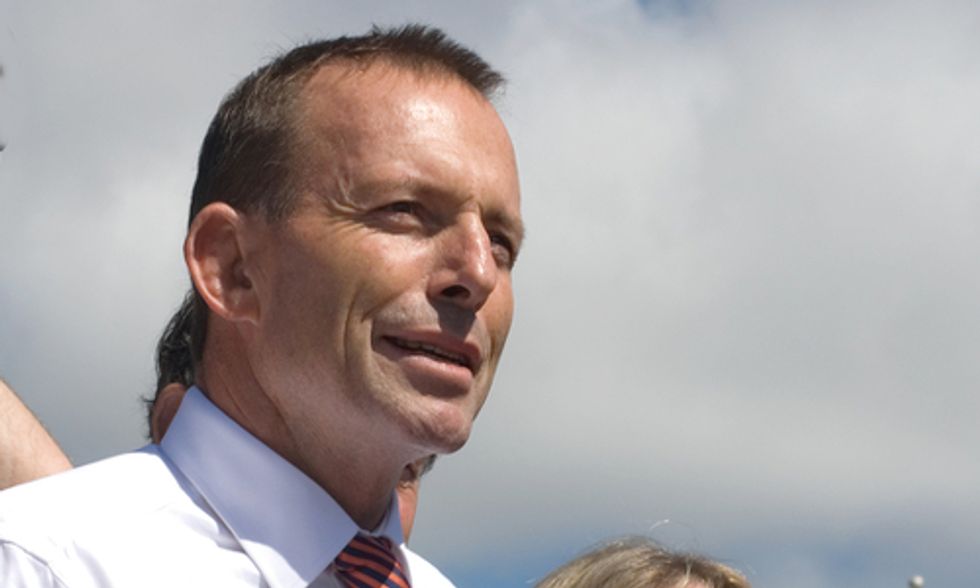 How are we going to mitigate climate disruption? By planting more trees, according to Australian Prime Minister Tony Abbott.

In an effort to undermine the first-ever standards to clean up carbon pollution from power plants proposed this month as a part of the Obama administration’s Clean Power Plan, Abbott is attempting to join forces with the “like-minded” right wing leaders in the UK, New Zealand and Canada.

Australia's Prime Minister, Tony Abbott, suggests that all that is needed to mitigate climate change is to plant more trees.
Photo courtesy of Shutterstock

Instead of outright denying the facts of climate disruption—like many Republicans in the U.S.—these right wing leaders at least recognize that climate disruption is an issue and are looking to energy efficiency as one way to realistically sustain their energy use for the future. But the progress stops there. Instead of taking the definitive action needed to protect our planet and public health, Abbott and his allies would rather protect the interests of big polluters than listen to their own citizens.

In fact, Abbott believes that the best way to mitigate the severe effects of climate disruption—including the recent unprecedented droughts, floods and wildfires that have been plaguing Australia—is “to cultivate better soils, to plant more trees, to take the kind of direct action measures which we certainly intend to take in Australia.”

But by ignoring the harmful effects carbon pollution from coal, oil and natural gas on both our public health and our planet, Abbott is not only completely failing to take direct action, he is ultimately helping to further the climate disruption that is so drastically affecting Australians.

And this isn’t the first time Prime Minister Abbott has prioritized big business over the fragile and priceless environment in Australia. For years, he has worked to revoke the World Heritage Site status of both the Tasmanian forest and the Great Barrier Reef in an effort to increase logging and dredge for coal exports. It is at the expense of some of the world’s greatest natural treasures that Abbott has tried to leave his legacy.

Unfortunately, Prime Minister Abbott hasn’t been alone in this quest to destroy the Great Barrier Reef. In fact, the U.S. Export-Import Bank has been planning to open massive coal mines in Australia’s Galilee Basin and dredge one of the most fragile ecosystems in the world. If their plan comes to fruition, not only will Abbott make money off the Reef’s destruction, but your American tax dollars will have helped him do it.

Luckily, many people down under are fighting back against Prime Minister Abbott’s extreme views.

Just recently, activists were able to save the Leard State Forest from the needless clear cutting by the Whitehaven Coal company. In this major victory for environmental champions, instead of building a new coal mine in this critical habitat, the coal company has been ordered to stop clearing during the winter when many threatened species are hibernating, thus protecting these species and this important forest.

Even more, these Australian environmental champions come from all backgrounds, including the Australian Labor Party leader Bill Shorten.

In an interview with The Sydney Morning Herald, Mr. Shorten touted climate disruption as an across-the-board issue that will affect not only the environment but also national security and the economy.

That’s why it is so crucial for Prime Minister Abbott and his allies to not only address climate disruption in their home countries but at every major international forum, including the G20 Summit. It is only through global cooperation in the fight against climate disruption that we can protect our futures for generations to come.