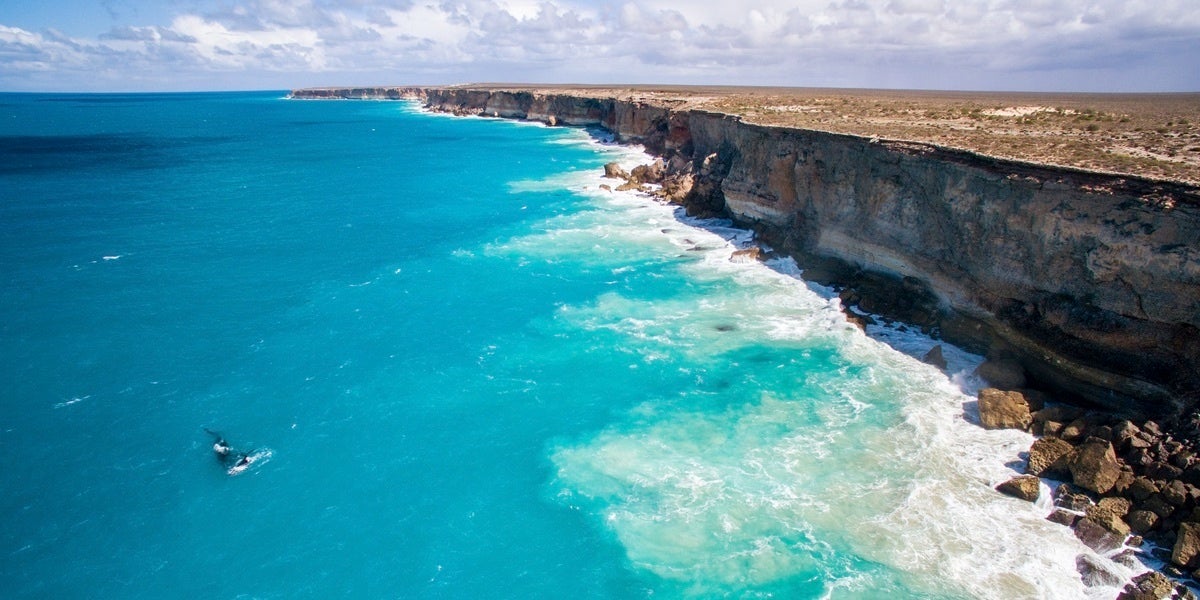 Equinor, Norway’s state oil company formerly known as Statoil, has faced criticism from environmentalists over its plans to drill the Great Australian Bight off the country’s southern coast. A potential spill in the area would threaten the ecosystem and endanger the largest breeding populations of endangered southern right whales in the world.

Such fears are now confirmed if a blowout should actually occur, according to a leaked draft Oil Pollution Emergency Plan authored by Equinor and obtained by Greenpeace‘s Australia Pacific branch.

In a “worst credible case discharge” scenario—which involves a “loss of well control” and subsea releases of crude oil for more than 100 days—the spill could impact Australia’s entire southern coast and even reach as far north as Sydney, the document shows.

This map shown in
this tweet is based on Equinor’s modeling of 100 different spills in the Great Australian Bight between the October to May drilling season.

“This leak should be the final nail in the coffin of Bight oil drilling,” Greenpeace Australia Pacific senior campaigner Nathaniel Pelle said in a
press release. “Not only does it show that oil could drench a previously unimaginable area that would include iconic beaches such as Bondi and Manly, it also shows that oil companies have no plan for stopping such a leak should it occur.”

Not only is the Great Australian Bight a significant southern right whale calving grounds, it’s a feeding area for blue whales, humpback whales, orcas, sea lions and is one of Australia’s most important fisheries, Greenpeace says.

Equinor’s map shows how far an oil spill could spread in 60 days after the flow of oil was stopped by drilling a relief well to kill the impacted well. Under the worst case scenario, a “loss of well control” will release an average of 6,739 cubic meters of oil per day until the well is killed on day 102.

Equinor plans to drill for oil off South Australia’s Eyre Peninsula using similar plans abandoned by BP and Chevron, according to ABC Australia.

Greenpeace noted that the leaked document comes just days after the Australian regulator NOPSEMA released BP’s Well Operations Management Plan, which showed that an oil spill in the Great Australian Bight could release more than twice the amount of crude oil that entered the Gulf of Mexico after the Deepwater Horizon disaster.

What’s more, the safety equipment would be unusable for more than a third of the year due to high waves, Greenpeace determined.

“BP’s plan showed that not only would the high waves of the Bight make the use of a capping stack impossible but they also said it was ‘highly unlikely’ a second rig could be found to drill a relief well and ‘kill’ the leak,” Pelle explained.

The BP plan said that a capping stack cannot be used in seas above 3.5 meters. Greenpeace obtained data from the Australian bureau of meteorology that said the sea-state is above 3.5 meters 33.6 percent of the year.

He explained that the map was “based on an extremely unlikely worst-case event, simulated 100 times in different weather conditions and without any response action taken.”

“The images don’t represent an actual scenario, but the combination of 100 different extremely unlikely worst-case scenarios,” he added. “For Equinor, no oil spills are acceptable, and we will not go ahead until we are convinced we can drill safely.”