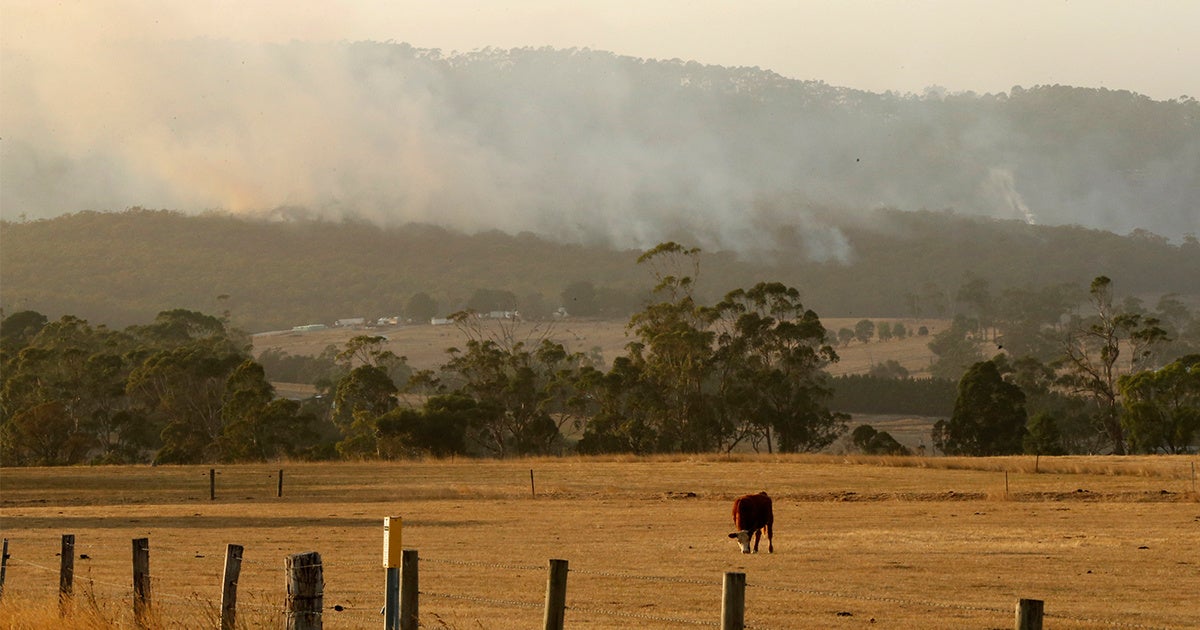 As many as 19 wildfires were burning in the Southeastern Australian state of Victoria on Monday, forcing thousands to flee their homes, CNN reported.

Lightning strikes last week were the immediate cause of the fires, Victoria emergency management commissioner Andrew Crisp said, according to CNN. Two of the fires, at Bunyip and Yinnar South in West Gippsland, destroyed nine buildings, including homes, on Sunday, The Guardian reported. As of Monday, more than 2,000 firefighters were working to control the blazes.

“This is a challenging time and it’s going to be a very busy time for firefighters and emergency services across the state,” Crisp said, according to CNN.

The Bunyip State Forest fire, which has burned through more than 12,000 hectares (approximately 29,653 acres), is the priority for firefighters because it threatens the largest number of homes, The Guardian reported.

The township of Tonimbuk inside Bunyip State Park was “all but wiped off the map” by the blaze, Network 10 journalist Candice Wyatt tweeted.

It’s believed the township of Tonimbuk has been all but wiped off the map in the Bunyip State Park fires. The Jinks Creek Winery is destroyed, and my friend’s house.. and many others, have gone up in flames. @10Daily @10NewsFirst @10NewsFirstMelb #bunyipfire #gippsnews pic.twitter.com/AS7gFrzCBK

One of the residents to suffer the impact of the fire was Andrew Clarke, owner of the Jinks Creek Winery, who lost the vineyard he had first started planting in 1979, Network 10 reported.

“My vineyard is basically melted. I was meant to be picking my grapes yesterday, the first lot. That’s about it, we’ve just lost everything,” Clarke said, according to CNN.

Firefighters are working to control the blazes before “gusty and erratic” winds are predicted to reach the area Wednesday. Cooler temperatures are also expected. However, accompanying thunderstorms could actually spark more fires, and the rain and snow predicted will not be enough to douse the fires, Bureau of Meteorology (BOM) senior forecaster Michael Efron told The Guardian.

“Really these fires will be burning for some time until we get significant rainfall,” he said.

This is what firefighters faced on the ground in Garfield North near #Bunyip yesterday, where MFB strike teams managed to save two homes and two granny flats from the #Vicfires. We're working closely with @CFA_Updates & @FFMVic crews to protect assets in the area @vicemergency pic.twitter.com/V2CCvoznFM

The bushfires continue a year of extreme weather for Australia, which began 2019 with a record-breaking heat wave.

“This is the hottest start to autumn in 30 years, following the hottest summer on record,” senior forecaster Tom Delamotte said in a statement reported by Network 10.

BOM’s State of the Climate 2018 report found that there had been a long-term increase in both extreme fire weather and the length of the fire season in most of Australia.