Australia’s Summers Are Now Twice as Long as Its Winters 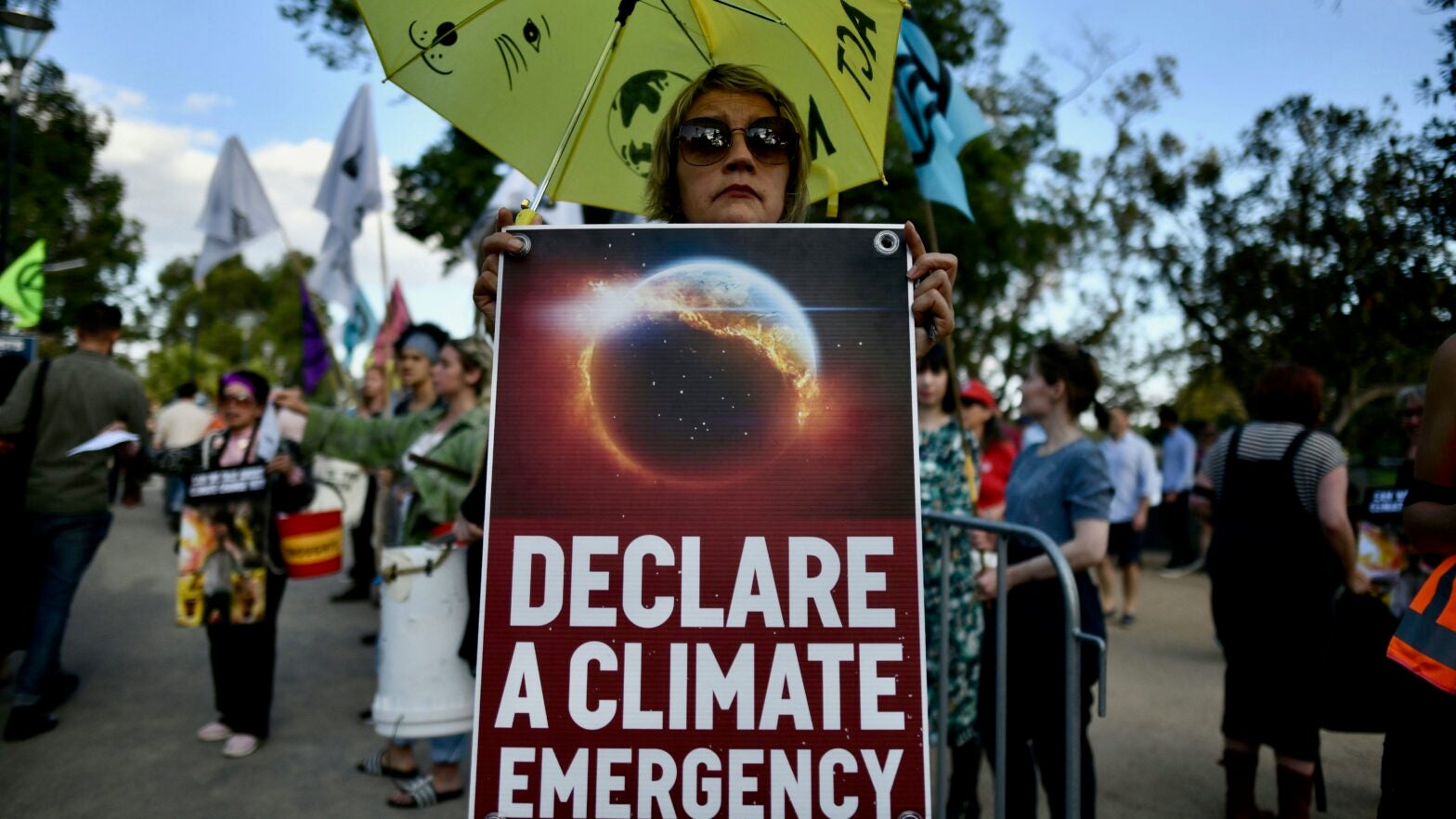 Demonstrators hold up placards outside the Australian Open venue during a climate protest rally in Melbourne on Jan.y 24. MANAN VATSYAYANA / AFP / Getty Images

The climate crisis has now stretched Australia’s summers twice as long as its winters, a new report has found.

The report, published by The Australian Institute Monday, comes after the country experienced its warmest and driest year on record, as well as a devastating wildfire season that killed 33 people and more than one billion animals, BBC News pointed out.

“Following the hottest Summer on record, it commonplace to hear older Australians claim Summers aren’t what they use to be. And they are right,” Australia Institute Climate & Energy Program Director Richie Merzian said in a press release. “Our findings are not a projection of what we may see in the future. It’s happening right now.”

“Our findings are not a projection of what we may see in the future. It's happening right now. Summers have grown longer in recent years & winters shorter," said Richie Merzian, climate & energy program director at @TheAusInstitute #auspol

The researchers looked at Bureau of Meteorology (BOM) temperature data from 70 weather stations across Australia, The Guardian reported. First, they compared temperature data from 1999 to 2018 with data from 1950 to 1969. They found that, between the two periods, summers had gotten 31 days longer while winters had gotten 23 days shorter. Then, they looked at data for the last five years and found that summers from 2014 to 2018 were around twice as long as winters.

This has major implications for the health and wellbeing of Australians. Extreme heat waves are the deadliest extreme weather events in the country, responsible for more deaths than all other hazards combined, Merzian said. Shorter winters also mean there is less time to implement strategies for managing bushfires during the off season.

“[T]he catastrophic 2019 fires near Port Macquarie occurred before summer as defined by the calendar, but well within the new summer as caused by climate change,” the report said, according to ABC News.

The report predicted that these hotter conditions would likely continue unless greenhouse gas emissions were reduced and ultimately zeroed out, according to The Guardian. Australia has seen one degree Celsius of warming so far, but is on track for three to four degrees of warming based on its current emissions targets.

Prime Minister Scott Morrison has faced criticism for failing to act on the climate crisis, BBC News reported. Australia is one of the highest carbon dioxide emitting countries per capita because of its reliance on coal.

“According to numerous modelling exercises, including those commissioned by the federal government, it is in Australia’s national interest and economic interest to put in place a strong policy to reduce emissions,” Merzian said. “The Australian Government’s current policies only serve to further fuel the climate crisis.”