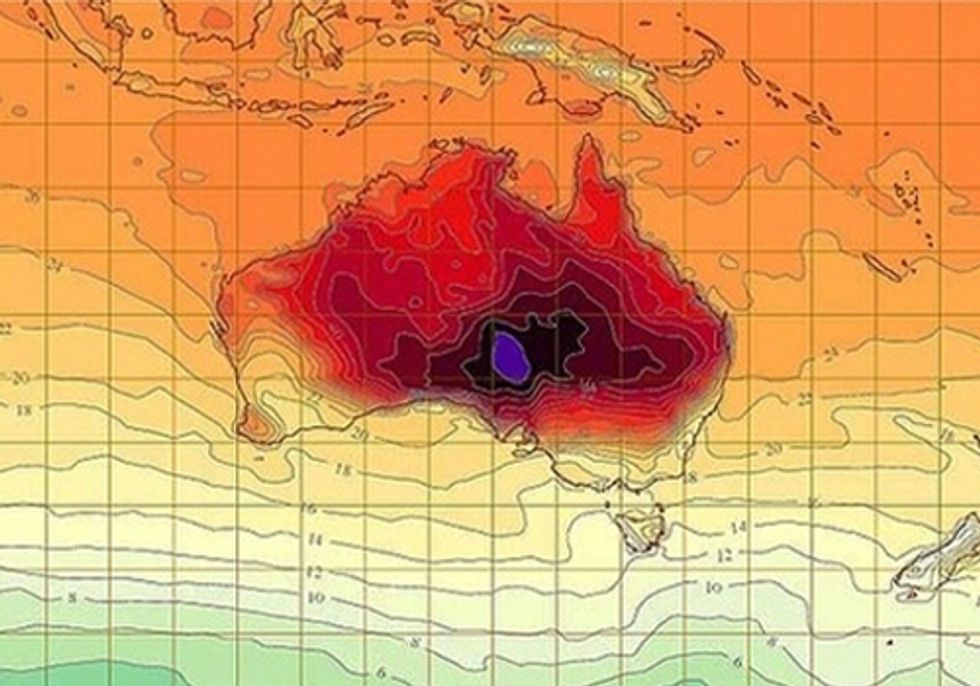 Australia has suffered through its hottest day on record, and more heat waves are forecast. If we want to spare our children worse to come, we need to stop creating greenhouse pollution.

"A few minutes later, an image arrived which was really—it's still quite upsetting to see the image - it's all of our five children underneath the jetty huddled up to neck-deep sea water which is cold, we've swam the day before and it was cold,” said Bonnie Walker, of Dunalley, Tasmania, while describing how her children and parents spent three hours in the water to survive the bushfire that destroyed their home.

“Heatwaves, fires, floods and southern Australian droughts are all expected to become more frequent and more intense in the coming decades. Snow and frost are very likely to become rarer or less intense events. Locally and regionally, the greatest impacts will be felt through changes in water availability and sea level, and extreme weather events,” according to the publication Climate Change: Science and Solution s for Australia.

Sometimes, you make a decision at the moment of a crisis that determines your fate. Sometimes, crises are short-lived and you can get underwater, get to high ground, lock yourself in a cellar, ride out the worst.

Climate change isn’t like that. The lead times for cause and effect are much longer and more lingering. The decisions we’ve made, worldwide, for the last two decades are costing lives and livelihoods right now, as the effects of climate change intensify. In some countries, this may mean more severe cold weather, in Australia, we get an intensification of our floods, heatwaves and fire.

Global warming, brought by increased concentrations of greenhouse gases like carbon dioxide and methane in the atmosphere, is changing the climate. It is increasing global temperatures and changing rainfall patterns. It is increasing the probability of extreme fire weather days in Australia, like the ones we’ve experienced around the country this week and in Tasmania last week.1

Over the coming decades, climate change will continue this trend resulting in greater numbers of extremely hot days and intense heatwaves. On the current climate change trajectory, the number of days over 35°C each year is likely to rise substantially in all major cities by the end of the century. For example, in Darwin they could rise from the current 11 to more than 300 days each year.2

When it comes to climate change, we won’t be able to hide from the flames. Action we take this year won’t change the conditions we experience next summer. But if we take action to stop dumping greenhouse pollution in the sky, it might just change the summer our kids have in 2030.

Our hearts are too full of compassion and worry about our country men and women fighting fires right now to outline how Australia can save the summer of 2030.

For now, we’re crouching in the cool and waiting for the storm to pass. But, when it’s over and we’re counting the cost, we hope very much that you will join us in fighting to keep the heat down for our little ones.

Georgina Woods is a climate campaigner at Greenpeace Australia.

3 Bambrick, H., Dear, K., Woodruff, R., Hanigan, I., and McMichael, A. (2008). The Impacts of Climate Change on Three Health Outcomes: Temperature-Related Mortality and Hospitalisations, Salmonellosis and Other Bacterial Gastroenteritis, and Population at Risk From Dengue. Cambridge, UK: Cambridge University Press.