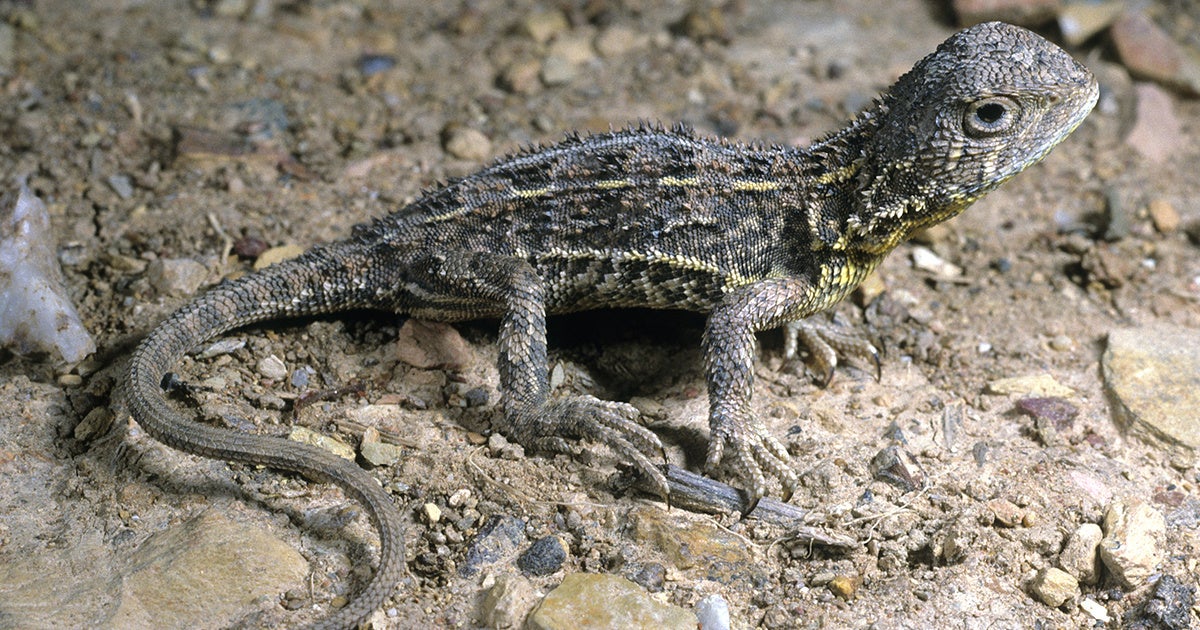 Got good eyesight and some time on your hands? Australia needs you.

Zoos Victoria has issued a public appeal to help find a lizard species that hasn’t been credibly observed in 50 years. The Victorian grasslands earless dragon (Tympanocryptis pinguicolla) was last seen in 1969 and could possibly be mainland Australia’s first reptile extinction — if it isn’t just hiding.

And hiding is something this dragon is good at. In addition to being small, elusive and camouflaged, the species also managed to hide its very existence from scientists until this year.

Its cover was blown last month when researchers announced that what had previously appeared to be one lizard species — the grassland earless dragon — was actually four different species with minor morphological differences and unique genetic makeups.

The previous taxonomic name, T. pinguicolla, has been assigned to the lizards once found, but now long unseen, in the Victoria region. The three new species, all found in different locations, have been named T. lineata in the Canberra region; T. osbornei in Cooma; and T. mccartneyi near Bathurst.

The new dragon species — including the possible extinction — were announced in a paper published May 22 in the journal Royal Society Open Science.

The paper’s title identifies the Victorian dragon as “the first possible extinction of a reptile in mainland Australia,” but the write-up takes a much more cautious approach. The researchers note that the species is difficult to detect and surveys may not have covered all the dragons’ remaining habitat. Therefore, they wrote, “we suggest that T. pinguicolla does not yet meet the criteria for being considered either Extinct or Critically Endangered (Possibly Extinct).”

Its extinction risk, however, still needs to be assessed, as does that of the other three species.

“Now that they are four separate species the conservation recovery teams will be working to re-evaluate the status of the species,” lead author Jane Melville told the Australian Associated Press. She also noted that the recovery plan for the previously recognized species is a decade old and in need of revision.

If the Victorian dragon still exists, now is the time to find it. The grasslands where it was previously seen have mostly been paved over or converged to agricultural fields, leaving little possible habitat. A 2017 study identified a few possible locations to search, but intensive trapping in 2018 failed to turn up any living dragons, according to Zoos Victoria. (The search did, however, improve their understanding of the local invertebrate community, showing that the areas could still potentially support the lizards.)

The zoo is still looking, and they hope the general public can aid in the dragon quest. “We need your help,” the zoo posted last month. “Nine possible sightings have been reported by the community in the past two years. Upon further investigation these were identified as other dragon species, but the more people looking, the higher the chance of finding the dragons if they are out there.” Sightings can be reported to the Dragon Search website.

Does the Victorian grassland earless lizard still exist? In a recent post for The Conversation, Melville acknowledged that the news of the possible extinction was worrying, but quickly added “We’re not leaving this lizard for dead just yet.”

The quest continues — as it does for so many other lost and possibly extinct species.

John R. Platt is the editor of The Revelator.