Australia Is Burning. Jakarta Is Drowning. Welcome to 2020. 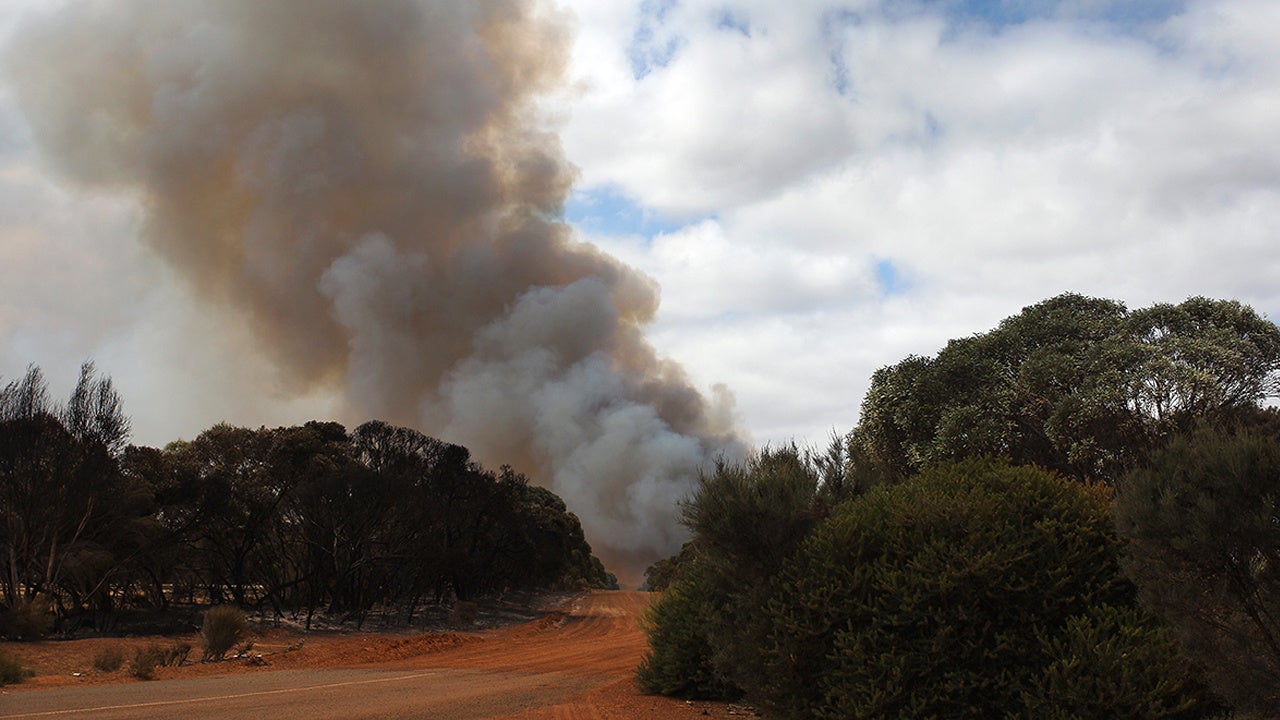 At first glance, the images seem more like nightmares than real life. Blood-red skies that appear to have seeped into the earth below, staining it hellishly. Cyclone-like whirls with columns of flame at their centers. People and animals huddled close together on a beach, ready to jump into the ocean should the encroaching fires reach their makeshift camp and leave them with no choice.

New years are supposed to augur new beginnings: the chance for all of us to reconsider our priorities, refresh our spirits, and recommit to goals yet unreached. But the images coming out of Australia — where bushfires have destroyed more than 12 million acres, killing at least 26 people and perhaps as many as a billion animals — make it difficult to greet 2020, or the new decade, with optimism about the fight against climate change. The personal accounts of those who have endured the fires, which were exacerbated by drought and record-high summer temperatures, use words like “apocalyptic,” “dystopian,” and “Armageddon” — language that connotes not only devastating loss but also a stark finality.

Occurring simultaneously with the Australian bushfires but receiving far less coverage is the massive flooding in and around the Indonesian capital of Jakarta, which as of this writing has already displaced hundreds of thousands of people and killed at least 66. In a normal world, where an entire continent wasn’t burning so violently that the smoke was visible from outer space, Indonesia’s floods would easily count as the biggest climate change story of the new year. But we’ve now reached the point where there are bound to be multiple climate-related disasters happening around the world at the same time. Paradoxically, the more frequent these events are, the less likely any individual one of them is to command our full attention — even though the very fact of this increased frequency is undoubtedly the most important story of our lifetimes.

Australians and Indonesians are suffering almost unimaginably right now. But in addition to pain, there’s fury. And in that fury, there’s hope that the people of the world will demand more from their leaders. Visiting the fire-ravaged New South Wales town of Cobargo last week, Australian prime minister Scott Morrison was met with open hostility by residents, angered by what they saw as the government’s lackadaisical response to a disaster that began back in September and is expected to go on for several more months. (He also did himself few favors by jetting off to Hawaii with his family at the height of the crisis.) But for many Australians, Morrison’s greatest transgression has been his stubborn refusal to connect the protracted length and deadly intensity of Australia’s fire season to climate change — a topic he would rather avoid, given his close relationship with his country’s fossil fuel industry. In 2017, while serving as Australia’s treasurer, he addressed Parliament while holding a lump of coal, proudly showing it off to the lawmakers and urging them to not be “afraid” of it. Morrison isn’t a climate denier, exactly; when asked about it, he’ll acknowledge that climate change exists. He’s more of a climate hypocrite: someone who’s willing to concede the point, rhetorically, all so that he can deflect attention from the dirty energy policies that are demonstrably contributing to his country’s current miseries. In fact, Australia has earned the dishonor of being ranked dead last out of 57 countries recently evaluated for how well they’re fighting climate change at the policy level.

Meanwhile, Indonesians are directing their fury at their government’s inability to respond quickly and forcefully enough to a single, inescapable truth: Jakarta is sinking. According to the World Bank, the city could well be at 16 feet below sea level in just five more years. Last August, in a move that stunned the world, Indonesia’s leaders revealed that they would be transferring the nation’s capital to Borneo. While many government workers may have been relieved to hear the news, the announcement did little to quell the fears of the other nine million or so people who live in and around Jakarta and who lack the resources to pack up and leave. Wealth inequality is rampant in Indonesia; climate change is showing us what it looks like. One photograph on Twitter taken during the recent flooding distills the magnitude of this problem simply and breathtakingly. The aerial image shows both an upscale, resort-style hotel and the much poorer residential neighborhood separated from it by the resort’s security fence. The hotel appears untouched by the flooding; the adjacent neighborhood, however, is almost completely underwater. The reason: The hotel — like most new developments that cater to tourists and elites — is elevated several feet above street level. The tweeter’s terse caption: “If you think [the] gap isn’t real, think again.”

If 2019 was the year that climate consciousness hit its tipping point, thanks in large part to the efforts of Greta Thunberg and the youth climate strikers, then 2020 is already shaping up to be the year that we fully absorb the message these activists have been struggling to impart: Policies matter. The people of Australia and Indonesia need immediate disaster relief. (Learn more about how you can help them here and here.) But once they’ve gotten it, they need something else: governments that will work to prevent future disasters by enacting climate policies that cut carbon emissions, hasten the end of coal and other dirty fossil fuels, preserve and improve infrastructure, encourage cities to adapt to a new slate of inevitable challenges, and ensure that the negative effects of climate change aren’t borne disproportionately by the poor and politically marginalized.

The images coming out of Australia and Indonesia right now are hard to look at. But we can’t afford to look away.

By nearly every credible account, 2020 is the last year we have to get things right. The horror we’re witnessing in just these first weeks is a reminder that there’s no time to waste — and definitely no time to indulge governmental hypocrisy or lassitude. This is the year that the people hold their leaders to account. It has to be.