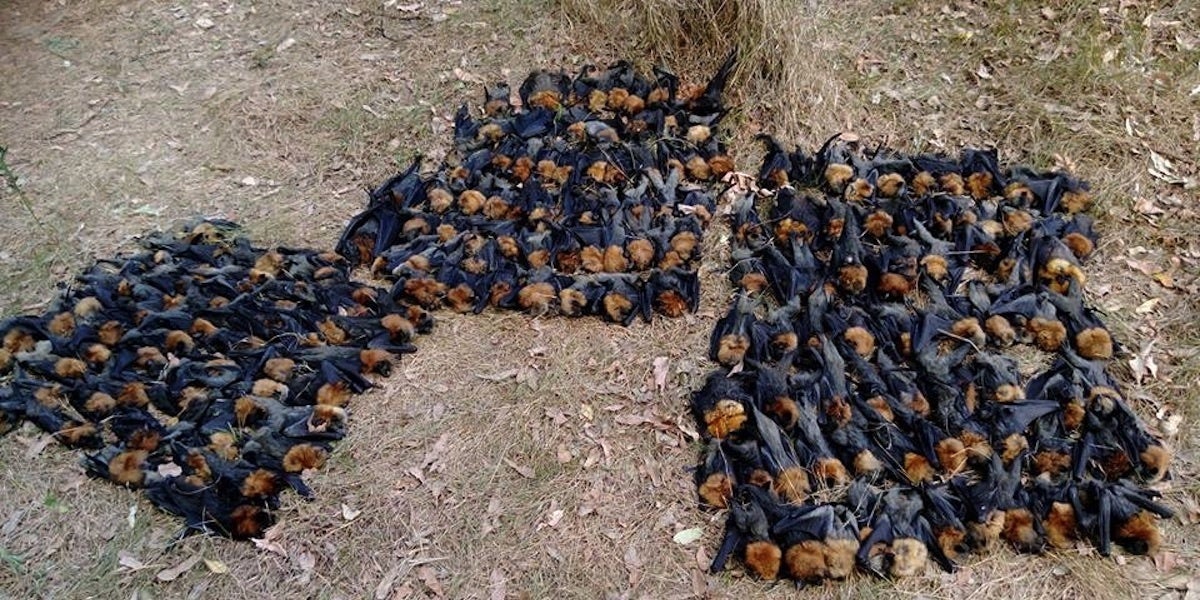 The catastrophic heat wave in Australia led to the death of hundreds of flying foxes in the Sydney suburb of Campbelltown on Sunday.

“So many little lives lost due to the extreme heat and not enough canopy cover to shade them or keep them cool,” the Help Save the Wildlife and Bushlands in Campbelltown campaign posted on Facebook. “As the dead bodies were recovered and placed in a pile for a head count the numbers had reached 200 not including the many hundreds that were still left in trees being unreachable, sadly a few adults were also included in the body count.”

Local rescuers and carers tried to save as many as the bats possible by rehydrating them and taking them to places to cool down, the Guardian reported.

“There were tears shed and hearts sunken,” the Facebook post continued, “it’s [devastating] when a colony like our local one goes down like this due to heat, this colony needs more canopy cover and shaded areas to help with our ever rising hot summers because this episode will surely not be the last.”

Ryan said the bats “basically boil” in the extreme heat.

“It affects their brain—their brain just fries and they become incoherent,” she said. “It would be like standing in the middle of a sandpit with no shade.”

She added that because of climate change, there was not much that could be done to prevent a similar incident from occurring again.

Scientists have declared 2017 as one of the hottest years in modern history. EcoWatch reported earlier this week that the triple-digit heat wave in several parts of Australia has also prompted warnings of dangerous bushfire and has literally melted part of a busy highway.

This is far from the first time these animals have succumbed to scorching heat. In Feb. 2017, more than 700 flying foxes died during a 116.6-degree heat wave in the New South Wales Hunter region town of Singleton.

You can help the effort to save the bats by donating to the WIRES website here.