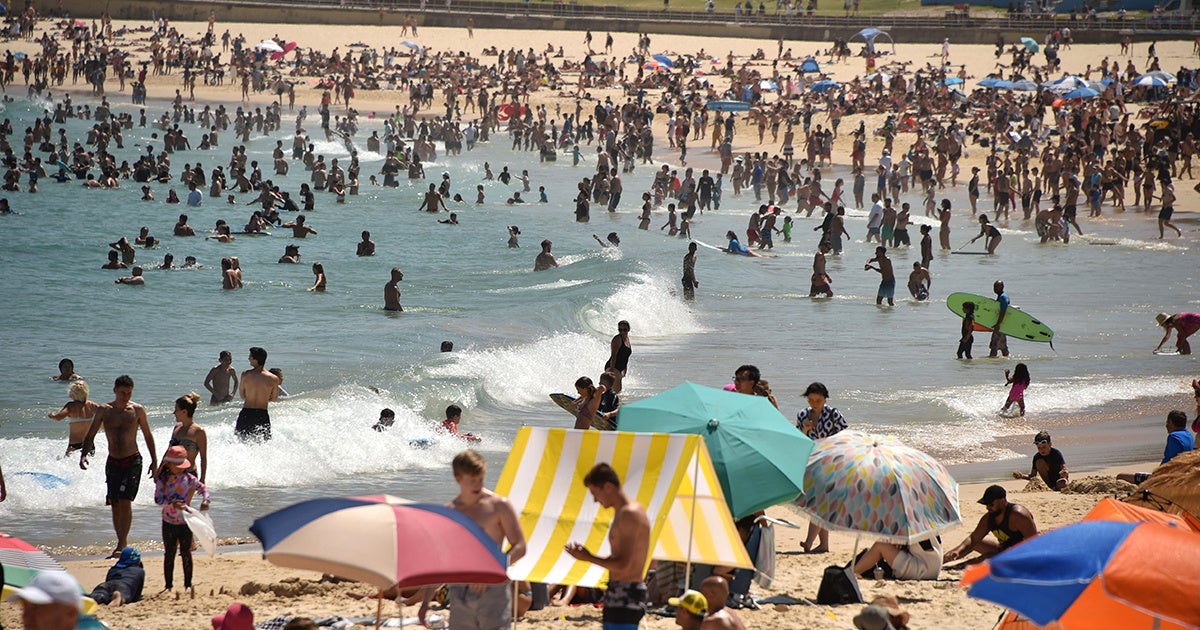 Australia is sweating through yet another record breaking heat wave, with the past four days among the country’s 10 hottest days on record, the Bureau of Meteorology announced Tuesday.

The town of Port Augusta in South Australia hit 48.9 degrees Celsius (approximately 120 degrees Fahrenheit) on Tuesday, the highest temperature since record keeping began there in 1962. Meekatharra in Western Australia and Fowlers Gap and White Cliffs in New South Wales all broke their minimum temperature records when the overnight minimum reached 33 degrees Celsius (approximately 91.4 degrees Fahrenheit) on Monday, The Guardian reported.

The past 4 days are in Australia's top 10 warmest days on record—and the trend looks like continuing today. The nights have been warm too, which is what defines #heatwave conditions https://t.co/u6dbfmKPk6 Stay cool, check on loved ones & follow advice from health authorities pic.twitter.com/8Qisw9m4LM

“It’s quite a significant heatwave because we are expecting a number of records to fall across those areas for both minimum and maximum temperatures,” Senior Bureau of Meteorology meteorologist Dean Sgarbossa told The Guardian.

Western Australia, South Australia, Tasmania, Victoria, New South Wales and the Australian Capital Territory could all see maximum temperatures eight to 12 degrees Celsius (approximately 46.4 to 53.6 degrees Fahrenheit) above average by the end of the week, with some areas seeing temperatures as high as 16 degrees Celsius (60.8 degrees Fahrenheit) above average. Parts of South Australia, New South Wales and Victoria could all break January heat records between now and Friday.

The high temperatures are beginning to impact the health of humans and wildlife. Sixteen people have arrived at emergency departments in South Australia and seven were admitted, The Australian Associated Press reported. South Australia’s government has declared a code red to free up emergency funding to help the homeless. Also in the state, a Red Cross service that makes daily phone calls to vulnerable people during heat waves has been activated through Thursday, The Guardian reported.

In New South Wales, meanwhile, health officials warned that the high temperatures could lead to higher than normal ozone air pollution, which could have an outsized impact on people with asthma or other respiratory ailments.

The country’s plants and animals are also suffering, CNN reported. More than a million dead fish have been found on the banks of the Murray-Darling River Basin, though environmentalists say this is partly due to the fact that agriculture consumes too much of the river’s water.

“A lack of water in the Darling River and the Menindee Lakes means that authorities were unable to flush the system before millions of fish suffocated through a lack of oxygen in water,” independent New South Wales lawmaker Jeremy Buckingham said in a statement reported by CNN.

Bats are also falling from trees in Adelaide and stone fruits like peaches and nectarines are starting to cook from the inside, with devastating impacts for farmers.

“The stone burns them, which means they burn on the inside, they become squashy and you can’t use them,” Dried Tree Fruits Australia chairman Kris Werner told ABC, as CNN reported.

The heat wave is Australia’s second within weeks, as another broke records between Christmas and New Years, and Bureau of Meteorology Regional Director for South Australia John Nairn said they were related.

“Since then we have not had a weather event that has pushed the hot air out of the continent and it’s been recirculating back and forth,” Nairn told The Australian Associated Press. “It’s basically a very large pool of air that’s been building and that’s not being shed.”

A hot air mass over the interior of #WA will migrate across to southeast #Australia over the coming days. Hot days and warm nights ahead for those areas. For latest forecast and warnings visit https://t.co/4W35o8i7wJ pic.twitter.com/LfwdbhnhBG

In the longer term, climate change has already contributed to an increase in the frequency and severity of Australian heat waves. The State of the Climate 2018 report, prepared by the Bureau of Meteorology and Commonwealth Scientific and Industrial Research Organisation, found that Australia’s climate had already warmed more than one degree Celsius since 1910.

“It’s harder to feel that change in the average climate but we certainly see and feel the change in extreme events, which blows through to those really record-breaking temperatures that we see in capital cities and elsewhere,” Bureau of Meteorology Manager of Climate Monitoring Dr. Karl Braganza told SBS News in December.