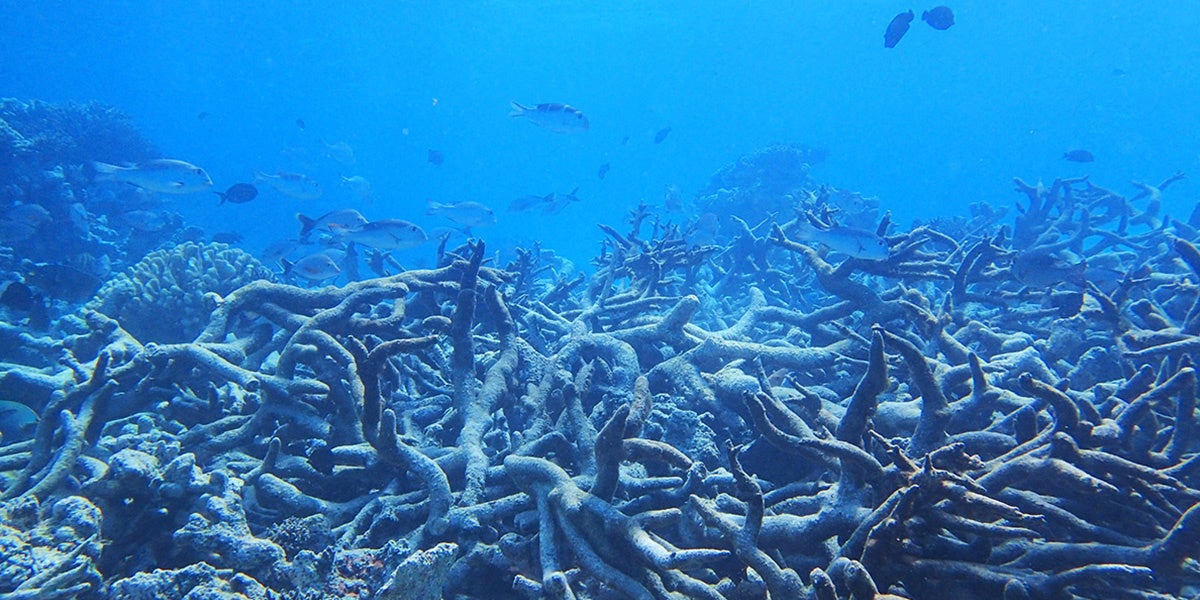 The Australian government announced Sunday its largest investment in the
Great Barrier Reef to date. More than $500 million Australian dollars (US $379 million) will go towards helping the highly vulnerable site that’s under threat from climate change.

However, some have criticized the move as a “band-aid plan” as the fossil fuel-friendly government promotes the building of new coal mines, which fuels global warming that harms the reef.

“It is an investment not only in the future of the Great Barrier Reef, but also in Australian jobs and our economy through the tourists the reef attracts every year,” Prime Minister Malcom Turnbull’s office, along with the ministers for foreign affairs, energy and environment, said in a joint statement.

The government
said the site is a critical national asset providing AUS $6.4 billion a year to the Queensland and Australian economies and supporting 64,000 jobs. The $500 million will go towards the improvement of water quality, tackling coral-eating crown-of-thorns starfish outbreaks, reducing pollution into the reef, mitigating the impacts of climate change and implementing scientific reef restoration.

But environmentalists
pointed out the government is simultaneously backing a new coal mine in Central Queensland and subsidizing fossil fuel industries.

“If the Turnbull government was serious about saving the reef they would be willing to take on the industry responsible for the damage,” said
Bill McKibben, founder of 350.org.

If Malcom Turnbull wants to save the Great Barrier Reef they should stop Adani – and get serious about reducing carbon pollution. #StopAdani

The most significant environmental threat facing the iconic reef is climate change, according to the 2014 report from the Australian government.

“Not only does this funding continue to focus on peripheral issues without tackling the real problem, it also ignores the fact that if we continue to roll out the red carpet to projects like the Adani Carmichael mega-mine it won’t matter how much money the government sets aside—the waters will continue to warm,” he noted.

This is The Big Lie.

That means no new coal, oil and gas. Turnbull knows this. They all know it. But they prefer to repeat The Big Lie.https://t.co/p3cekvOy1y #coaltruth https://t.co/TIg5PbDdhE

Rising ocean temperatures are increasing the frequency and intensity of
coral bleaching, which has had major detrimental impacts on the Great Barrier Reef. Researchers have directly attributed this problem to rising atmospheric greenhouse gases, and warn that bleaching mortality will almost certainly increase as temperatures continue to rise.

A study published in
Nature this month found that a record-breaking marine heatwave in 2016 across the Great Barrier Reef left much of the coral ecosystem at an “unprecedented” risk of collapse.

Another factor in reef decline is nutrient runoff from agriculture, which has led to rising populations of coral-consuming crown-of-thorns starfish.

Still, Terry P. Hughes, director of a center that studies coral reefs at James Cook University in Queensland, tweeted that the government’s plan to fight the starfish outbreak would not be enough to save the imperiled reef.

Greenpeace’s Casule said that no amount of money would help the reef if extreme heat driven by climate change continued to warm the waters surrounding the coral.

“Any Australian government that wants to protect the reef must outline and commit to a credible science-based plan to tackle climate change and move to rapidly reduce both our domestic emissions and those that we export,” Casule said.

“You can have coral or coal. You can’t have both.”