Australia Just Had Its Hottest January Ever Recorded 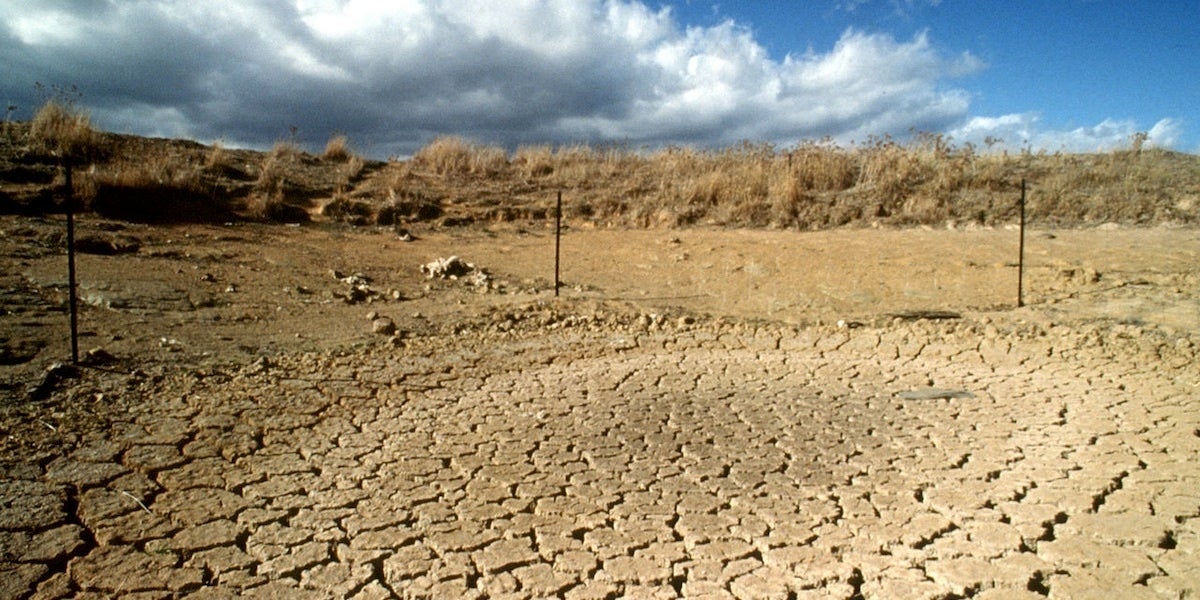 Hey President Trump, here’s some of that global warming you were asking for. As much of the northern hemisphere shudders through a blistering winter, in Australia, where it’s the middle of summer, temperatures for the month of January were the hottest on record, the Australian Bureau of Meteorology confirmed Friday.

The
extreme weather has sparked wildfires in the drought-ridded south. Australian Open tennis players fainted, vomited and hallucinated, heat-stressed bats literally fell out of trees and wild horses died en masse from thirst. Meanwhile, the tropical north has been battered by historic flooding and rainfall.

“We saw heatwave conditions affect large parts of the country through most of the month, with records broken for both duration and also individual daily extremes,” the bureau’s senior climatologist Andrew Watkins said in a
release. “The main contributor to this heat was a persistent high pressure system in the Tasman sea which was blocking any cold fronts and cooler air from impacting the south of the country.”

“At the same time,” Watkins continued, “we had a delayed onset to the monsoon in the north of the country which meant we weren’t seeing cooler, moist air being injected from the north.”

Across Australia, the average temperature exceeded 30°C (86°F) for “the first time this has occurred in any month,” the release said.

Its hottest January ever comes after its third-hottest year on record, the Associated Press noted. The only years hotter were 2005 and 2013. December 2018 also happened to be the country’s hottest December on record.

The nation’s increasingly extreme weather conditions are all the more foreboding as climate change, like in the U.S., has unfortunately become an ideological matter.

“Of course nothing to see here on climate change…..And pigs might fly,” former Australian prime minister Kevin Rudd tweeted Friday in reaction to January’s record-breaking heat. “The Murdoch Media and Morrison-Turnbull-Abbott should take a bow for more than a decade of bloody-minded opposition to climate change action in Australia [while] the country slowly burns.”

Of course nothing to see here on climate change…..And pigs might fly. The Murdoch Media and Morrison-Turnbull-Abbott should take a bow for more than a decade of bloody-minded opposition to climate change action in Australia.While the country slowly burns https://t.co/naXOuRcfjW

Australia is one of the countries most vulnerable to climate change, with relentless drought, deadly wildfires and devastating bleaching at the iconic Great Barrier Reef.

At the same time, Australia is one of the world’s largest coal exporters, accounting for 37 percent of global exports.

The current government has refused to follow the Intergovernmental Panel on Climate Change’s (IPCC) warnings to phase out coal power by 2050. Deputy Prime Minister Michael McCormack once said Australia should “absolutely” continue to use and exploit its coal reserves regardless of what the IPCC says.

On Wednesday, the Organization for Economic Cooperation and Development (OECD) warned the government to ramp up its emissions cuts in order to meet its 2030 Paris agreement target, Reuters reported, contradicting Morrison’s continued insistence that Australia will meet its Paris goals.

“Australia needs to intensify mitigation efforts to reach its Paris Agreement goal: emissions are projected to increase by 2030,” the OECD said in a report of Australia’s environmental performance.

We've just had Australia's HOTTEST MONTH EVER on record.

To stop global warming getting even worse, we must quit coal.