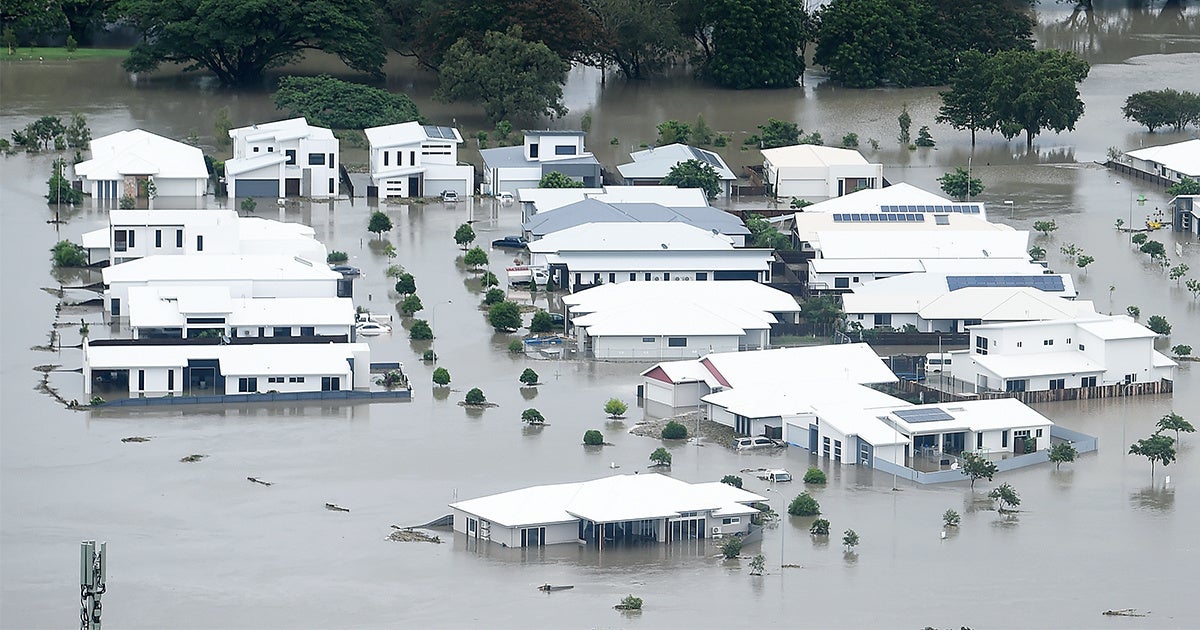 A once-in-a-century flooding disaster in northeast Queensland, Australia forced authorities in the city of Townsville to fully open the floodgates of the Ross River dam on Sunday night, causing nearly 2,000 cubic meters (approximately 70,629 cubic feet) of water to pour out of the dam every second from 9 p.m., News.com.au reported.

“We’ve never seen anything like this before,” Queensland Premier Annastacia Palaszczuk told Today, according to News.com.au. “In Queensland, of course, we’re used to seeing natural disasters, but Townsville has never seen the likes of this.”

Nearly 1,000 people in Townsville have sought refuge in relocation shelters, Australia’s ABC News reported. Queensland Fire and Emergency Services said Monday it had carried out 18 rescues from swift water and 1,100 relocations in the past 24 hours. So far, around 500 homes in Townsville have been flooded, News.com.au reported, but that number could increase.

“It could move up to the 10,000, 20,000 [mark],” district disaster coordinator Steve Munro said, according to News.com.au. “That’s the worst case scenario we’re looking at if things keep going pear-shaped. We don’t want to get to that stage.”

To download a high-resolution PDF of Townsville City Council's map of properties that could potentially be inundated by flooding, click here: https://t.co/DatfuWYyvX #bigwet #alert pic.twitter.com/xHeWElavwx

Townsville has received more than 20 times its average rainfall for late January / early February at around 3.3 feet in the past week. This breaks the record previously set by the Night of Noah flood in 1998, BBC News reported. Climate change is expected to increase extreme rainfall events across Australia, the Bureau of Meteorology’s (BOM) State of the Climate 2018 found.

BOM meteorologists have said water spouts and tornadoes could form along parts of the Queensland coast, but the rain should move further south of Townsville, ABC News reported. However, another half-a-meter to meter (approximately 1.6 to 3.2 feet) of rain could fall in north and central Queensland in the next few days, according to News.com.au.

“We don’t know when this event will end,” Townsville Mayor Jenny Hill said, according to News.com.au. “We cannot give you any certainty about what we are going to need to do into the future.”

Rainfall ☔ figures overnight in the 24 hours to 9am tell a grim story with 300-400mm in the Ross River catchment and 150-250mm around #Townsville. Another #monsoon rain band is approaching from the northwest now and visible on radar: https://t.co/vdC5ghuAJg pic.twitter.com/7gNikbl3vI

The onrush of rain and flood water has been a dramatic experience for residents.

“I’ve never seen anything like this,” Townsville resident Chris Brookehouse told ABC, according to News.com.au. “The volume of water is just incredible. Downstairs is gone, the fridge and freezer are floating. Another five or six steps and upstairs is gone too.”

Two policemen evacuating residents in a Townsville suburb were stranded themselves when the dam floodgates opened. Water swept their car away and they had to cling to trees for half an hour before being rescued themselves.

However, the rain hasn’t been a disaster for all of Queensland. In the west, it has helped counteract a drought.

“It is a welcome relief, especially in our western communities, to not only get the rain but also to fill up their dams,” Palaszczuk said Sunday, as News.com.au reported.

In #Australia where it's the middle of summer, temperatures for the month of January were the hottest on record. https://t.co/g7fG47r1rE