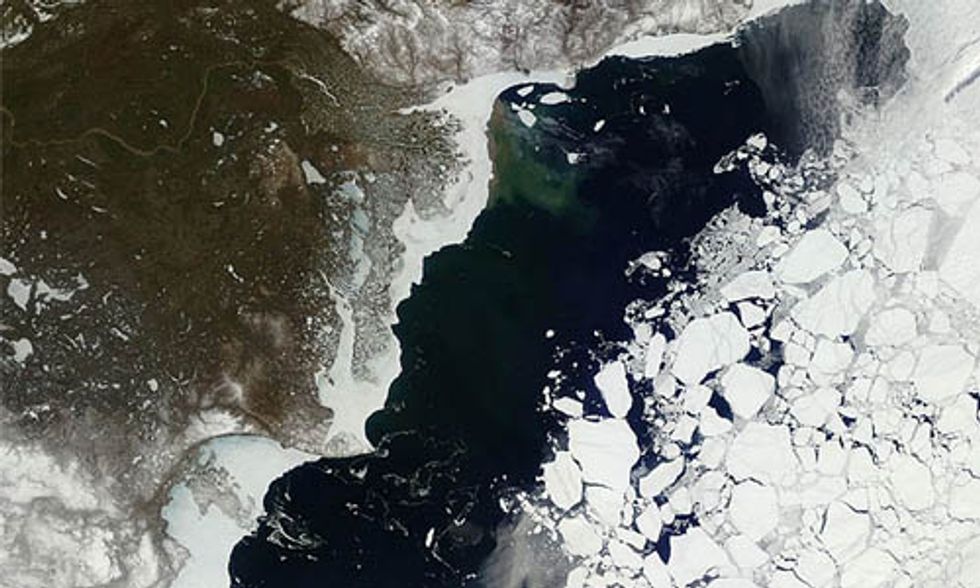 The atmospheric concentration of carbon dioxide reached a new high of 407.7 parts per million, a 3.76 ppm increase since last May, as measured at the Mauna Loa Observatory in Hawaii.

According to the National Oceanic and Atmospheric Administration, the planet last saw such an increase in carbon dioxide between 17,000 and 11,000 years ago.

Last month, Arctic ice levels hit a record low, with the average area of sea ice on the Arctic Ocean being just 4.63 million square miles, according to the National Snow and Ice Data Center. This follows previous record lows set this year in January, February and April.

The image above shows a May 21 view of Arctic sea ice in the Beaufort Sea from the Moderate Resolution Imaging Spectroradiometer sensor. Photo credit: NASA / GSFC

Sending Out an S.O.S.: It’s Time to Save Ourselves