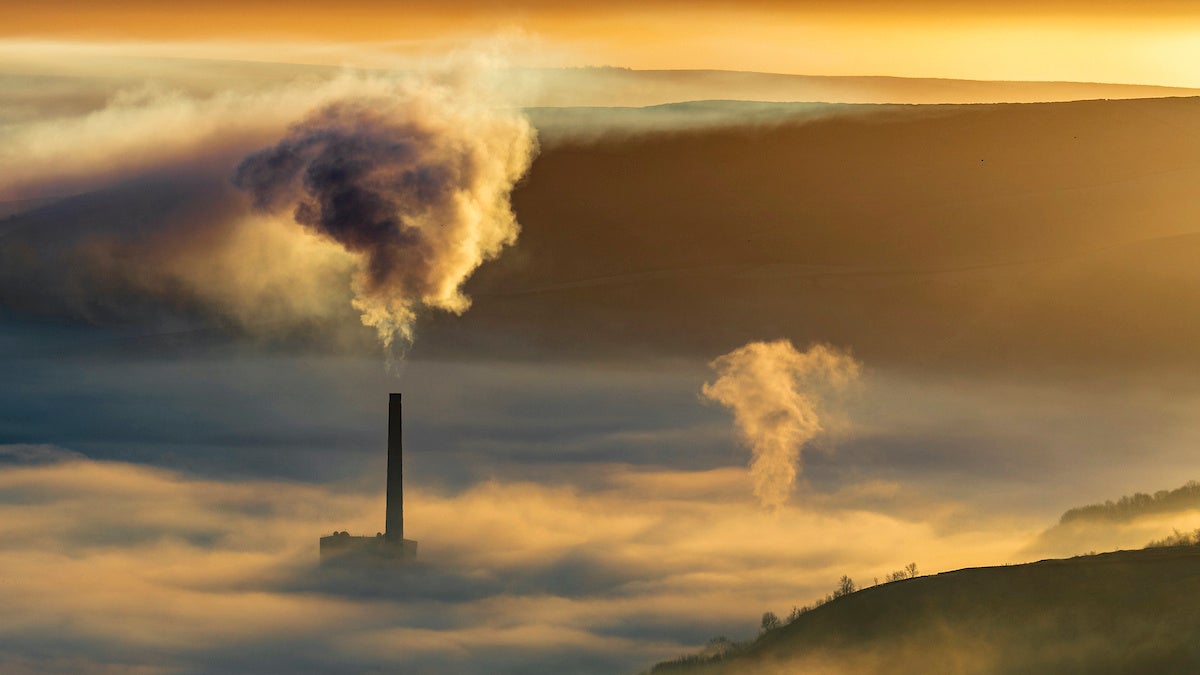 Human activity has pushed atmospheric carbon dioxide to higher levels today than they have been at any other point in the last 23-million-years, potentially posing unprecedented disruptions in ecosystems across the planet, new research suggests.

Understanding atmospheric concentrations of CO2 is “vital for understanding Earth’s climate system” because it “imparts a controlling effect on global temperatures,” said scientists in a study published in Geology.

Climate change is largely driven by a disproportionate increase of CO2 in the atmosphere largely resulting from the burning of fossil fuels like coal, oil and gas as well as cutting down or burning forests that serve as carbon stores, according to the Union of Concerned Scientists. A 2013 study published by the Intergovernmental Panel on Climate Change found that climate change from CO2 and greenhouse gas emission is not only caused by humans but has had “widespread impacts on human and natural systems.”

Previous measurements have turned to ice cores to determine CO2 levels present in the atmosphere throughout Earth’s history, but have only pieced together the last 800,000 years. To expand upon this record, researchers at the University of Louisiana at Lafayette used fossilized remains of ancient plant tissue to produce a record of atmospheric CO2 dating back 31 million years of “uninterrupted Earth history.”

As plants grow, the amount of two stable carbon isotopes, carbon-12 and carbon-13, change in response to CO2 levels in the atmosphere. With this in mind, the research team measured the relative amount of these carbon isotopes in fossil plant materials from 700 measurements, published in 12 studies, characterizing ancient plants and their lipids in order to calculate concentrations of CO2 in the atmosphere during the timeframe that the plants grew.

This atmospheric “timeline” did not show fluctuations in CO2 that are comparable to increases seen in the last century. In fact, the highest concentrations of CO2 were found during the Miocene, between 5 and 23 million years ago, but were still determined to have been below present-day levels.

“These data suggest present-day CO2 exceeds the highest levels that Earth experienced at least since the Miocene, further highlighting the present-day disruption of long-established CO2 trends within Earth’s atmosphere,” write the study authors in Geology.

The abrupt increase of greenhouse gas distribution today is unprecedented in Earth’s 23-million-year history, indicating that ecosystems and global temperatures may be more sensitive to smaller changes in CO2 levels than previously thought. Though CO2 levels have varied widely throughout Earth’s history, researchers believe that they have never fluctuated nor been as high as in recent years.

“One of the most pressing messages that climate scientists attempt to convey to the public is that current CO2 is elevated compared to the geological past,” write the study authors, adding that the results also indirectly imply that major changes in plant and early humans were not driven by large changes in CO2 but rather “relatively small-amplitude changes.”

Humans have increased atmospheric CO2 concentration by more than one-third since the Industrial Revolution began, according to NASA. Though the BBC reports “worst-case scenario” for emissions of CO2 in the 21st century is considered unlikely by researchers, scientists still expect a rise of around 3 degrees Celsius by 2100, according to The Guardian — 1.5 degrees Celsius above goals set forth by the Paris agreement. A report published by the National Oceanic and Atmospheric Administration earlier this year corroborates the findings, confirming that CO2 levels in 2018 were higher than at any other point in the past 800,000 years. The last time amounts were this high was more than 3 million years ago, when global temperatures were between 3.6 and 5.4 degrees Fahrenheit higher than during the pre-industrial era, and sea level was 50 to 80 feet higher than today.