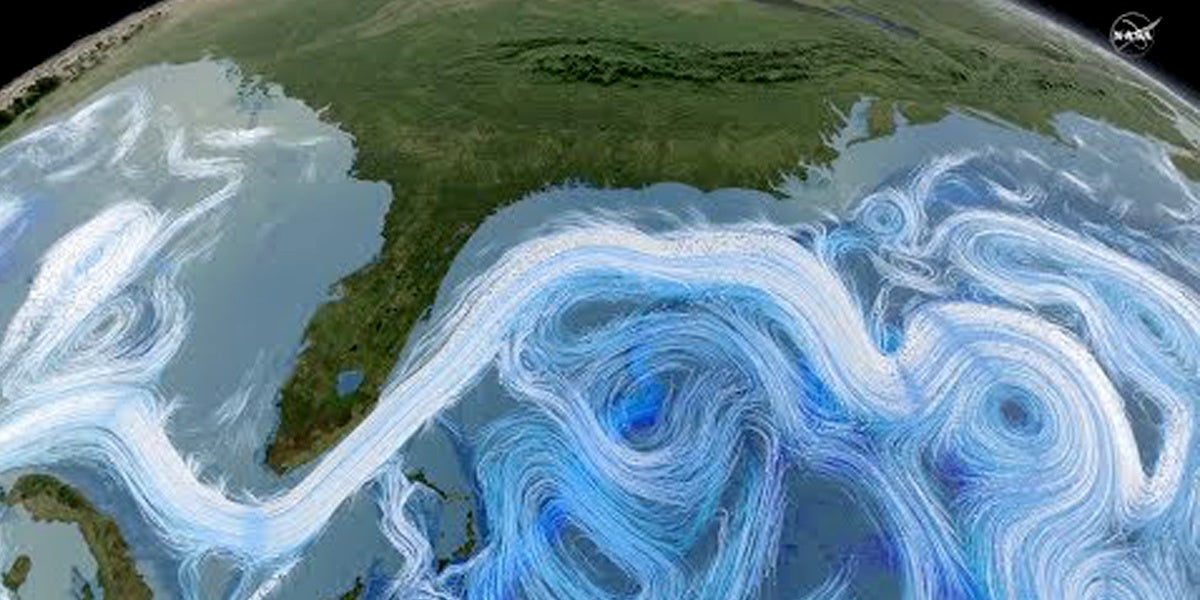 The Gulf Stream is slowing, the North Atlantic is cooling. An international scientific study has found new and harder evidence that one of the planet’s key heat pumps, the currents which exchange warmth between the tropics and the Arctic, are weaker today than at any time in the last thousand years.

The currents, known as the Atlantic overturning—its scientific name is the Atlantic Meridional Overturning Circulation (AMOC)—bring warm water north from the tropics and return south with cold water. 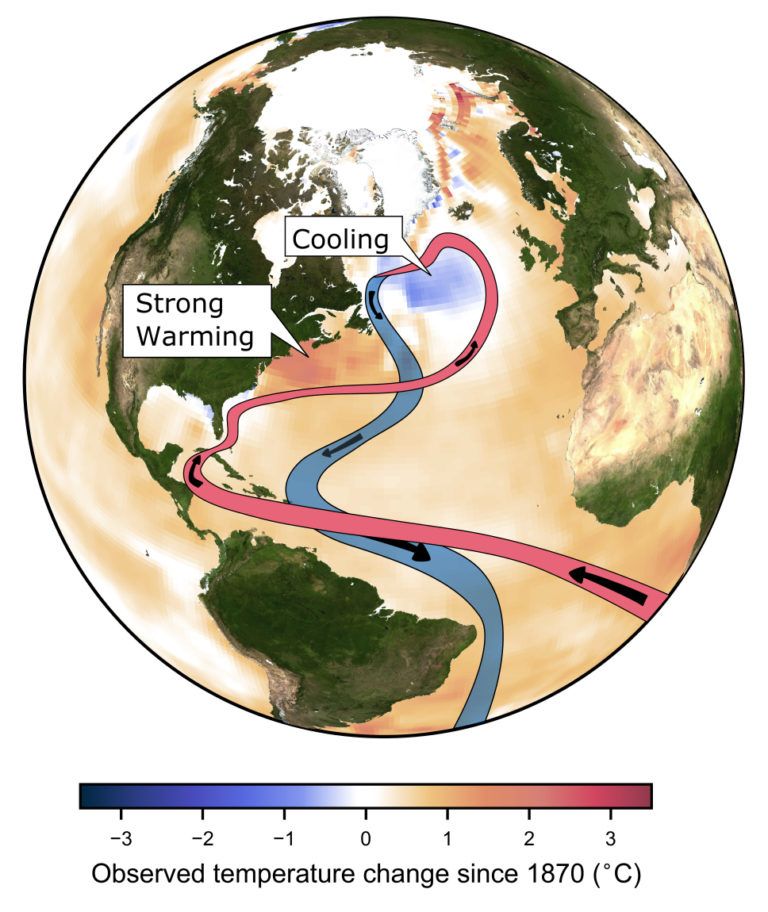 Earlier studies suggested strongly that any weakening of the AMOC would speed sea level rise on the U.S. east coast and cool north-west Europe by up to 5°C.

Those studies made use of computer simulations. But the latest research is radically different. It is based on direct observation of what is happening in the ocean. And it is, in non-scientific language, hard evidence that the Gulf Stream is slowing down.

A team from Germany’s Potsdam Institute for Climate Impact Research (PIK) and the U.S. National Oceanic and Atmospheric Administration has found evidence which it says not only supports the earlier predictions, but makes them hard to dispute.

In a study published in the journal Nature the researchers say analysis of sea surface temperature data shows that the AMOC has slowed down by roughly 15 percent since the middle of the 20th century, with human-made climate change a prime suspect.

“We detected a specific pattern of ocean cooling south of Greenland and unusual warming off the U.S. coast—which is highly characteristic for a slowdown of the Atlantic overturning, also called the Gulf Stream system,” said the lead author, Levke Caesar from PIK. “It is practically like a fingerprint of a weakening of these ocean currents.”

For decades, computer simulations have generally predicted that the AMOC will weaken in response to human-caused global warming. But whether this is already happening has until now been unclear, because of a lack of long-term direct current measurements.

Not any more, though. “The evidence we’re now able to provide is the most robust to date,” said Stefan Rahmstorf of the Potsdam Institute, who conceived the study. “We’ve analysed all the available sea surface temperature data sets, comprising data from the late 19th century until the present.”

“The specific trend pattern we found in measurements looks exactly like what is predicted by the computer simulations as a result of a slowdown in the Gulf Stream system, and I see no other plausible explanation for it.”

The Atlantic overturning is driven by the differences in the density of the ocean water: when the warm, lighter water flows from south to north it becomes colder, denser and heavier, making it sink deeper and flow back southwards.

Global warming is not the only influence on the AMOC. Increased rainfall and meltwater from the Arctic sea ice and Greenland ice sheet are also diluting the waters of the northern Atlantic, reducing the salinity. Less saline water is less dense and so less heavy, making it harder for the water to sink from the surface to the ocean depths.

There have been long debates about whether the AMOC could collapse, which would constitute a tipping element in the Earth system. The PIK study does not consider the AMOC’s future, instead analysing how it has changed over the past century.

A second study, by a team including David Thornalley, from University College London, in the same issue of Nature, looks into the Earth’s past climate to reconstruct Atlantic overturning changes over the past 1,600 years.

It provides independent confirmation for earlier conclusions that the weakness of the circulation today is unprecedented for more than a millennium at least.

“Several lines of evidence are coming together to a consistent picture now, all pointing at the same weakening since the 1950s,” said Prof. Rahmstorf. “[They include] sub-polar Atlantic cooling, the warming inshore of the Gulf Stream, Thornalley’s proxy data for subsurface Atlantic temperatures, and earlier proxy data from deep sea corals showing water mass changes in the Gulf of Maine.”