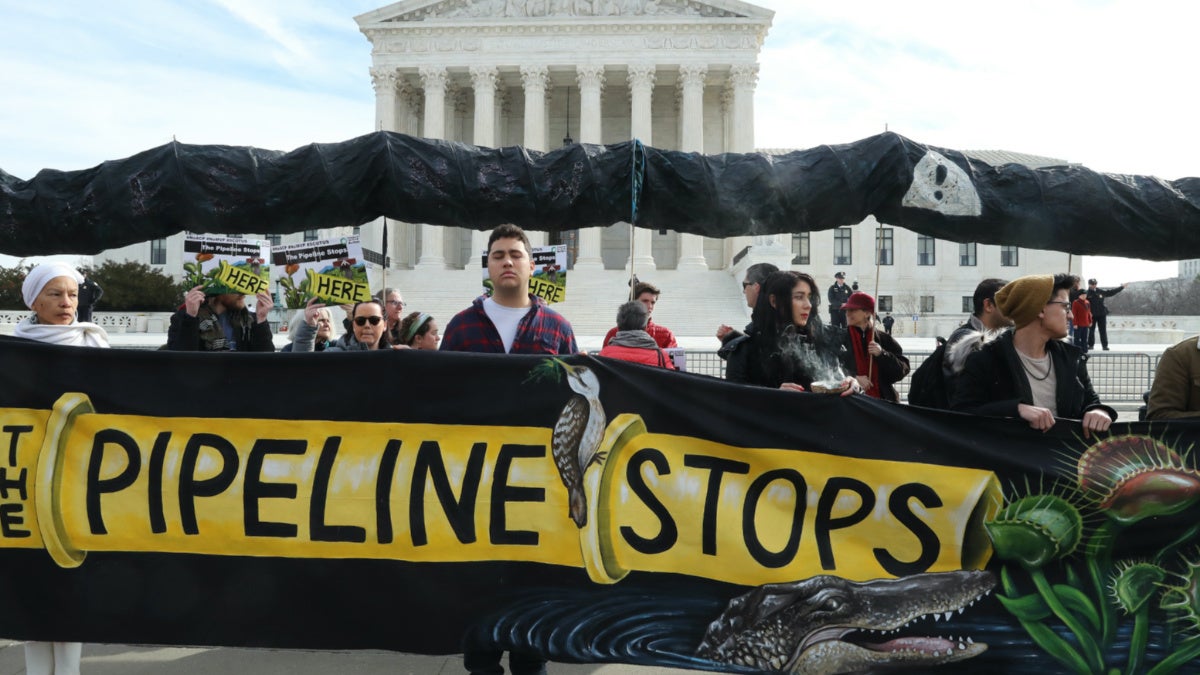 A large coalition of local and nationwide groups launched a campaign this week calling on Dominion to abandon a controversial pipeline ahead of the energy company’s annual shareholder meeting today.

The coalition, composed of nearly 80 organizations, argues Dominion is “betray[ing] its duty to shareholders” by continuing to push ahead with construction of the Atlantic Coast Pipeline, which Dominion now claims will cost billion and begin operations in early 2022. Two separate petitions with thousands of signatures opposing the pipeline were also delivered to Dominion executives today.

The proposed pipeline, which has also faced legal setbacks stemming from its disproportionate impact on vulnerable communities, is at least .5 billion over budget and about two and a half years behind schedule and has been downgraded by creditors. “New legislation and legal challenges have rendered the completion of the Atlantic Coast Pipeline unrealistic,” an ad taken out by the group in the Richmond Times-Dispatch and Washington Post says. “It’s time Dominion Energy walks away from the project for good.”