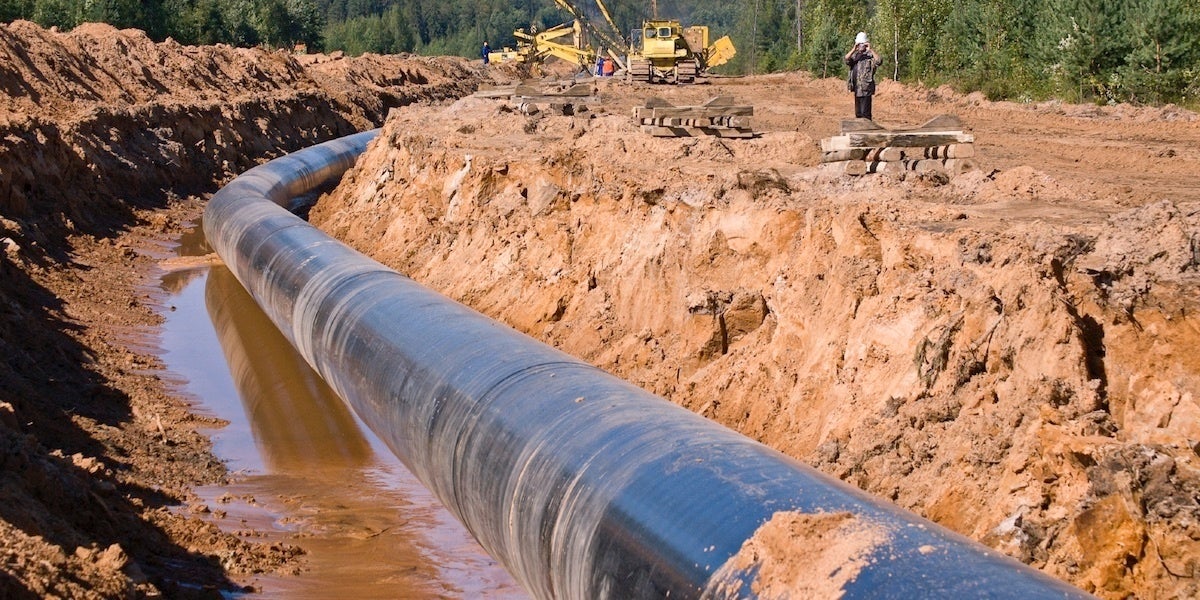 Builders of the controversial
Atlantic Coast Pipeline told federal authorities they will delay construction along 21 miles in West Virginia and 79 miles in Virginia until the U.S. Fish and Wildlife Service (FWS) issues a revised “incidental take statement,” which limits the number of threatened or endangered species that might be accidentally killed or harmed during development activities.

Lead developer
Dominion Energy filed documents Tuesday with the Federal Energy Regulatory Commission in response to the 4th U.S. Circuit Court of Appeals’ ruling last week. The court sided with environmental groups and their lawyers that the FWS’ initial review was not clear enough in the case of the $6.5 billion pipeline and vacated one of its key permits.

Environmentalists worry that the 600-mile
fracked gas pipeline from West Virginia to North Carolina could pose risks for a rare bumblebee, the Roanoke logperch and Indiana and Northern long-eared bats and other threatened or endangered species. It will also cut through through forests, pristine mountains and involve the blasting, excavation and removal of mountaintops along 38 miles of Appalachian ridgelines as part of the construction.

In its letter to FERC, Dominion said construction will be avoided along those 100 miles in West Virginia and Virginia where protected species might be put at risk until the revised incidental take statement is issued.

Dominion did not disclose the specific areas it will avoid “because this information contains the locations of sensitive species which are customarily treated as privileged and confidential,” the company stated in a news release quoted by
The Exponent Telegram.

The
Southern Environmental Law Center—which argued on behalf of the Sierra Club, Defenders of Wildlife and Virginia Wilderness Committee at the appeals court—believes all pipeline construction cannot continue without a valid permit.

“According to the Federal Regulatory Commission’s own certificate, FERC’s previous notices issued to Atlantic Coast Pipeline developers to proceed are no longer valid,” said senior attorney D.J. Gerken in a
statement. “If what FERC is now saying is that developers can proceed to construction without the Fish and Wildlife Service’s valid permit, it is undermining its own requirements.”

SELC recently sent a
letter to FERC outlining the impact of an invalid permit on pipeline construction and requests it fulfill its obligations to stop further construction until its resolved.

However, backers of the pipeline insist that construction will move forward as planned. “We will continue to move forward with construction as scheduled and fully comply as required with all permits and agency requirements. We remain committed to taking all reasonable measures to protect the environment and the species while ensuring progress on a project that is essential to the economic and environmental well-being of the region,” Dominion stated.

As The Exponent Telegram noted, Dominion contends that the appellate court’s May 15 ruling only impacts construction in areas where at-risk species and their habitats may be present. Furthermore, the company believes the incidental take statement invalidated by the court does not impact the pipeline route or other required permits.

“It simply removes the shield that protects against an otherwise unlawful take, and for that reason, we will avoid any activities in any areas identified by (U.S. Fish and Wildlife Service) that would be likely to adversely affect any of the listed species,” Dominion said in the news release.

FERC will determine the next steps once the Atlantic Coast Pipeline documents are officially entered into the record, commission spokesperson Tamara Young-Allen told The Exponent Telegram.

The Southern Environmental Law Center’s requests to halt all construction on the pipeline “are under consideration,” Young-Allen said.

In the meantime, Young-Allen noted, all previously issued notices to proceed are in effect, with the exception of the areas with threatened or endangered species habitat that the pipeline builders agreed to avoid.