Supreme Court Rules Atlantic Coast Pipeline Can Cross Appalachian Trail, but the Battle Might Not Be Over 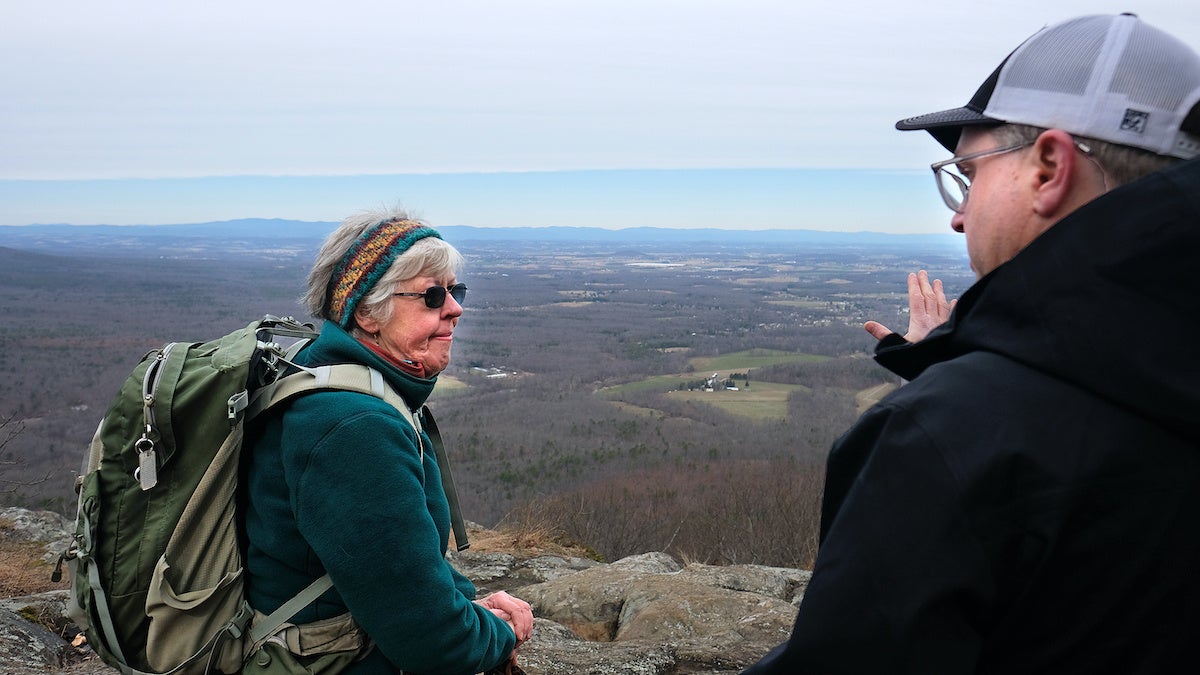 The part of the Appalachian Trail that the Supreme Court ruled the Atlantic Coast Pipeline can tunnel under. Norm Shafer/ The Washington Post via Getty Images

The Supreme Court ruled 7 to 2 Monday that the controversial Atlantic Coast Pipeline (ACP) can pass underneath the Appalachian Trail.

The ruling removes one barrier to the pipeline, which has been delayed six years, but it still requires eight other permits, and environmental groups vowed to keep fighting.

“With the ACP still lacking 8 permits, this decision is just plugging just one hole on a sinking ship,” director of the Sierra Club’s Beyond Dirty Fuels Campaign Kelly Martin said in a statement. “Nothing in today’s ruling changes the fact that the fracked gas Atlantic Coast Pipeline is a dirty, dangerous threat to our health, climate and communities, and nothing about the ruling changes our intention to fight it.”

The pipeline, a joint project of Duke Energy and Dominion Energy, would carry fracked natural gas 600 miles from West Virginia to Virginia and North Carolina, as NPR reported.

At stake in Monday’s decision is the part of its route that would cross the Appalachian Trail in Central Virginia where the trail overlaps with the George Washington National Forest.

The Forest Service granted the pipeline a permit for the crossing in 2018, but a coalition of environmental groups led by the Southern Environmental Law Center (SELC) sued, arguing that the trail crossing was under the jurisdiction of the National Park Service. The Fourth Circuit Court of Appeals agreed and tossed the Forest Service permit in December of that year.

But the companies appealed and the Supreme Court ruled in their favor Monday, arguing that the Forest Service controlled the land and had just granted the National Park Service a right of way to maintain the trail.

“If a rancher granted a neighbor an easement across his land for a horse trail, no one would think that the rancher had conveyed ownership over that land,” Justice Clarence Thomas wrote for the majority, NPR reported.

“In her noteworthy dissent, Justice Sotomayor clearly gets what should be obvious: that the Appalachian Trail is land in the National Park system,” Natural Resources Defense Council Climate & Clean Energy Program attorney Gillian Gianettti said in a statement. “And under federal law, a pipeline plainly cannot cross land in the National Park system.”

Here’s why we’re fighting the #AtlanticCoastPipeline every step of the way: pic.twitter.com/AculcWu8FP

“Today’s decision is an affirmation for the Atlantic Coast Pipeline and communities across our region that are depending on it for jobs, economic growth and clean energy,” the company said in a statement reported by Reuters. “We look forward to resolving the remaining project permits.”

However, SELC said the remaining permits could be a major hurdle to the project. The Fourth Circuit Court of Appeals vacated the Forest Service permit on three other grounds not covered by the Supreme Court decision, NPR reported. The project also lacks permits relating to its impacts on endangered species, air and water, SELC pointed out.

The organization also pointed out that the decision comes as both Virginia and North Carolina are moving away from fossil fuels and towards renewable energy. Virginia passed the Virginia Clean Economy Act in April, which requires utilities to shut down all gas plants by 2045. And North Carolina’s Clean Energy Plan requires the state to reduce emissions to 70 percent of 2005 levels by 2030 and achieve carbon neutrality by 2050. A pending case before the D.C. Circuit Court of Appeals will determine if the Federal Energy Regulatory Commission was correct in determining the ACP necessary when it granted it a permit in 2017.

“This is not a viable project,” SELC program director DJ Gerken said. “It is still missing many required authorizations, including the Forest Service permit at issue in today’s case, and the D.C. Circuit Court of Appeals will soon consider the mounting evidence that we never needed this pipeline to supply power. It’s time for these developers to move on and reinvest the billions of dollars planned for this boondoggle into the renewable energy that Virginia and North Carolina customers want and deserve.”

"This is not a viable project," with 8 permits for the Atlantic Coast Pipeline still in question, despite today's Supreme Court ruling. https://t.co/0s2ThSsR3K

The Supreme Court decision could greenlight another contested Appalachian pipeline however, Reuters pointed out. The Mountain Valley Pipeline, which would run 300 miles from West Virginia to Southern Virginia, also crosses the Appalachian Trail in the Jefferson National Forest. It is almost finished, but construction at the trail crossing was halted to await the outcome of the ACP case.