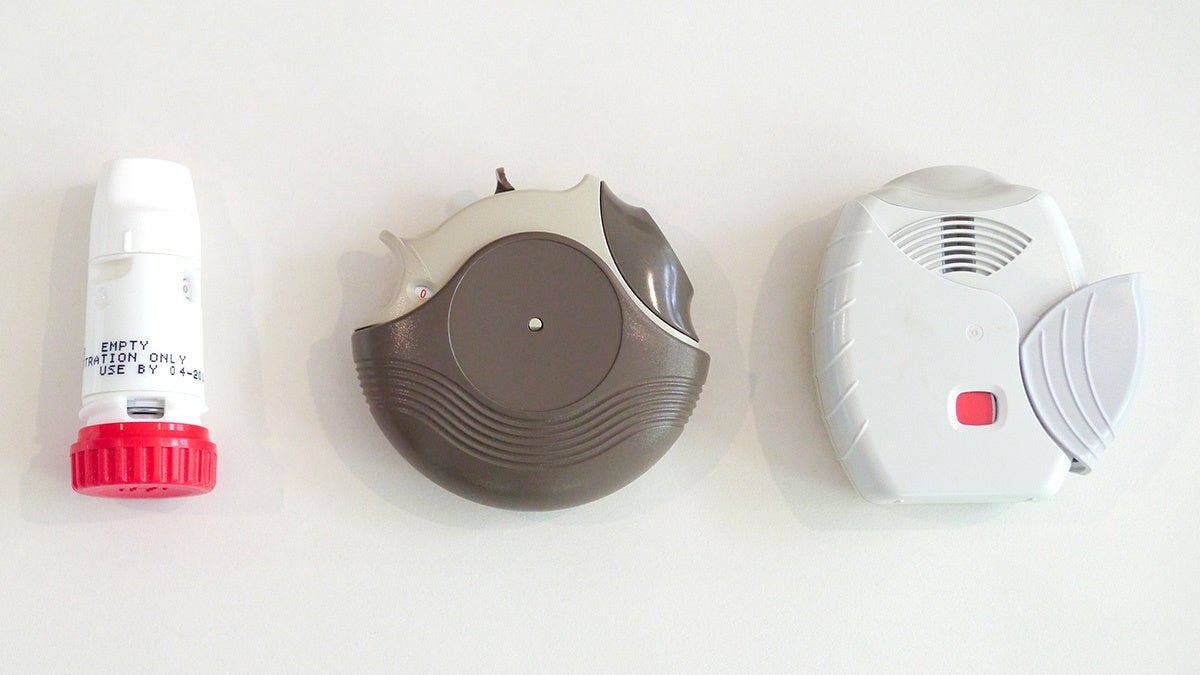 For people suffering from asthma, an inhaler is an indispensable, life-saving accessory that always needs to be within reach. Now, a new study from the University of Cambridge in the UK has found that switching to a “greener” alternative has as much environmental impact as reducing meat, becoming an avid recycler or installing wall insulation, as the BBC reported.

The study, which was published Wednesday in BMJ Open, looked at the environmental and economic impact of having asthma users switch from metered-dose inhalers (MDI) to inhalers that release fewer pollutants, such as dry powder inhalers (DPI). DPIs have a carbon footprint that is 10 to 37 times smaller than MDIs.

The researchers found that inhalers accounted for nearly 4 percent of the National Health Service’s greenhouse gas emissions, according to experts. Seven out of 10 inhalers of the 50 million prescribed in the UK in 2017 were the high-polluting MDI kind, but switching just 10 percent of those to the least expensive DPI would remove 58,000 tons of CO2 per year, as SkyNews reported. That’s the carbon equivalent of 180,000 round trips in a car from London to Edinburgh, which are 400 miles apart.

Additionally, switching just 10 percent of inhalers to DPIs would save the National Health Services over .6 million a year, as SkyNews reported.

“Climate change is a huge and present threat to health that will disproportionately impact the poorest and most vulnerable on the planet, including people with pre-existing lung disease,” said James Smith, a consultant in public health at the University of Cambridge and a study author, in a statement.

“Our study shows that switching to inhalers which are better for the environment could help individuals, and the NHS as a whole, reduce their impact on the climate significantly. This is an important step towards creating a zero carbon healthcare system fit for the 21st century,” he added.

Inhalers, as people with asthma know, are crucial in treating the symptoms of some respiratory ailments like asthma. An inhaler releases medicine directly into a patient’s lungs, widening the airways so oxygen can pass around blockages, making it easier to breathe, according to CNN.

Metered-dose inhalers use the greenhouse gas hydrofluoroalkane (HFA), a liquified, compressed gas that serves as a propellant to squirt the medicine out of the pump and into the user’s lungs, according to CNN. DPIs, by contrast, do not use the liquefied gas to deliver the medicine and are a safe, more affordable alternative.

“Any move towards ‘greener’ inhalers would need to ensure that replacements were cost effective,” said Alexander Wilkinson, respiratory medicine consultant and author of the study, in a statement. “By switching to less expensive brands, we’ve shown that it would still be possible to make a positive impact on carbon emissions while at the same time reducing drug costs.”

However, the researchers caution that patients must check with a doctor before switching to a DPI or greener alternative. Those who are not able to switch should not be made to feel guilty, the researchers told BMJ Open, as the BBC reported.

“It’s important to stress that patients shouldn’t stop using their usual treatments to reduce their carbon footprint,” said Wilkinson in a University of Cambridge statement. “Instead we recommend patients review their condition and treatment at least annually with their healthcare professional and at this point discuss whether a more environmentally-friendly inhaler is available and appropriate in their situation.”