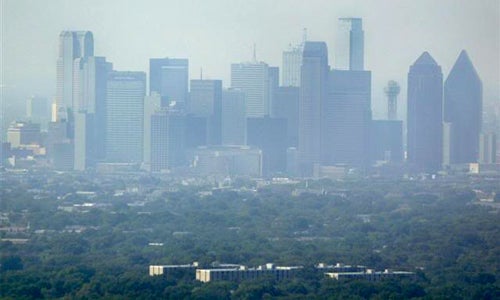 “The majority of people living in Dallas, TX, have never breathed legally clean air, according to the Environmental Protection Agency.”

That shocking truth is from Cherelle Blazer, a Dallas resident and environmental scientist. She’s referring to the ground-level ozone (or smog) levels in Dallas. Ground-level ozone robs hundreds of thousands of Americans with asthma and other respiratory ailments of quality of life. It sends thousands of children to emergency rooms each year and costs us billions in healthcare costs, lost productivity and premature deaths. The U.S. Environmental Protection Agency (EPA) is currently knee-deep in the process of updating our national ozone standards, and thousands of lives hang in the balance. 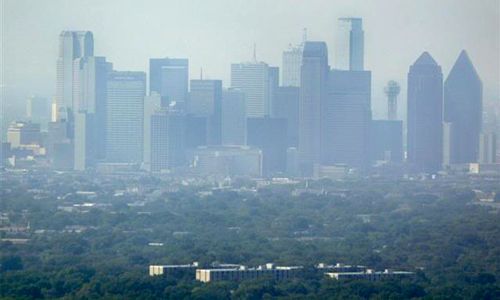 “We have an epic problem,” says Cherelle of the smog levels in Dallas, which are well above levels considered safe to breathe by the U.S. EPA.

“We have an epic problem,” says Cherelle of the smog levels in Dallas, which are well above levels considered safe to breathe by the EPA. “There is a reason asthma rates in Dallas average between 18 and 20 percent while the rest of Texas is around 9 percent. Dallas has a true triple threat of pollution—families’ health is threatened by the largest concentration of cement plants to the Southeast, coal plants to the southwest, and shale gas drilling to the west. This has created the conditions for Dallas to have some of the worst air in the country.”

Cherelle sees the effects of that terrible air pollution first-hand. Her eight-year-old son and her husband both have asthma and must take medicine regularly. Even she and her daughter, who are both healthy, wheeze on bad air days, she says.

“It is expensive, very inconvenient, time consuming, sometimes heart-breaking, and it can be really scary,” says Cherelle. “But we have learned to live with it like so many families.  Unfortunately packing the nebulizer everywhere [my son] goes has become a way of life.”

There are many sleepless nights when her son’s chest hurts because his airways are constricted. Her family, like thousands of others, has to watch closely for bad air alert days when the air is unsafe to breathe.

“It’s the chronic stress of watching that—knowing the ozone standard is arbitrarily high and those warnings don’t even mean anything,” she explains. “It could technically be a ‘good air day’ and the ozone level will still cause asthma attacks because the current standard is not based on current science. It makes no sense at all and it’s really unfair because families can’t even protect themselves when they think they are doing everything right.” 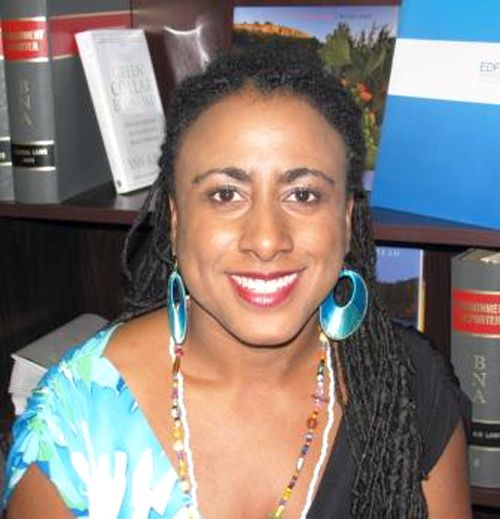 Cherelle Blazer is a Dallas resident and environmental scientist.

Cherelle has her own environmental consulting firm and works with local environmental and public health groups to get stronger smog standards in Texas and at the federal level via the EPA.