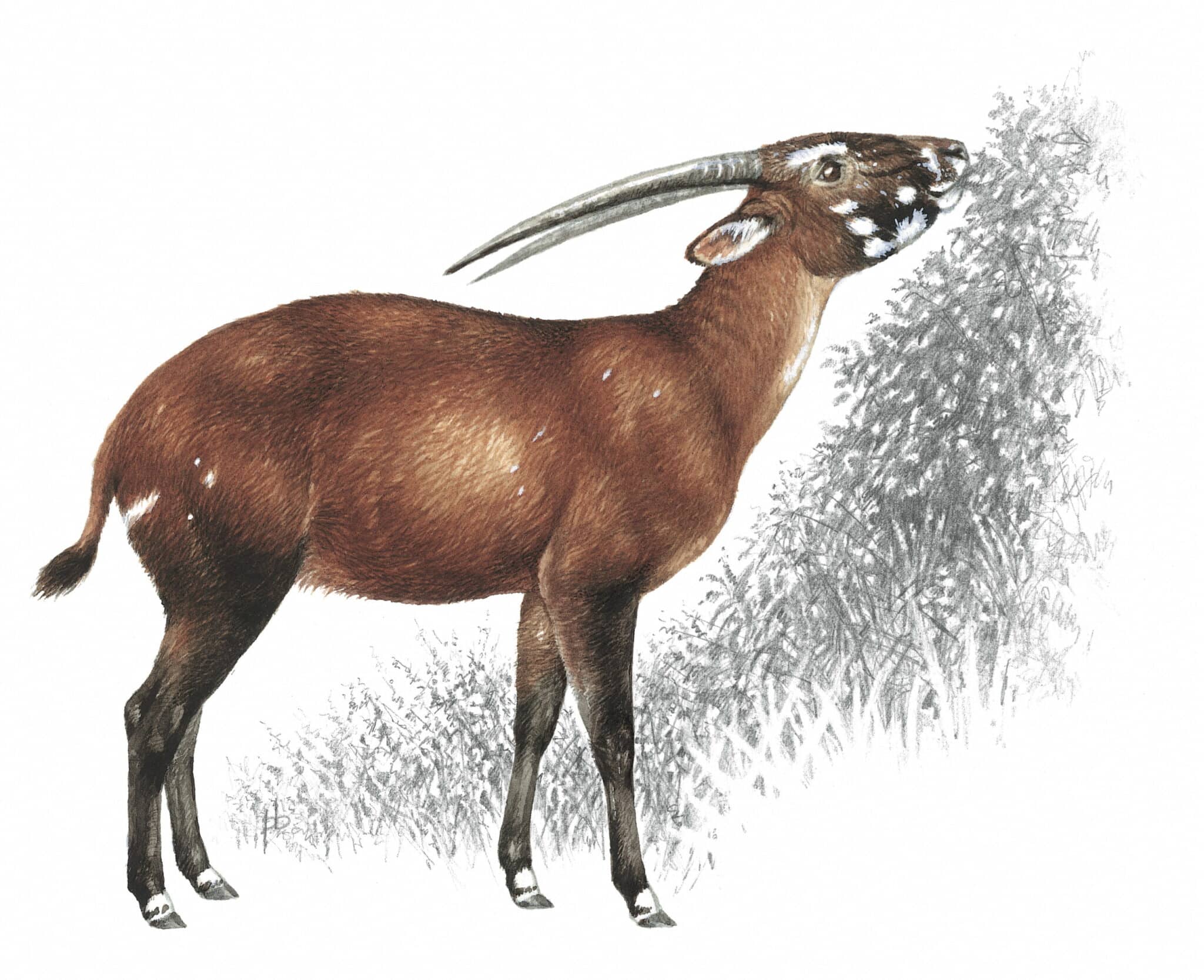 Since its remarkable discovery, the saola population is thought to have declined considerably due to the commercial poaching of other wildlife in Vietnam that is caught as bushmeat or to be used in traditional Asian medicine, The Guardian reported. Though the saola are not specifically targeted, they get caught in the traps set for other animals. In an effort to prevent the extinction of this rare creature, scientists are intensifying their search for the saola.

“We stand at a moment of conservation history,” William Robichaud, president of the Saola Foundation told The Guardian. “We know how to find and save this magnificent animal, which has been on planet Earth for perhaps 8m years. We just need the world to come together and support the effort. It won’t cost much, and the reward, for saola, for the Annamite mountains, and for ourselves, will be huge.”

With the intent of finding the last wild saolas for a captive breeding program, Robichaud and biologist and wildlife conservation specialist Simon Hedges co-founded the Saola Working Group (SWG) in 2006. Their aim is to reintroduce saolas back into a habitat where they can be free from threats, The Guardian reported.

“It is clear that search efforts must be significantly ramped up in scale and intensity if we are to save this species from extinction,” said director of the International Union for Conservation of Nature (IUCN) SSC Asian Species Action Partnership, Nerissa Chao, as reported by The Guardian.

With a shrewd yet elegant expression, sweeped back horns and soft white markings that look like they’ve been painted on, the saola is so elusive that its movement patterns are listed as “Unknown” by the IUCN Red List of Threatened Species.

“The animal’s prominent white facial markings and long tapering horns lend it a singular beauty, and its reclusive habits in the wet forests of the Annamites an air of mystery,” said Barney Long, senior director, Species Conservation at Global Wildlife Conservation, as reported by IUCN.

In 2001, the population of saola in Vietnam was estimated to be several hundred, and between 70 to 100 in Laos, but more recent estimates by experts have numbered the critically endangered species at less than 100, The Guardian reported. The SWG used 300 camera traps in the Laos Khoun Xe Nongma national protected area between 2017 and 2019, but not a single one of the million photographs taken managed to capture a saola.

“Only recently discovered, saola are already extremely threatened. At a time when species extinction on the planet has accelerated, we can work together to snatch this one back from the edge of extinction,” said Long, as World Wildlife Fund reported.