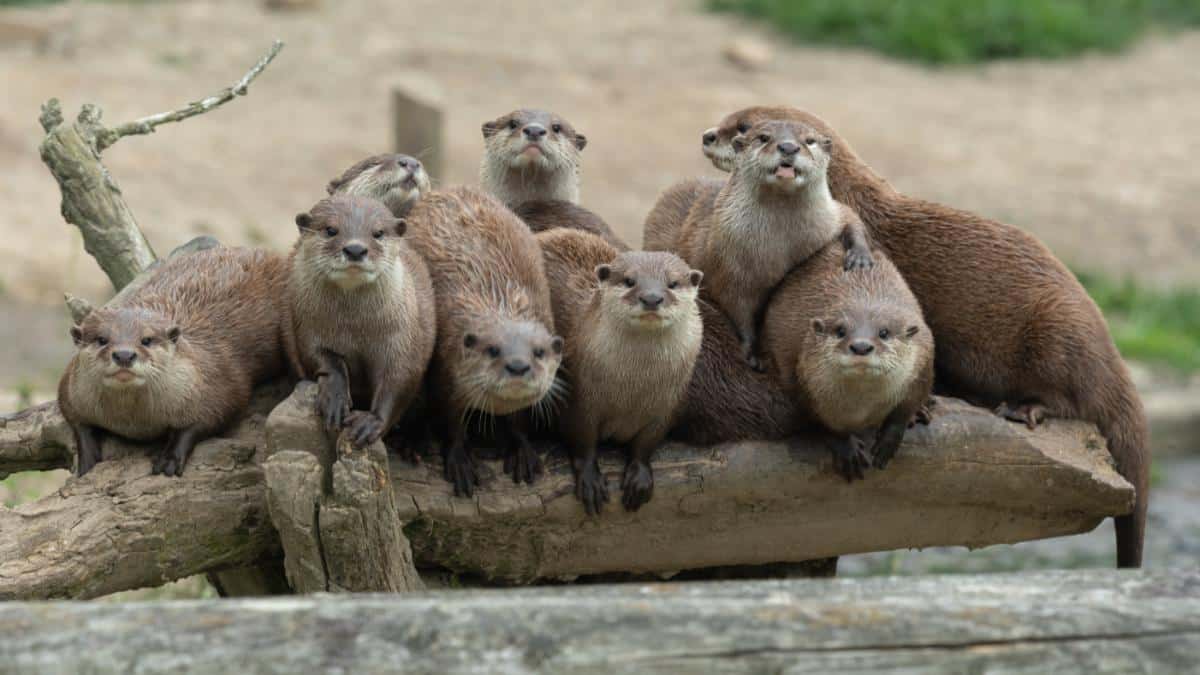 The smallest of the planet’s 13 otter species finds its habitat shrinking every day. We know little about these mustelids — especially in Bangladesh, where I conduct my research — but they face a horde of threats.

The Asian small-clawed otter (Aonyx cinereus) has a typical otter build with webbed digits, dark brown to blackish upper parts, and a pale vent. It can be distinguished from other otter species by its blunter muzzle, acutely arched back and a white neck devoid of any spots or streaks. Its claws are noticeably short and even often absent — a feature of its genus, Aonyx.

These otters live in the Himalayan foothills, Ganges Delta, Northeast India, Indochina, South China and Philippines, with isolated population in southern India. Their habitats range from forests and wetlands to coasts and mangroves. In Bangladesh they’re thought to be confined to the Sundarbans mangrove. 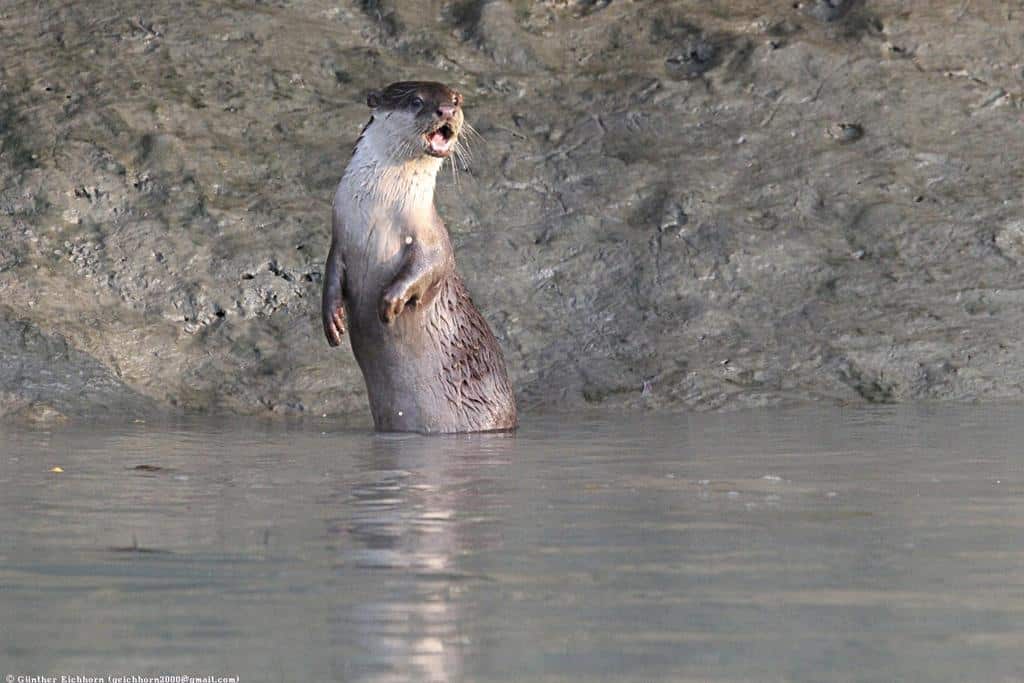 A small-clawed otter in Bangladesh. Via iNaturalist and © Guenther Eichhorn, some rights reserved (CC-BY-NC)

Vulnerable, with a globally decreasing population trend; endangered in Bangladesh

Poaching for fur and extraction to supply a recently spiked demand in pet trade is the number one threat to Asia’s most trafficked otter species. Habitat destruction, conflict with fishers, drying up streams, decreasing food supply and attacks by feral dogs are also affecting its already sharply plummeting population. 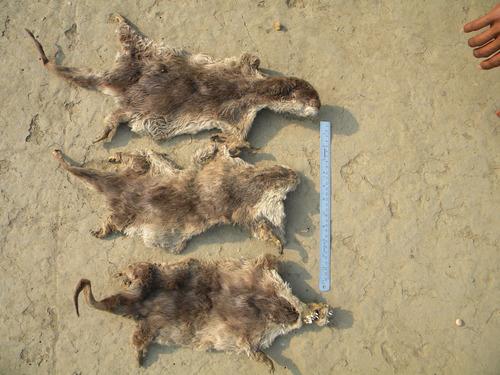 In Bangladesh there exists no study on the species outside the Sundarbans, its known habitat in the country. Even there, only a handful of research has been undertaken to date.

In 2019 the species shifted to CITES Appendix I from Appendix II to plug the illegal trade and trafficking.

The IUCN Otter Specialist Group and International Otter Survival Fund are the strongest voices for the species. Although the animals are protected by law, there is no conservation scheme so far in Bangladesh.

Watching camera-trap footage of not one, not two, but multiple otter families is unforgettable. Hearing the cooing of otter pups on screen was heart-melting and one of those now-I-can-die-in-peace moments. And all these images were from a region that has long been deprioritized in conservation, without any prior systematic study. 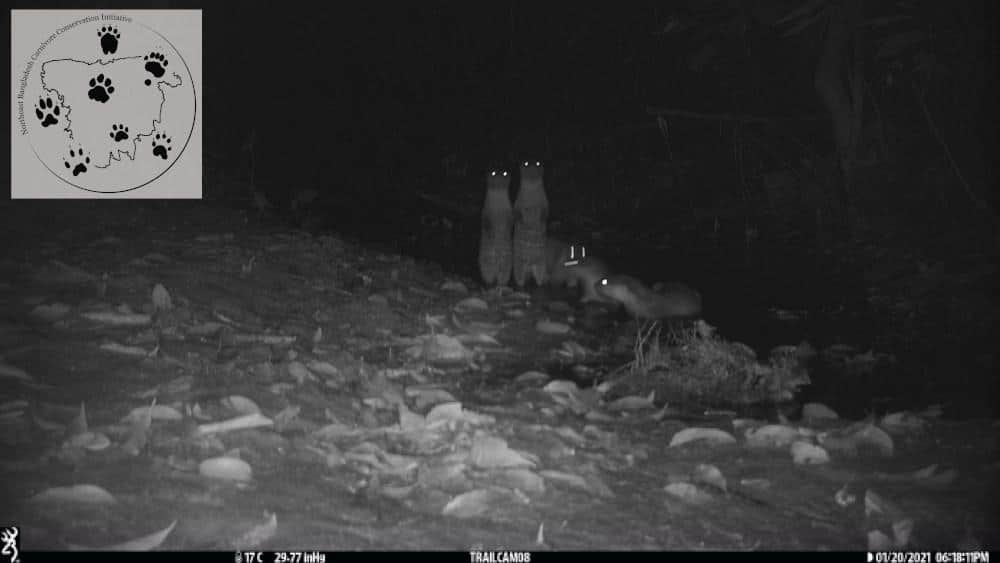 The small-clawed otter, a globally vulnerable small carnivore, can still be found in certain protected areas of northeastern Bangladesh. This is the first camera-trap image from the region. Muntasir Akash / Northeast Bangladesh Carnivore Conservation Initiative

However, the joy comes with a caveat. In all existing anecdotes, northeastern forests are described as the home of the larger Eurasian and smooth-coated otters. Otters showed up, true. But to my extreme surprise, it was a species that has always been attributed to the Sundarbans — a forest hundreds of miles away from the study site. Although finding the Asian small-clawed otter here has sparked hope for the region, the apparent absence of the other two expected species has left me with an uneasy feeling: Do the larger otters really roam these forests? Or is the Eurasian otter, the rarest of the three, to become the next extinct carnivore in Bangladesh?

What Else Do We Need to Understand or Do to Protect This Species?

We need extensive studies on ecology and threats to the species in both known and newly discovered habitats in Bangladesh. Connecting otters with the exceptionally rich ichthyodiversity of riparian streams and mangrove creeks can strengthen conservation practices in the country.

Muntasir Akash is a lecturer at the Department of Zoology, University of Dhaka, Bangladesh. He is focusing his career on the conservation of lesser-known carnivorous mammals, leading camera-trapping work in northeastern Bangladesh funded by the Conservation Leadership Programme, a partnership between BirdLife International, Fauna & Flora International and WCS.