Asbestos, Ubiquitous and Unavoidable, Is a Deadly Threat to Our Kids 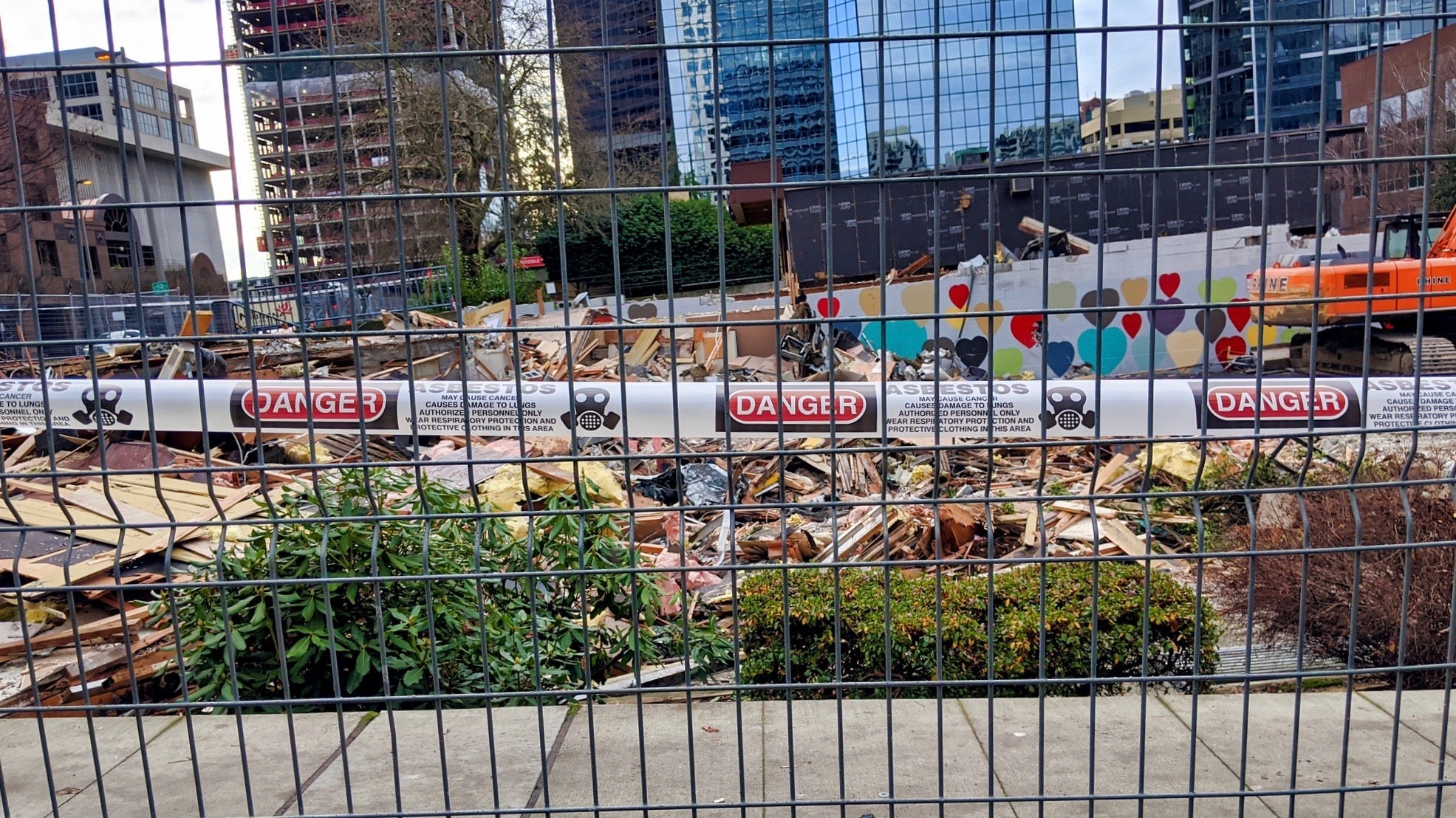 In the U.S., gun violence kills nearly 40,000 people a year and has killed nearly 40,000 or so children and teenagers since 1999, and yet the nation is still without serious gun control. Another 40,000 people die each year in traffic accidents, including 1,200 children 14 and under. Yet we eschew policies used abroad that could cut the toll by half.

As the Union of Concerned Scientists (UCS) documents in its new report, Endangering Generations: How the Trump Administration’s Assault on Science is Harming Children’s Health, asbestos is a lesser known, but no less potent member of the American annual “40,000 Death Club.” The current attempt by the Trump administration to severely limit research on asbestos exposure may create a whole new class of victims: today’s children who attend crumbling old schools and breathe in poisonous fibers from damaged asbestos boiler and pipe insulation and floor and ceiling tiles.

Asbestos is a carcinogenic mineral now banned in more than 60 nations. But it has never been fully prohibited in the U.S. even after asbestos makers were exposed in the 1970s for having covered up the potentially lethal effects of their products in manufacturing, building insulation, and fireproofing. Raw asbestos is no longer mined in the U.S. But it is still being imported, primarily for the chlorine industry. It is also still found in automotive brakes and some building roofing and ceiling tile.

Like cigarettes, asbestos is a time bomb causing disease in victims decades after exposure — in this case lung cancer and mesothelioma. Historically, the people at risk from asbestos-related disease were those who worked with asbestos in the 20th century, primarily men in the construction trades, miners, millers, auto mechanics, and ship builders. But today the toll is broadening out. As sure as our unchecked proliferation of guns haunts us with school shootings and teen carnage among the poor, the failure to ban asbestos has resulted in widespread and potentially deadly chronic risks that reach down to our youngest citizens and their teachers.

The first mesothelioma deaths have now occurred among 9/11 first responders who worked in toxic clouds at Ground Zero after the collapse and fires of the twin towers of the World Trade Center in 2001. Also, a 2017 report by the Centers for Disease Control and Prevention found that exposure continues today to workers involved in the maintenance, demolition, and remediation of buildings with asbestos. “Contrary to past projections, the number of malignant mesothelioma deaths has been increasing,” the report said.

In 2018, the New York Times obtained memos under the Freedom of Information Act that exposed that officials at Johnson & Johnson were aware in the 1970s that the company’s iconic baby powder talc could be contaminated with asbestos and yet worked to discredit or silence research that suggested contamination. Two years ago, a St. Louis jury awarded .7 billion to 22 women who claimed their ovarian cancer was caused by the baby powder, often used as a feminine hygiene product. Five months ago, Johnson & Johnson recalled 33,000 bottles of baby powder after the Food and Drug Administration found trace amounts of asbestos in samples.

Will we soon be adding children and teachers to the toll? Nowhere in America is the wholesale disintegration of asbestos installed decades ago as evident as in the nation’s schools.

The Threat to Schoolchildren

The UCS report notes that school buildings built from 1946 to 1972 likely contain asbestos, with the highest proportion of unacceptable structures being found in low-income communities and districts where most students are of color. All of that is on unconscionable display in Philadelphia where the teachers’ union is suing the city’s school board for hazardous levels of asbestos dust in decrepit buildings.

In 2018, the Philadelphia Inquirer conducted an investigation of many schools, finding levels of asbestos dust on school surfaces 11 to 1,700 times higher than the levels mandated by federal cleanup requirements for apartments near Ground Zero. The newspaper also found unacceptably elevated levels of lead.

By spring of 2019, when the Inquirer was named a finalist for the Pulitzer Prize for its exposé, Pennsylvania Governor Tom Wolf announced more than 0 million in emergency lead cleanup and general hazardous cleanup funds for Philadelphia schools. Last month, Wolf proposed billion for statewide remediation of asbestos and lead in schools.

But that could not contain the crisis in a system with .5 billion of documented deficiencies in its school buildings. This school year, seven schools have been closed for extensive asbestos damage. One teacher, who worked in a 90-year-old building and often swept up dust from flaking heating pipe insulation and busted ceiling tiles before class, is undergoing chemotherapy for mesothelioma, an aggressive cancer triggered by asbestos.

In at least one school closure, the stench of race and class environmental injustice was on vivid display. Ben Franklin High School, comprised almost entirely of youth of color who qualify as poor, was not closed until after it also became the home of a magnet school that is 38 percent white, with half of those students above the poverty line. As Ben Franklin teacher told the Philadelphia Inquirer, “When it was us, the district didn’t feel like they needed to have any immediacy.”

The lack of immediacy has existed for decades. Jerry Roseman, chief environmental science and public health expert since 1985 for the Philadelphia Federation of Teachers, said it galls him that his sense of outrage and disbelief in school conditions is the same today as it was 35 years ago. In an interview with the Union of Concerned Scientists, he said he had just inspected an overcrowded school where playful children were literally banging into damaged asbestos pipe insulation, damaging the asbestos even more, calling it a systemic failure including school district leadership and politicians.

“What is clear across the country is that school boards neither understand facility conditions and leave them alone to deteriorate and definitely don’t understand the impacts on the health, safety, and welfare of children and staff,” Roseman said. He noted how parents and teachers are taking things into their own hands with a mobile app to photograph and report disintegrating infrastructure. “You can have great teachers and great principals,” he added, “but you do not get great or safe education if you do not take care of a foundational need—the facility.”

Nationally, the threat of toxic school buildings has barely been studied despite the 1986 Asbestos Hazardous Emergency Response Act (AHERA) to address airborne asbestos in schools. A 2015 report commissioned by senators Ed Markey of Massachusetts and Barbara Boxer of California found that two-thirds of the school districts in 15 responding states had asbestos. Thirty states did not respond to the inquiry at all. Noting that the Environmental Protection Agency had not seriously analyzed school asbestos since 1984, the Markey-Boxer report said the carcinogen remains “ubiquitous” in schools, with the extent “unknown.”

The EPA, under flat funding for most of the last decade, conducts so few inspections under AHERA that a 2018 Inspector General report said, “The EPA has not documented that the risk of asbestos exposure in schools has diminished significantly under AHERA.”

President Obama worked with Congress to try to strengthen scrutiny of toxics like asbestos with the 2016 Frank R. Lautenberg Chemical Safety Act. But, when it comes to asbestos, the Trump administration attempted to gut the act by trying to exclude asbestos already installed in places like schools (“legacy use”) from calculations of risk assessment. Never mind that the White House understands quite well that asbestos is a major health threat. Last summer it conducted 0,000 asbestos abatement in the West Wing office areas occupied by President Trump’s daughter Ivanka, presidential counselor Kellyanne Conway, policy adviser Stephen Miller, and economic adviser Larry Kudlow.

Environmental groups, including the Union of Concerned Scientists, joined with labor unions and family advocacy groups to challenge the EPA and a host of chemical industry groups and the US Chamber of Commerce in court. In November, the 9th Circuit Court of Appeals declared the administration’s attempt to exclude legacy use was unlawful, agreeing that workers face major risks when “equipment or structures are demolished, repaired, or refurbished.”

That ruling, combined with a science-minded federal government, should easily be applied to children who currently go to schools that should have long ago been demolished, repaired, or refurbished. As it is now, Linda Reinstein, co-founder of the Asbestos Disease Awareness Organization, which was a co-petitioner against the EPA’s attack on legacy use, says America is rolling the dice by letting children study and play in asbestos dust. As Reinstein notes, health effects will not manifest themselves until these children are well into adulthood and long since removed from the source school of their disease. Reinstein lost her husband Alan to mesothelioma and an asbestos ban bill has been filed in Congress in his name.

“Even though the latency period is long, I’ve seen parents tearful and terrified,” Reinstein told UCS, “worried that every cough is a precursor of something worse about to happen. If you’re a student and you know you’ve been exposed, you lie with the fear the rest of your life that you’ve been exposed to something that is life changing. . .The fact that we haven’t been studying legacy exposure should be a crime.”

In 1984, the EPA found that, of the 2,600 schools testing positive for asbestos in its sample, only 500 had a plan to deal with it. Today, the Trump administration is trying to avoid testing for legacy installations altogether, in the obvious effort not to be responsible for a remediation plan. That effort was ruled illegal, but given the spiteful nature of this administration, it is more likely to respond by dragging its feet rather than leaping to protect children. That leaves the time bomb ticking, with the risk of asbestos exposure today exploding in the lungs of today’s children tomorrow.

For more on this and other threats to children’s health, including what you can do about them, you can read the new UCS storybook — Breath in the Smog, Drink in the Lead: A Grim Scary Tale for People Who Care about Kids — and its accompanying resource guide and report, Endangering Generations: How the Trump Administration’s Assault on Science is Harming Children’s Health.

Derrick Z. Jackson is a UCS Fellow in climate and energy and the Center for Science and Democracy. He is an award-winning journalist and co-author and photographer of Project Puffin: The Improbable Quest to Bring a Beloved Seabird Back to Egg Rock, published by Yale University Press (2015).