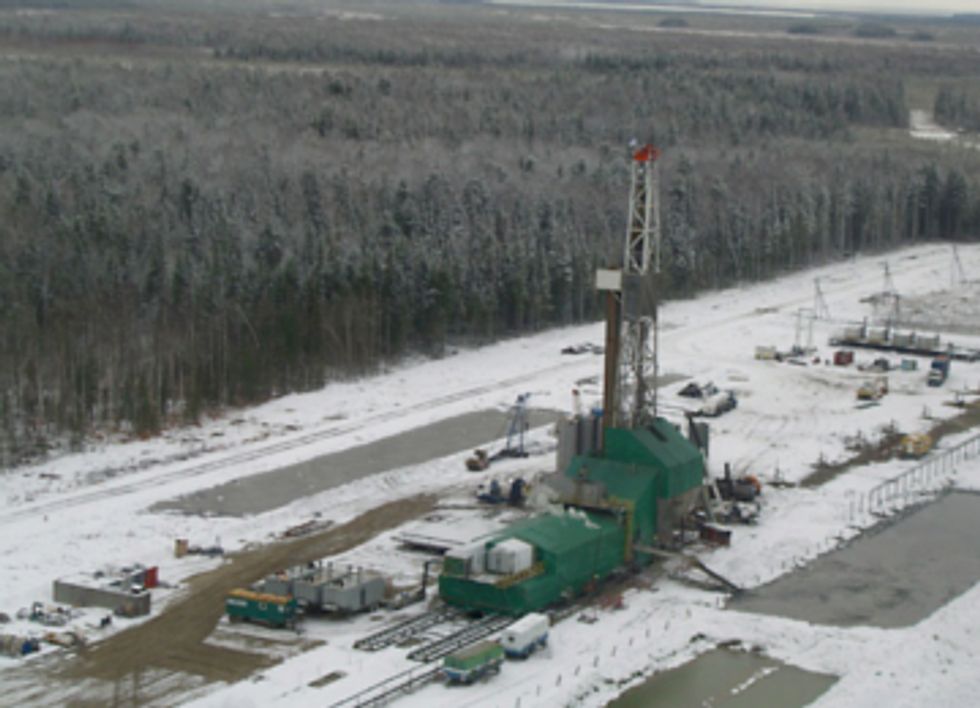 So tomorrow is the day.

The day that the world’s leading scientists will announce they are more certain than ever that humans are changing the climate.

The report will be met with a frothing load of bile from the usual skeptics linked to a network of right wing think tanks such as the Heartland Institute in the U.S., the Global Warming Policy Foundation in the UK or right-leaning newspapers, many of whom are linked to a certain Mr. Rupert Murdoch.

The skeptical response is nothing new and fits into a well-trodden pattern of denial that now stretches back decades. The scientists Dana Nuccitelli and John Abraham have pointed out that there are five stages of climate denial: deny the problem exists, deny we are the cause, deny it’s a problem, deny we can solve it and claim it’s too late to do anything.

The problem with the denial is that it opens up political space for the oil industry to carry on doing what it does best. Drill for oil and gas.

A parallel universe exists—the climate scientists argue that we have to stop burning fossil fuels—and the industry carries on regardless.

Many organizations and people have argued for a whole that we have to think the unthinkable and leave a large amount of fossil fuels in the ground—somewhere between 50 to 75 percent of reserves.

The latest senior diplomat to do so is Mary Robinson, the former Irish president and UN High Commissioner for Human Rights, who told the Guardian earlier in the week “There is a global limit on a safe level of emissions. That means major fossil fuel reserves must be left in the ground. That has huge implications for economic and social development.”

Try telling that to Russians, to give you one example. The country could be the latest to experience a fracking boom, which could have huge ramifications for the climate.

According to the Financial Times, one estimate of the reserves of the vast Bazhenov geological formation is that it contains as much as 100 billion barrels of recoverable oil, making it five-times larger than North Dakota’s Bakken shale, which has led America’s fracking boom.

Bakken may be big, but the Bazhenov is a giant. “It is bigger than the 10 to 15 next biggest shale plays combined,” Tom Reed, chief executive of Ruspetro, a small oil company with 300,000 acres in the Bazhenov, tells the paper.

No wonder the Russians are excited. “In 20 years, the Bazhenov might be Russia’s main source of oil—even bigger than the Arctic oceans,” Leonid Fedun, vice president of Lukoil, says. “It allows us to be a lot more optimistic about the next 50 years of our oil production.”

So this is the dilemma: the Russians may be looking at 50 more years of oil with excitement, yet many people are arguing that we cannot afford to burn that oil at all, certainly not for another 50 years.

Whether the scientists or oilmen win the defining battle of our time—how and when to wean ourselves off fossil fuels—will shape what this world looks like for our children and grandchildren.