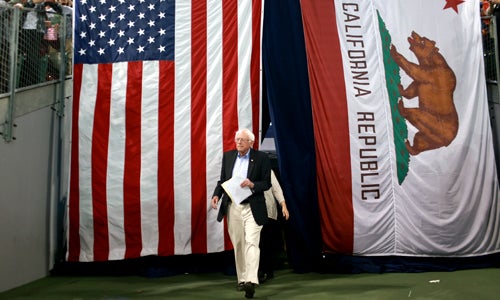 We need democracy like we need water. California primary voters must choose Bernie Sanders or the state will continue to experience a serious drought of both.

Despite California’s claims to be an environmental leader, its government has been co-opted by the oil and gas industry and its citizens and climate are suffering. Gov. Brown has turned a blind eye to poor and Latino communities living next to polluting fracking wells and fracking wastewater being used to irrigate crops. 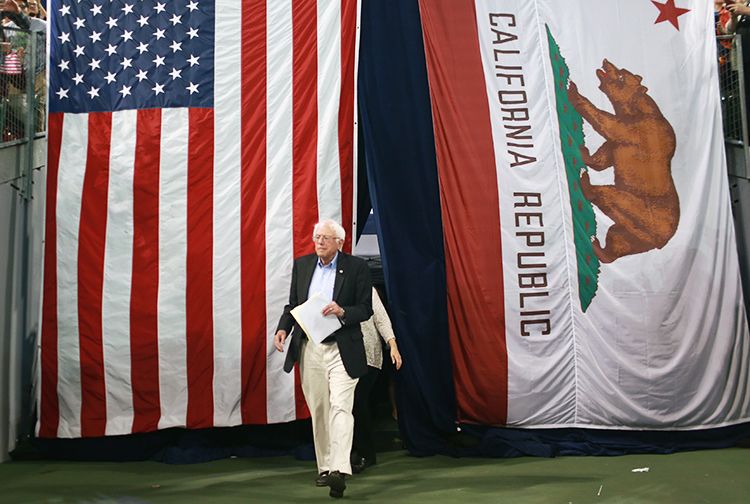 California primary voters must choose Bernie Sanders or the state will continue to experience a serious drought of both. Photo credit: Berniesanders.com

Under a Hillary Clinton presidency, California and the rest of the country would get even more fracking and fracked gas infrastructure. Her campaign took nearly $7 million from oil and gas lobbyists. Her State Department created the Global Shale Gas Initiative to promote fracking in 30 countries. Newly unearthed State Department emails show how aggressive that initiative was, working closely with oil and gas companies and enlisting help from 13 federal agencies to expand fracking into Europe, even where governments opposed it.

The choice between these two futures is an existential one. Here’s why:

Fracked oil and gas operations leak natural gas, which is mostly methane, a warming agent 86 times more potent than CO2 over 20 years. Industry statistics indicate onshore operations annually emit over four times more natural gas than the massive blowout at the Aliso Canyon storage facility. Just weeks after it was capped, Gov. Brown signed a bill allowing SoCalGas to resume operating there, provided the wells pass safety tests. But they aren’t “safe;” they leak. SoCal’s Aliso Canyon facility was only the best known leak; CPUC found hundreds of others last year, including a different Aliso Canyon operator caught deliberately venting natural gas in January, in the middle of the blowout.

Meanwhile the industry is pushing more fracked gas pipelines, gas plants and injection wells, which means more leaks. California is green-lighting and enabling the expansion. Over the past year the state even approved fracking wastewater injection wells near fault lines, raising earthquake risks.

If it stays on this path, it will lock in fracked oil and gas for the next 40 years. Then we can forget about California’s environmental leader image or meeting Paris climate agreement goals of keeping warming under 2 degrees centigrade (we’ve already locked in 1.5 degrees, at 2 degrees sea levels rise 5 to 9 meters).

Even as it struggles with Biblical droughts and wildfires, California continues to frack oil wells and expand fracked gas infrastructure, further damaging the climate. This sets a hypocritical example for the rest of the world. As the world’s eighth largest economy, California’s choices influence others’. As the world’s third largest consumer of gasoline and diesel, with the fourth highest per capita GHG emissions, it should make better ones.

California could set a very different example by choosing the only candidate who opposes fracking. Clinton and Brown both worked against concerned citizens trying to ban fracking; Sanders invited us into his office to talk policy. He and we understand we need nothing less than a political revolution to say “no” to big oil and gas and start scaling up renewables now.

So there’s more at stake in Tuesday’s primary than California’s 475 delegates. Whether or not the outcome clinches the nomination, it will send an influential global signal about what Californians are prepared to do about climate change. And as California goes, so goes the planet.

Josh Fox’s final film in his GASLAND trilogy How to Let Go of the World and Love All the Things Climate Can’t Change opens in the Los Angeles area on June 3 and airs on HBO June 27.