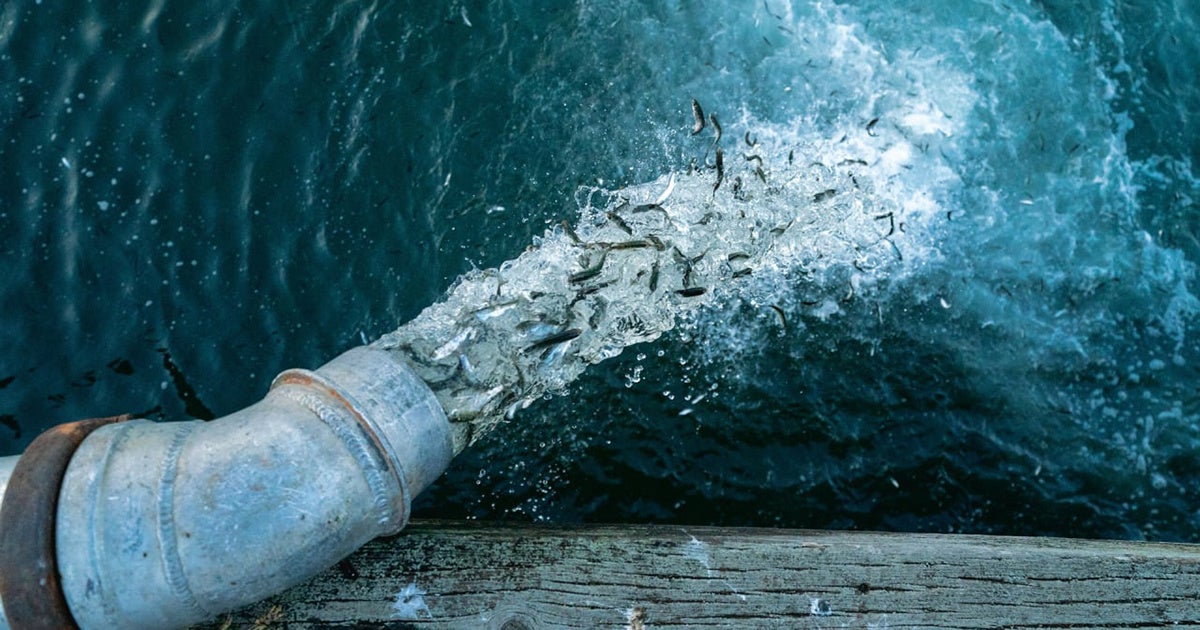 That salmon sitting in your neighborhood grocery store’s fish counter won’t look the same to you after watching Artifishal, a new film from Patagonia.

The project, which got its start when Patagonia founder Yvon Chouinard wanted to make a film about the arrogance of humankind, turned out to be a film about salmon … and what we’re doing to them.

The film uses salmon as a lens to tell a larger story about wilderness.

“It’s about how we keep trying to control nature rather than allowing it to do what it does,” said the film’s director, Josh Murphy.

Artifishal looks specifically at how fish hatcheries and fish farms threaten wild salmon populations, which in turn has ecosystem-wide effects — all because of our desire to eat these culturally significant species.

“We fell in love with this wild thing and then we took too many of them and we degraded the environments that produce them,” explained Murphy of the genesis of the film.

But instead of helping wild salmon recover, we’ve created hatcheries and farms to make more of them — at great cost, both economically and ecologically. The film explores the process, the tradeoffs and what’s at stake if we continue down this path.

As Artifishal and its filmmakers travel around the country conducting screenings with community organizations, we spoke with Murphy about what he learned making the film and why wild salmon are so important.

It seems like the heart of this film is fish hatcheries, which don’t get a lot of attention. What did you learn about them?

There’s this narrative that hatcheries are a good thing. But I wanted to know where that came from because there’s no other animal that I can find that’s mass produced, much less by a state or a federal government, and then released into the wild. It doesn’t happen.

I found the story of George Perkins Marsh, who wrote a book in 1864 called Man and Nature about the irreparable harm humans were having on the environment. And that was a big thing. Creeks and rivers had been so degraded by industry, dams, mills and forest practices [that] he proposed that we should restore fish. He had just heard about this technique brought over by some French guys about how to take the fish eggs and milt and combine them. And he thought that this is how we’ll solve the problem — we’re just going to make more fish. Within five years of the Civil War ending there were fish hatcheries all over New England.

It played on our agricultural norms — we do this for chickens, sheep, cows — of course we’re going to do this for fish. But we didn’t realize that fish are going into an uncontrolled environment.

What are some of the risks to wild salmon from this?

Fast forward to today and now you have certain people who wanted to further degrade rivers, for example, people that want to develop the rivers for hydropower, and they’re allowed to do that — they can dam the whole river and just put a hatchery at the bottom of it.

Hatcheries have enabled people to believe that you could control the river and still have fish.

And what we’re realizing now is the science over the last 25 years says that’s a completely false narrative. It’s actually degrading the biological diversity.

By bringing fish into a hatchery, you’re decreasing all of the natural selection that would have happened and so you’re taking the fitness out. And then we started selecting certain breeds within a river, like fall-run Chinook, because it was easier and cheaper for us to produce those. But we only do that with economically viable species, not the biologically viable species. So we don’t have, for example, hatcheries for lampreys, which are an important part of the ecosystem. And we don’t have hatcheries for spring-run in many places or winter-run, which some rivers have. It’s only fall-run.

I think the scariest thing is that in choosing as we are, we are actually degrading the fishes’ ability to adapt in the future to things like climate change. They’re becoming more like a monocrop.

The first part of the film is about hatcheries and then it jumps to fish farms. You show the risks of Atlantic salmon being raised in open pens in Pacific waters. Was this a commentary on that practice specifically or fish farms in general? 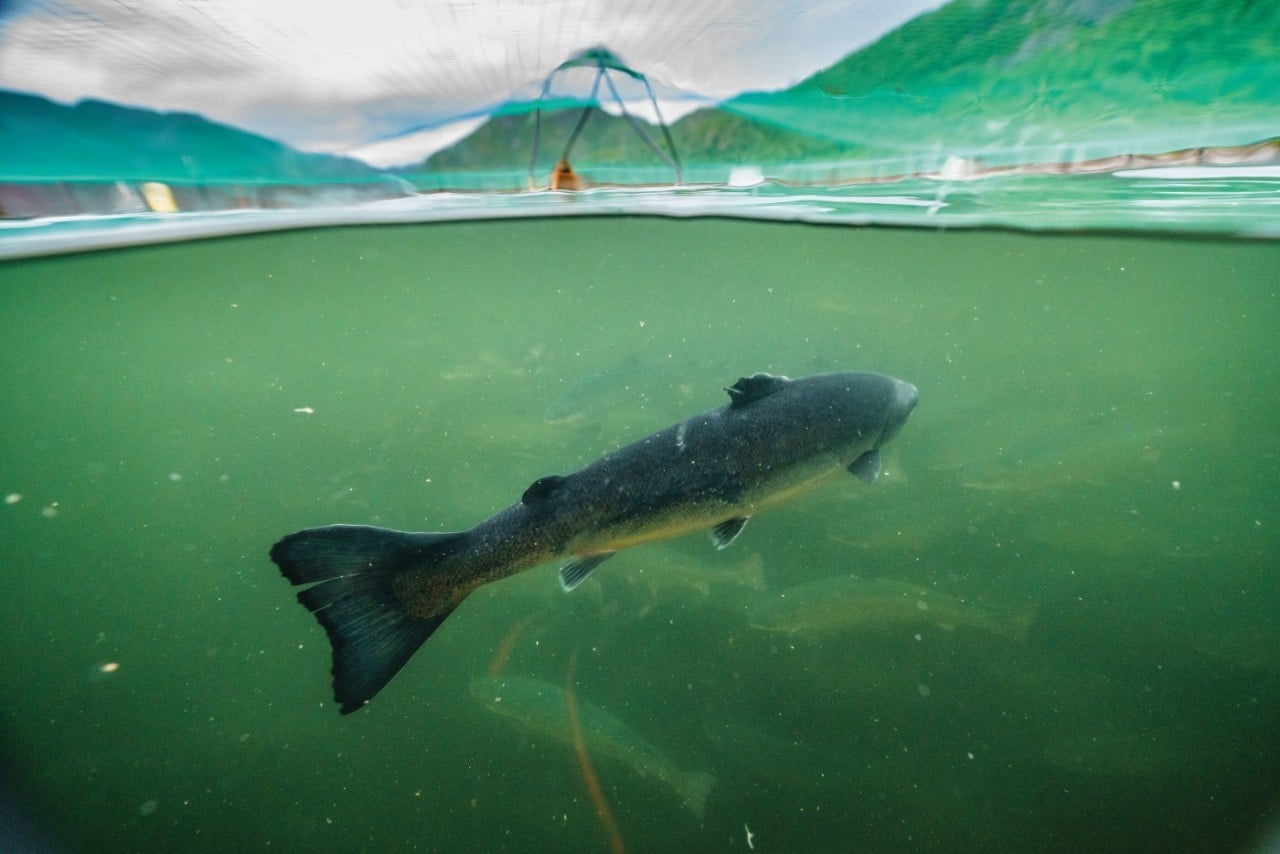 In open net-pen aquaculture, when you have opportunities for the farmed fish to escape and interbreed with wild fish — when you have Atlantic salmon in the Pacific — one has to wonder, what are we doing? What’s driving this? And it’s just money.

There are other ways. There’re opportunities for fish to be raised on land with either freshwater or saltwater with less harm to the wild environment. But we don’t do it because we want more money. Floating a net in the ocean costs nothing. You don’t even pay property taxes. You may have a license fee to the state, but that’s it. And you get to dump everything into the water.

We may need to have aquaculture in the future and I think that it’s a promising sector. But if we need more fish, if there’s a demand for that, we need to do it in a way that does not harm wild fish.

What do we lose if we don’t have wild salmon?

There’re the obvious benefits that salmon give to ecosystems.

So for example, right now in rivers that have hatcheries, there’s often a fish weir on the river and the fish will swim up to it until they can go no further. So they’ve taken all of the nutrients that they have acquired in the ocean, and they swim up to that weir, turn the corner and they swim themselves into the hatchery. The hatchery kills the fish, takes the gametes, makes the new generation and throws the fish into a landfill. All of those nutrients that used to funnel from the ocean to the headwaters of these rivers are gone. That means all of the animals that relied on those nutrients no longer have that.

But we don’t care because we just want to make more fish and release them. For who? Commercial and sport fishers. That’s it. That means there’s no other value that salmon have to anything else in the ecosystem. If fish are not seen as wildlife and they’re only seen as food and fun, then we will just try to churn them out and manufacture them as quickly as we can because of the economic benefits.

But we don’t do that for grizzly bears. We don’t have hatcheries for deer, for elk, for waterfowl. When you hear the word “hatchery,” it sounds quaint, but if we call these “fish factories,” which is what they really are, people might consider the whole thing differently. 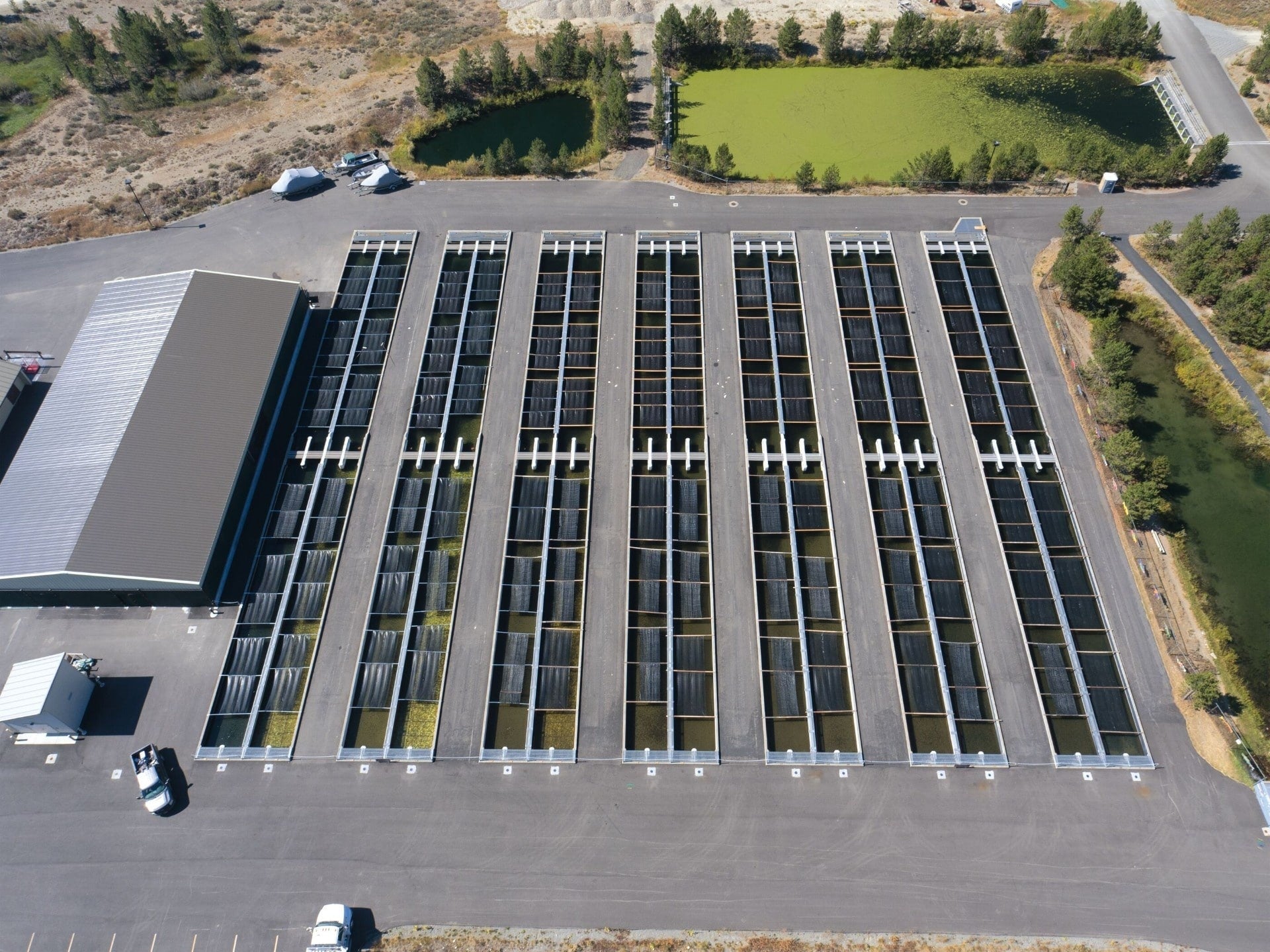 Raceways for raising juvenile spring Chinook salmon at the Sawtooth Hatchery, in Stanley, Idaho which is managed by the Idaho Department of Fish and Game, and funded by the U.S. Fish and Wildlife Service.

What do you hope people take away from this film?

If we don’t respect wild and we just try to replicate them in farms and replicate them in hatcheries, then we could lose wild altogether. What I hope the movie leaves people with is this kind of disquieting question, which is, are we at the end of wild?

If we are then that’s a really frustrating reality. If, in fact, that’s what we’ve decided, what then for birds? What then for bears? For elephants?

Some people just don’t want to hear that because they’re so focused on themselves — their livelihood or their recreation. But what about the rest of the entire ecosystem that relies on wild fish? It’s not just about us. That is the arrogance of man — this whole story is just about us. And I think that’s what we have to reconsider.

Fish are really indicators of water quality. I think about that in terms of the metaphor of the canary in the coal mine. If a miner was descending into a mine and the canary dies, it says to the miner, “don’t go any farther.” Right?

With fish it’s like we’re descending into that mine, the fish dies, and we just make more of them to put in the cage. It’s telling us something. It’s saying the environment can’t support them. Fix that problem. Don’t make more of them. We have to fix the disease, not just manage the symptom, which is a lack of fish. And until we do that, our future for wild fish, and our future for other wild things is in question.

Tara Lohan is deputy editor of The Revelator and has worked for more than a decade as a digital editor and environmental journalist focused on the intersections of energy, water and climate. Her work has been published by The Nation, American Prospect, High Country News, Grist,Pacific Standard and others. She is the editor of two books on the global water crisis.