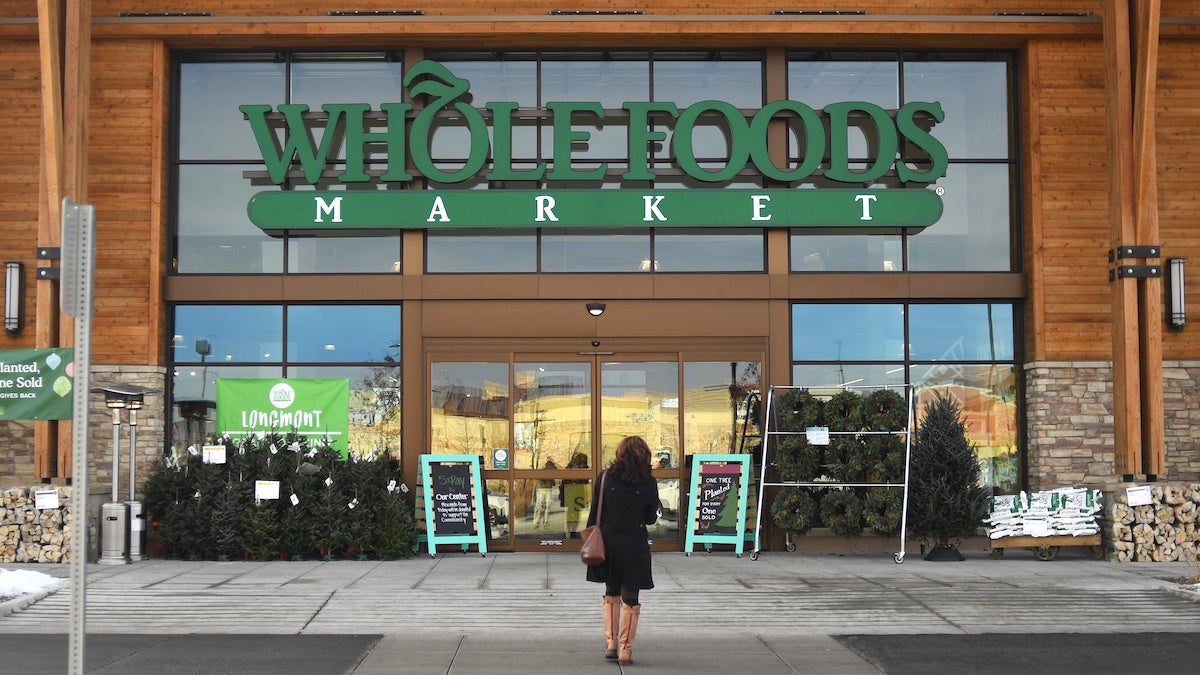 A customer walks into a Whole Foods in Longmont, Colorado on Dec. 15, 2016. RJ Sangosti / The Denver Post via Getty Images

A brand of bottled water manufactured and sold by grocery-store giant and Amazon subsidiary Whole Foods contains potentially harmful levels of arsenic, according to research conducted by Consumer Reports.

While the legal limit for arsenic in bottled water is 10 parts per billion, Consumer Reports wrote that its experts believe that the level present in Starkey Spring Water does not adequately protect public health.

Drinking a single bottle of Starkey probably will not harm you, said Dr. James Dickerson, CR’s chief scientific officer. “But regular consumption of even small amounts of the heavy metal over extended periods increases the risk of cardiovascular disease, certain cancers, and lower IQ scores in children, and poses other health issues as well,” he said, as The Guardian reported.

In an emailed statement, Whole Foods said the company’s “highest priority is to provide customers with safe, high-quality and refreshing spring water,” according to The Washington Post.

“Beyond the required annual testing by [a U.S. Food and Drug Administration] certified lab, we have an accredited third-party lab test every production run of water before it is sold,” the statement said. “These products meet all FDA requirements and are fully compliant with FDA standards for heavy metals.”

The new findings come as part of a joint investigation between Consumer Reports and The Guardian that covers how clean, fresh water is both inaccessible and unaffordable for many Americans as bills pile up during the coronavirus pandemic. The report also covers how the bottled water that Americans are consuming is often not safer or healthier than tap water, according to Consumer Reports.

“I think the average consumer would be stunned to learn that they’re paying a lot of extra money for bottled water, thinking that it’s significantly safer than tap, and unknowingly getting potentially dangerous levels of arsenic,” said Erik Olson, senior strategic director of health and food at the Natural Resources Defense Council, an environmental advocacy organization that has researched bottled water quality, according to Consumer Reports.

Since Whole Foods introduced Starkey Spring Water in 2015, the brand has faced several problems. Whole Foods had to recall more than 2,000 cases of water after tests showed arsenic levels that approached or exceeded the federal limit of 10 parts per billion in late 2016 and early 2017, according to The Washington Post.

The Food and Drug Administration, which enforces federal bottled water regulations, issued a statement after the report that said arsenic is a “naturally occurring element” that cannot be removed entirely from the environment or food supply, as The Washington Post reported.

“Based on the CR test results for arsenic, the three Starkey Spring Water products are in compliance with FDA’s allowable level for arsenic under the quality standard regulations for bottled water,” the statement said. “The FDA is committed to limiting consumer exposure to arsenic to the greatest extent feasible and we will announce updates to our guidances when available.”

It’s important to note that the FDA’s guidance is only for bottled water adherence to federal guidelines. Some states, like New Jersey and New Hampshire, have seen the threat arsenic poses to child development and have lowered their legal limit to 5 parts per billion. However, that regulation only applies to tap water.

In other words, Starkey Spring Water is legal in a store, but illegal if it came out of the tap in certain states, according to Consumer Reports.