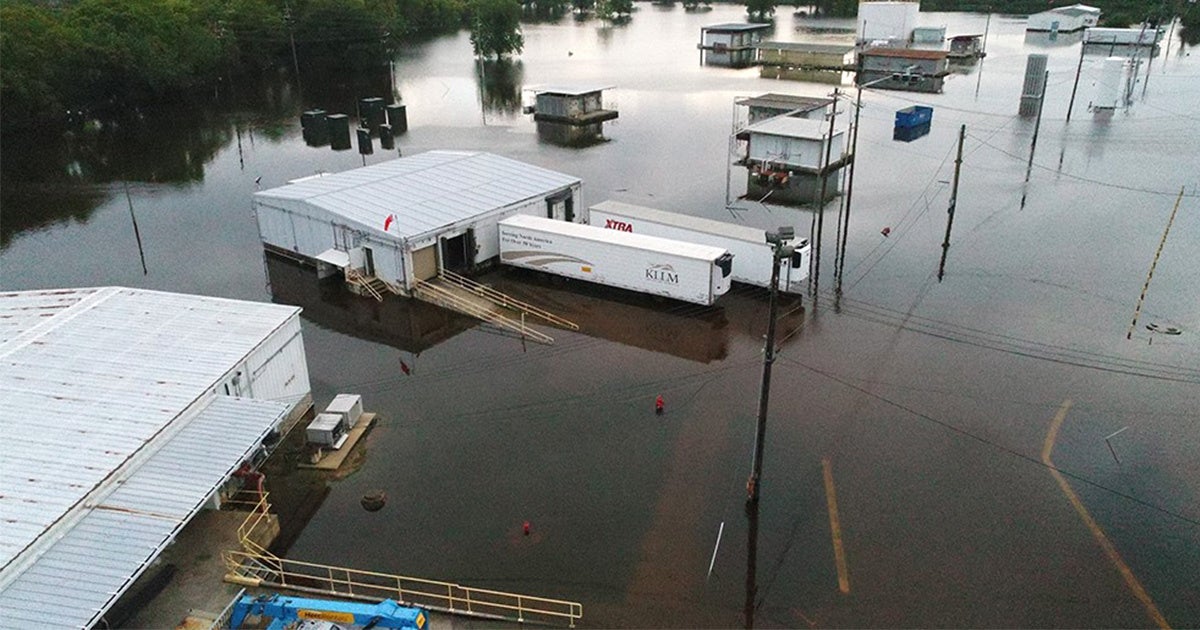 Halloween is right around the corner, but the Environmental Protection Agency (EPA) has been a perpetual nightmare to public safety since Administrator Scott Pruitt arrived, sending long-awaited chemical safety amendments to an early grave this year.

The Risk Management Plan (RMP) is a vital EPA chemical safety rule that “requires certain facilities to develop plans that identify potential effects of a chemical accident, and take certain actions to prevent harm to the public or the environment”—but delays to the effective date of the long-awaited updates are putting communities, workers and first responders directly in the way of harm, as we have witnessed from recent events following Hurricane Harvey.

Last Friday, the Union of Concerned Scientists released a report finding evidence of harm caused to communities by RMP-related incidents in the wake of Hurricane Harvey. The report serves as a supporting document in a lawsuit UCS is involved with against the EPA decision to delay the long overdue RMP update. Our objective was to further highlight how, if the improvements to the RMP had been allowed to go into place as planned, damage from chemical plants during Hurricane Harvey could have been diminished. We provided an in-depth analysis of the steps the Arkema facility could have taken with the proposed changes in effect, and estimated the toxic burden that the surrounding community was exposed to.

Additionally, we examined other incidents (i.e. spills, releases, explosions) that occurred at chemical facilities during Hurricane Harvey, as well as emphasizing the disproportionate impacts of chemical incidents on communities of color and low-income communities. I have taken “toxic tours” on Houston’s east side with our partners at Texas Environmental Justice Advocacy Services (t.e.j.a.s.), and am all too aware that disparities in distribution of RMP facilities and concentration of toxic pollutants exist and are mostly unnoticed by the unaffected public. Could Arkema have been avoided?

In late August of this year, Hurricane Harvey unleashed massive quantities of rain upon Houston and surrounding towns, flooding streets, homes—and chemical facilities. As a result, the Arkema plant in Crosby, Texas, a town 25 miles northeast of Houston, was inundated with floodwater and left without power or working generators. This meant the refrigerators needed for cooling volatile organic peroxides were not operational, which ultimately led to the exploding of 500,000 pounds of the unstable chemicals. Though we cannot say Arkema would not have had an incident, we do know the damage inflicted upon first responders and nearby residents could have been mitigated by implementing the revisions to the chemical safety rule, which would have required:

Communities are at risk

Real life isn’t an action film, where explosions abound and the dogged hero emerges from a fiery building unscathed, nary a casualty to be found. In real life, the consequences of a chemical explosion, leak or spill are often dangerous and deadly. We have ways to hold chemical facilities accountable for taking necessary preventative measures, but we must urge the EPA to implement the changes to the proposed RMP rule in order to do so.

Charise Johnson is a research associate in the Center for Science and Democracy at the Union of Concerned Scientists.