Arkansas Spill: Another Red Flag Exposing the Dangers of the Keystone XL Pipeline 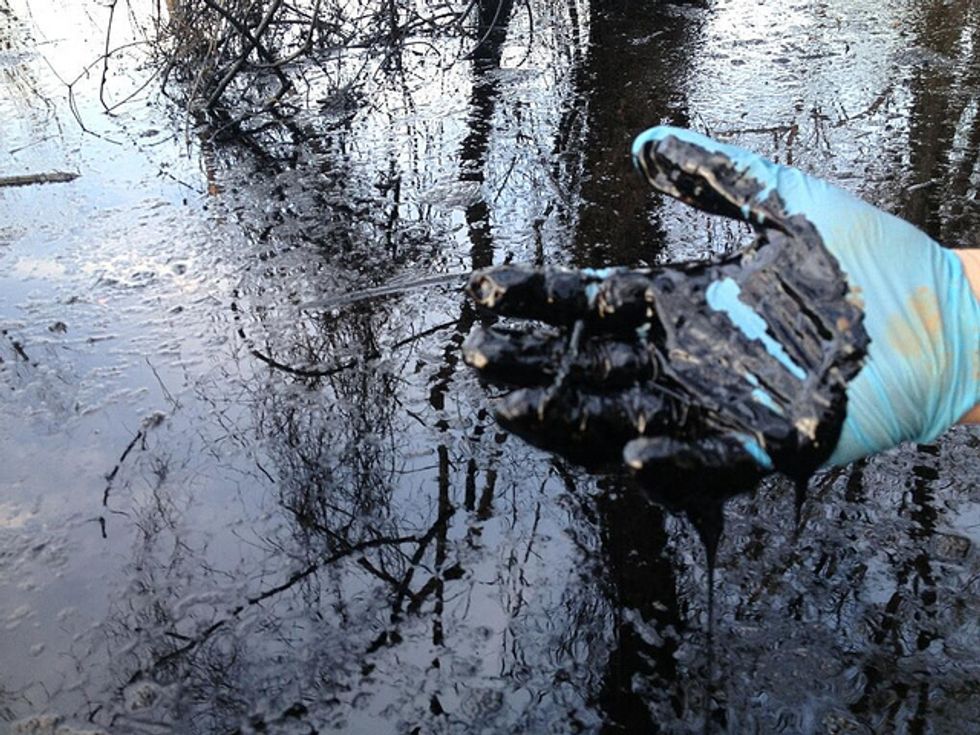 When I see raw tar sands coursing through people's yards and across wetlands, it makes me sick. My thoughts are with the people in Arkansas who are dealing with this river of toxic mess. And my thoughts instantly move ahead to what could happen to farms, families, homes and wild areas across our country if we support expansion of tar sands with permits for pipelines such as Keystone XL. The answer seems clear, especially when we look at the graphic video footage from Arkansas: tar sands expansion rewards the oil industry while putting us all at risk of oil spills and climate change. That's a raw deal by any calculation.

Let's recap what happened in Arkansas and why it is such a timely reminder that tar sands expansion and tar sands pipelines hurt us. On March 29, Exxon's Pegasus tar sands pipeline ruptured, flooding a suburban community outside of Little Rock, Arkansas with hundreds of thousands of gallons of tar sands crude. This toxic river of heavy tar sands bitumen and volatile petrochemical diluents is not a mix that anyone would want flowing in front of their houses.

So when it comes to the proposed Keystone XL pipeline that would take Canadian tar sands crude across America's breadbasket to the Gulf Coast where much of it would be exported overseas, the Pegasus rupture in Arkansas is another red flag. We've had a lot of these red flags lately that show us what a raw deal tar sands is and we ignore them at our peril.

We've seen the devastation of one of the last great places on earth in the devastation to Canada's Boreal forest. And we've seen the homes and health of First Nations communities who live near the tar sands. We've seen how the energy intensive tar sands production has meant a rapid increase in climate pollution in Canada. We've seen the worsening effects of climate change in droughts, floods and violent storms. We've seen tar sands oil polluting our rivers and communities in the 2010 Michigan spill and in over a dozen spills from the first so-called "state-of-the-art" Keystone pipeline. And we hear the fears from residents of refinery communities of what the additional pollution from tar sands refining will mean for their health. Looking at all this, it is clear that the Arkansas tar sands spill is the latest drumbeat in a series of reminders that tar sands crude is different and dangerous.

Keystone XL would bring nearly ten times as much tar sands crude as the Pegasus pipeline through American communities and waters. It is not in our nation's best interest to pipe tar sands across our fields and aquifers so that the oil industry can reach the higher prices of overseas markets. How many red flags do we need before we realize that the solution is to stop tar sands expansion and say no to tar sands pipelines? I think we've seen enough.