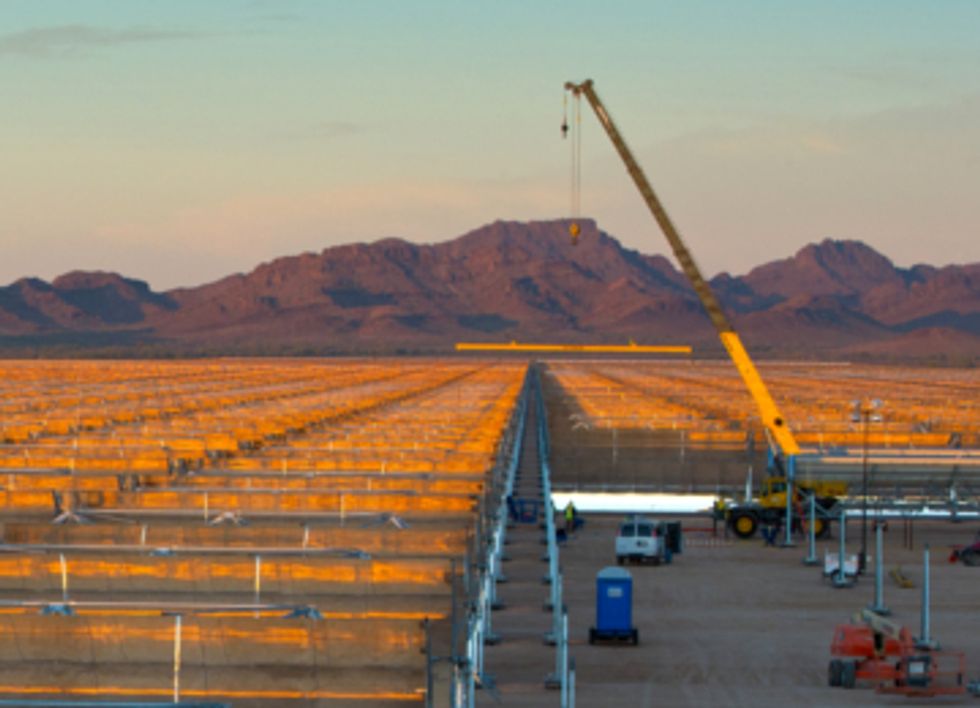 A $2 billion solar farm in southern Arizona is ready to power nearly 70,000 households.

Spanish company Abengoa announced this week that its massive Solana solar farm passed a series of commercial operation tests and is ready to go live. Solana is located in Gila Bend, which is about 70 miles southwest of Phoenix. The farm has 280-megawatt capacity and is the first solar farm in the country with thermal energy storage.

The company believes Solana is the world's largest parabolic trough plant. The farm contains 3,200 mirrored trough collectors that are 500 feet long, 25 feet wide and 10 feet high. The mirrors are mounted on structures that track the sun and concentrate its heat, later transforming water into steam to power a steam turbine. The thermal storage will provide six hours of energy for use after sunset or if conditions are cloudy.

"These six hours will satisfy Arizona’s peak electricity demands during the summer evenings and early night time hours," according to the company. "Dispatchability also eliminates intermittency issues that other renewables, such as wind and photovoltaics, contend with, providing stability to the grid and thus increasing the value of the energy generated by Concentrating Solar Power."

The U.S. Department of Energy loaned Abengoa $1.45 billion in 2010. Construction of the three-square-mile farm provided more than 2,000 jobs since building began three years ago. Construction required a supply chain that spanned 29 states, the company said.

In addition to 65 full-time jobs for plant operation, Abengoa guarantees $420 million in tax revenues over the next three decades.

Arizona Public Service agreed to buy all of the electricity produced by the solar plant for 30 years through a power purchase agreement with Abengoa.

Abengoa anticipates Solana preventing about 500,000 tons of carbon dioxide from being emitted into the atmosphere each year.