Are You Ready to Party Sober? 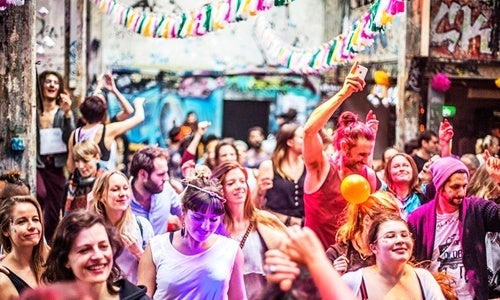 New York City has long been synonymous with drinking, drugs and a bit of debauchery. “We didn’t come to New York to stay sober,” was a famous line from 1934’s The Thin Man and more than 80 years later this good-time stance is just as relevant as ever. But something strange is happening within the NYC party scene: it seems that the city that never sleeps is waking up to the perks of sobriety. 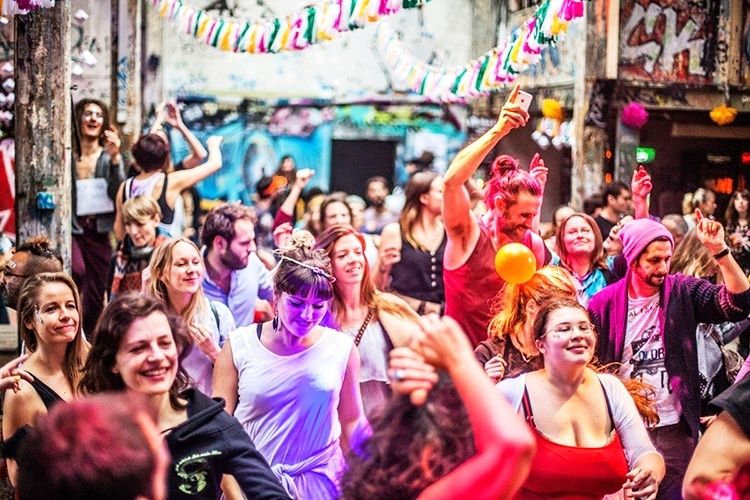 First there were sober “yoga raves” at The Get Down in the Meatpacking District, which merged thumping bass with the downward dog; then came the No Lights, No Lycra sober dance party and Deep House Yoga at Verboten in Brooklyn. Throughout NYC, new clear-headed club nights are emerging each week as health and wellness and a hedonistic revelry unite for what seems to be the first time.

Abstaining in the Big Apple has never been so cool—but how did this surprising new trend kick off and what’s causing it to spread so rapidly across the globe?

“When my friend first asked me if I wanted to go to a sober dance party, I thought she was crazy,” says Sara, 28. “I’ve always been someone who drinks on nights out and though I wouldn’t say I’m a big drinker, I honestly didn’t know how a dance party would even work if everyone was stone cold sober. I went along just to see what it was like and it was one of the most satisfying things I’ve ever done.”

Sara is the latest sober party scene advocate who cites health reasons as their main motive for abstemious clubbing and the wellness element seems to be a chief contributor to its rapidly rising popularity. The rationale behind many of these events is that most people like to let their hair down and dance like no one’s watching—but not everyone needs to enter a state of intoxication to get there.

While many people enjoy the pleasure-seeking fun of a rave, not everyone wants to take part in the scene that accompanies it: one study found that 67 percent of people who’d attended a rave in the past six months had used ecstasy; a further 69 percent had used amphetamines. Many sober event organizers state publicly that they’re not trying to make an anti-drugs or anti-alcohol statement—they simply want to promote a different kind of dance-related exuberance that’s totally independent from substance use.

“I think the reason sober partying has become so popular so quickly is because it’s so rewarding,” Sara says. “That’s why I love it. At first, you feel self-conscious, but then you realize everyone is in the same boat. Sober dance parties are communal and connecting; unlike normal clubs, where you look around and realize everyone is in varying states of intoxication, everyone here has a clear-head and is there for the same reason: to have fun, but in a way that actually enhances your health.”

Like many other health and fitness crazes, the sober party scene may have started in New York but quickly spread. Party people across the world have created copycat club events and London, Zurich and Amsterdam all play host to the fashionable Morning Gloryville, a sober rave that kicks off at 6:30 in the morning. Partly aimed at those people who prefer dancing to jogging as a method of keeping fit, attendees turn up to party sober and dance like their lives depend on it—all before work.

“My first experience with Morning Gloryville was bizarre but amazing,” says 30 year old Dan, who attends the NYC rave once a week. “I’d recently cut down on drinking and wanted to improve my mood. When I drank most evenings, my morning routine was rushed, frantic and stressful. Since I’ve started going to Morning Gloryville, my whole attitude before noon is totally different. It’s pretty nice knowing that by 8:30 a.m. I’ve exercised, socialized and had an awesome time. Last year, I’d have still been sleeping.”

The Joys of Sobriety

Aside from people like Dan and Sara who want to cut back on their alcohol intake while not negotiating on fun, conscious clubbing has also been making ripples in the world of addiction recovery. The idea of using exercise as a constructive replacement for drug or alcohol cravings is not new; exercise releases the neurotransmitter dopamine into the brain in the same way as cocaine and heroin.

The rise of the sober party scene should further support the benefits of exercising for recovery. Exercise has long been used within rehabilitation to provide addicts with a mental, physical and emotional outlet. Sober dance events with a strong focus on fun and socializing can be even more advantageous for young people in recovery, as Sober College rehab center founder Robert Pfeifer states:

“The idea that former addicts don’t want to party or can never do so again is a misconception. Many young adults in early recovery from addiction don’t want to give up important aspects of their social lives or have to entirely avoid dance parties or the club scene, but they don’t want to put themselves at risk of relapse either. If a young person can enjoy activities like clubbing and dancing but in a safe, sober environment, then that can only be a good thing. And of course, aside from that aspect, dancing is a physical activity which improves overall health and fitness and promotes a positive outlook, so these events can enhance recovery in many forms.”

A basic desire to improve health is clearly a driving force behind the huge rise in popularity of sober partying and the attraction of clean clubbing for anyone struggling with substance abuse issues mean this movement has a two-pronged appeal and will surely only continue to spread. But as new convert Sara attests, simple inquisitiveness is also an influential factor.

“Not everyone at these events is in recovery from addiction or a health nut, by any means,” says Sara. “Most people come of out curiosity, just to see what it’s like and then enjoy it so much they want to make it a regular thing. I do still drink but knowing that I can have the same amount of fun sober has meant I drink far less than I ever did, which can only be a good thing. It’s nice to not feel as though you need to drink to dance or let yourself go—I think that’s my key takeaway, anyway—that’s the real joy of sobriety!”

How to Make Non-Toxic Zero-Waste Deodorant