Are Pipeline Spills Good for the Economy? 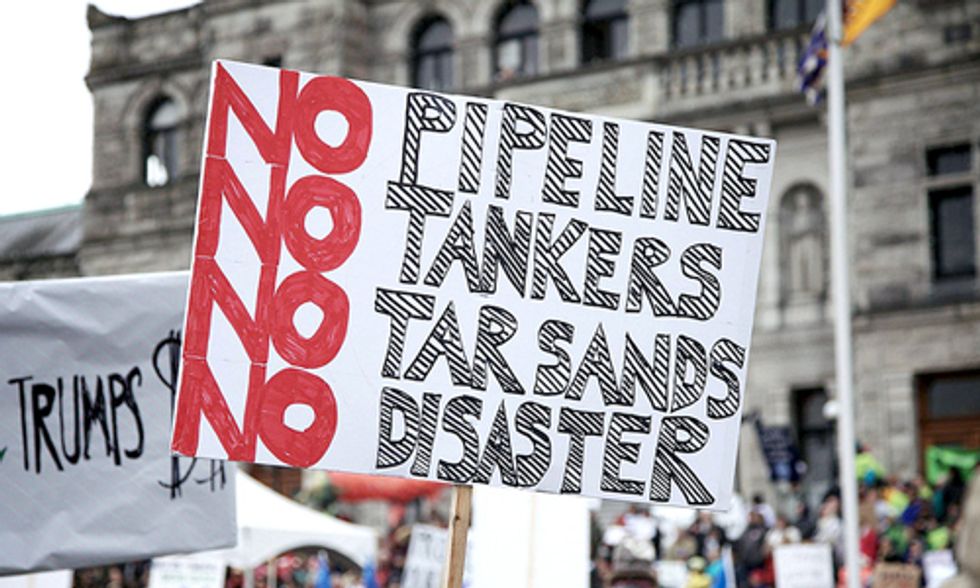 Energy giant Kinder Morgan was recently called insensitive for pointing out that “Pipeline spills can have both positive and negative effects on local and regional economies, both in the short- and long-term.” The company wants to triple its shipping capacity from the Alberta tar sands to Burnaby, in part by twinning its current pipeline. Its National Energy Board submission states, “Spill response and cleanup creates business and employment opportunities for affected communities, regions and cleanup service providers."

It may seem insensitive, but it’s true. And that’s the problem. Destroying the environment is bad for the planet and all the life it supports, including us. But it’s often good for business. The 2010 BP oil spill in the Gulf of Mexico added billions to the U.S. gross domestic product! Even if a spill never occurred (a big “if”, considering the records of Kinder Morgan and other pipeline companies), increasing capacity from 300,000 to 890,000 barrels a day would go hand-in-hand with rapid tar sands expansion and more wasteful, destructive burning of fossil fuels—as would approval of Enbridge Northern Gateway and other pipeline projects, as well as increased oil shipments by rail.

The company will make money, the government will reap some tax and royalty benefits and a relatively small number of jobs will be created. But the massive costs of dealing with a pipeline or tanker spill and the resulting climate change consequences will far outweigh the benefits. Of course, under our current economic paradigm, even the costs of responding to global warming impacts show as positive growth in the GDP—the tool we use to measure what passes for progress in this strange worldview.

And so it’s full speed ahead and damn the consequences. Everything is measured in money. B.C.’s economy seems sluggish? Well, obviously, the solution is to get fracking and sell the gas to Asian markets. Never mind that a recent study, commissioned by the Canadian government, concludes we don’t know enough about the practice to say it’s safe, the federal government has virtually no regulations surrounding it and provincial rules “are not based on strong science and remain untested.” Never mind that the more infrastructure we build for polluting, climate-disrupting fossil fuels, the longer it will take us to move away from them. There’s easy money to be had—for someone.

We need to do more than just get off fossil fuels, although that’s a priority. We need to conserve, cut back and switch to cleaner energy sources. In Canada, we need a national energy strategy. And guess what? That will create lasting jobs! But we must also find better ways to run our societies than relying on rampant consumption, planned obsolescence, excessive and often-pointless work and an economic system that depends on damaging ways and an absurd measurement to convince us it somehow all amounts to progress.

It’s not about going back to the Dark Ages. It’s about realizing that a good life doesn’t depend on owning more stuff, scoring the latest gadgets or driving bigger, faster cars. Our connections with family, friends, community and nature are vastly more important.

Yes, we need oil and gas, and will for some time. Having built our cities and infrastructure to accommodate cars rather than people, we can’t turn around overnight. But we can stop wasting our precious resources. By conserving and switching to cleaner energy, we can ensure we still have oil and gas long into the future, perhaps long enough to learn to appreciate the potential of what’s essentially energy from the sun, stored and compressed over millions of years. If we dig it up and sell it so it can be burned around the world, we consign ourselves to a polluted planet ravaged by global warming, with nothing to fall back on when fossil fuels are gone.

Scientists around the world have been warning us for decades about the consequences of our wasteful lifestyles, and evidence for the ever-increasing damage caused by pollution and climate change continues to grow. But we have to do more than just wean ourselves off fossil fuels. We must also look to economic systems, progress measurements and ways of living that don’t depend on destroying everything the planet provides to keep us healthy and alive.