Are Food Expiration Date Labels Making You a Wasteful Person? 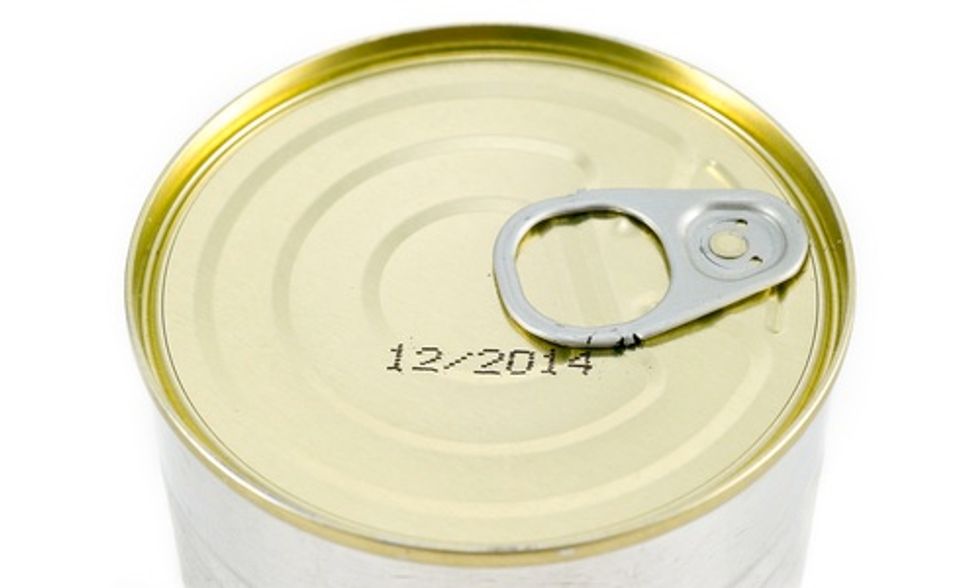 Words such as convoluted, confusing, inconsistent, ineffective, disorienting, ambiguous and dizzying are not terms you want to hear associated with a system you believe is designed to guarantee food safety. Yet those are the adjectives that a recent report uses to describe the current date labeling regime in the U.S. Published by the Natural Resources Defense Council (NRDC) and the Harvard Law School Food Law and Policy Clinic, the report, titled The Dating Game: How Confusing Food Date Labels Lead to Food Waste in America, shows that a bewildering system of date labeling is a major driver of unnecessary food waste.

Date labeling was instituted in the 1970s as a way to give shoppers assurance they were buying fresh food. But labeling hasn’t even achieved that modest goal, according to the report. “Ironically, despite the original intention of increasing consumer knowledge about their food, date labeling has become a largely incoherent signaling device for consumers,” the report says. That incoherence is costly for shoppers and retailers, bad for the planet and could even be leading to increased health risk.

Each year, an obscene amount of food is wasted in the U.S. and around the world—and confusing and inconsistent food date labels are making the matter worse. According to another NRDC report published last year, 40 percent of all the food produced in the U.S. never gets eaten. That translates to wasted natural resources, wasted money and wasted nutrition.

Look at all of the food wasted globally and you’ll see that mismanagement of resources is a major contributor to climate change. According to a recent FAO report, the global carbon footprint of food produced but not eaten is the equivalent of 3.3 gigatons of CO2 annually—which would make food waste the third-largest contributor to climate change, behind the U.S. and China.

Food waste happens for many complex reasons, people’s misinterpretation of date labels on foods being just one of them. But it might be one of the easiest food waste causes to fix. Dana Gunders, agriculture specialist at NRDC and one of the authors of The Dating Game, says, “Every entity around the world that has investigated food waste—the United Kingdom, the European Union, the United Nations and NRDC in last year’s report—have all highlighted reducing confusion around expiration dates as one of the key ‘low hanging fruit’ opportunities for reducing food waste. So we set off to seize that opportunity starting with this report.”

While many people place a lot of confidence in food date labels, its an ad-hoc system with no oversight and little consistency. The labels are not federally regulated and can vary from state to state. Despite what most people think, the labels don’t communicate whether a product has spoiled. “use by” and “best before” are just suggestions determined by the manufacturer to indicate when food is at its peak quality. “Sell by” is the manufacturer’s suggestion for when the grocery store should no longer sell the product. There is no uniform criteria for any of those terms.

Dr. Ted Labuza has been working on shelf life testing since the 1970s. He says 65 percent of consumers sort through items at the store to locate the “freshest” product based on the date stamp. “That is no guarantee of safety or quality,” he warns. “The newer product could have been sitting on a loading dock for 10 hours.”

According to a survey by the Food Marketing Institute, confusion about date labels leads nine out of 10 Americans to needlessly throw away food. This habit isn’t cheap: Americans annually spend between $1,365 and $2,275 per household of four on food they never eat. A study in the United Kingdom estimated that 20 percent of food wasted in British households is due to misinterpretation of date labels. The new NRDC report also warns that date labels may fuel a false sense of security when it comes to food safety. Date labels “may be encouraging consumers to ignore the more relevant risk factors affecting food safety, including the importance of time and temperature control along the distribution chain.”

The confusion also costs retailers money. A 2001 study estimated that each year, $900 million worth of inventory was removed from the supply chain due to date code expiration and identified the lack of standardization around date coding as one of the factors driving that loss. A survey of grocery store workers found that even some employees themselves do not distinguish between different kinds of dates.

The problem has trickled down to efforts to recover and redistribute food. Anti-hunger organizations around the country often make use of expired or soon-to-expire items. Yet confusion around date labels leads to food unnecessarily being tossed out instead of distributed to people in need. According to the NRDC report, experts in food recovery and food waste say there is widespread confusion among anti-hunger program administrators over the meaning of various date labels. Food safety officers working with anti-hunger organizations “must consequently spend considerable time and effort educating workers about the date labeling system and those workers must in turn educate clients and end-users when they express concerns or uncertainty about the products they are receiving.”

Each of U.S. has a role to play in reducing food waste and its horrible impacts. This involves learning how to reduce your waste, understanding date labeling and sharing this knowledge with family, colleagues and friends. According to Labuza, storage temperature is the main factor determining food safety, rather than the amount of time that has passed since the product’s creation. Labuza recommends keeping refrigerators at 40 degrees or less (he keeps his at 34) and the NRDC has put together a guide to help you understand how to more effectively use your refrigerator.

The Dating Game has a few recommendations for industry and government:

Brands and retailers have an opportunity to demonstrate their concern for the environment and the health and finances of their customers by taking action to re-educate shoppers about food safety and labeling. To achieve lasting change, we need to push Congress and federal agencies to change these inconsistent and confusing rules. Congresswoman Nita Lowey (D-NY) has submitted the Food Freshness Disclosure Act to “help establish a consistent food dating system in the United States and protect American consumers.” Emily Broad Leib, one of the authors of The Dating Game, says consumers should ask their representatives to sign onto the bill and help push it through to passage.

“Creating a meaningful, standardized system is a crucial way to reduce food and resource waste, save money for consumers who are watching their wallets (particularly in these economic times) and actually improve safety for consumers,” Leib says.