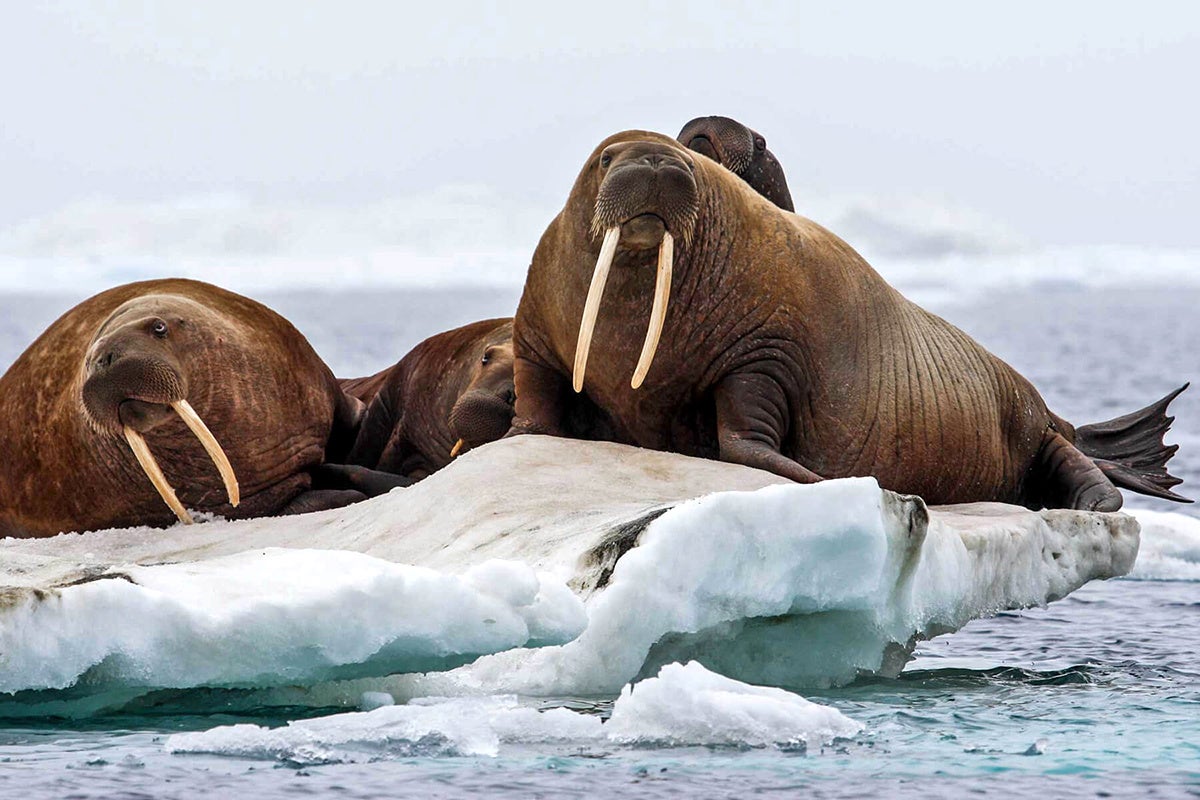 Hundreds of Pacific walruses have hauled out of Arctic waters near Alaska’s Point Lay due to declining sea ice levels, the U.S. Fish and Wildlife Service announced Wednesday. It’s the earliest haul out the agency has ever seen, and scientists fear a repeat of stampedes that have killed hundreds of walruses in recent years.

Loss of sea ice from climate change is a major reason why the Center for Biological Diversity has petitioned the federal government to protect Pacific walruses under the Endangered Species Act. A final listing decision from Fish and Wildlife is expected within the next month.

“This early haul out shows that Pacific walruses are in terrible trouble,” said Emily Jeffers, a Center for Biological Diversity attorney. “If we’re going to save these amazing animals, the Trump administration has to give them the protections they need and stop pushing for dangerous oil drilling in the Arctic.”

President Trump’s decisions to withdraw from the Paris climate accord and consider opening up the Arctic to offshore oil drilling would exacerbate sea ice loss and other threats to Pacific walruses. The Wildlife Service has previously said the Pacific walrus deserves listing under the Endangered Species Act, but it didn’t have the resources to proceed with listing, prompting the Center for Biolofical Diversity’s lawsuit and the imminent listing decision.

Arctic sea ice extent, on which the Pacific walrus so heavily relies, hit record lows during fall 2016 and winter 2017, and sea ice in the Chukchi Sea off Point Lay retreated at a record rate this May. The sea ice is expected to begin increasing with the end of the summer season, although the National Snow and Ice Data Center cautioned that levels could continue to fall again, as happened in 2010 and 2005.

Local villagers in Point Lay are helping protect the walruses and cautioning the general public against doing anything to scare or disrupt them. Mass walrus haul-outs were first observed in 2007, when Arctic sea-ice extent dropped 1 million square miles below average—losing an area the size of Alaska and Texas combined.

“Trump’s hostility to conservation laws and threat to open up the Arctic put Pacific walruses under siege,” Jeffers said. “We need to protect this vital, vulnerable region before it’s too late.”