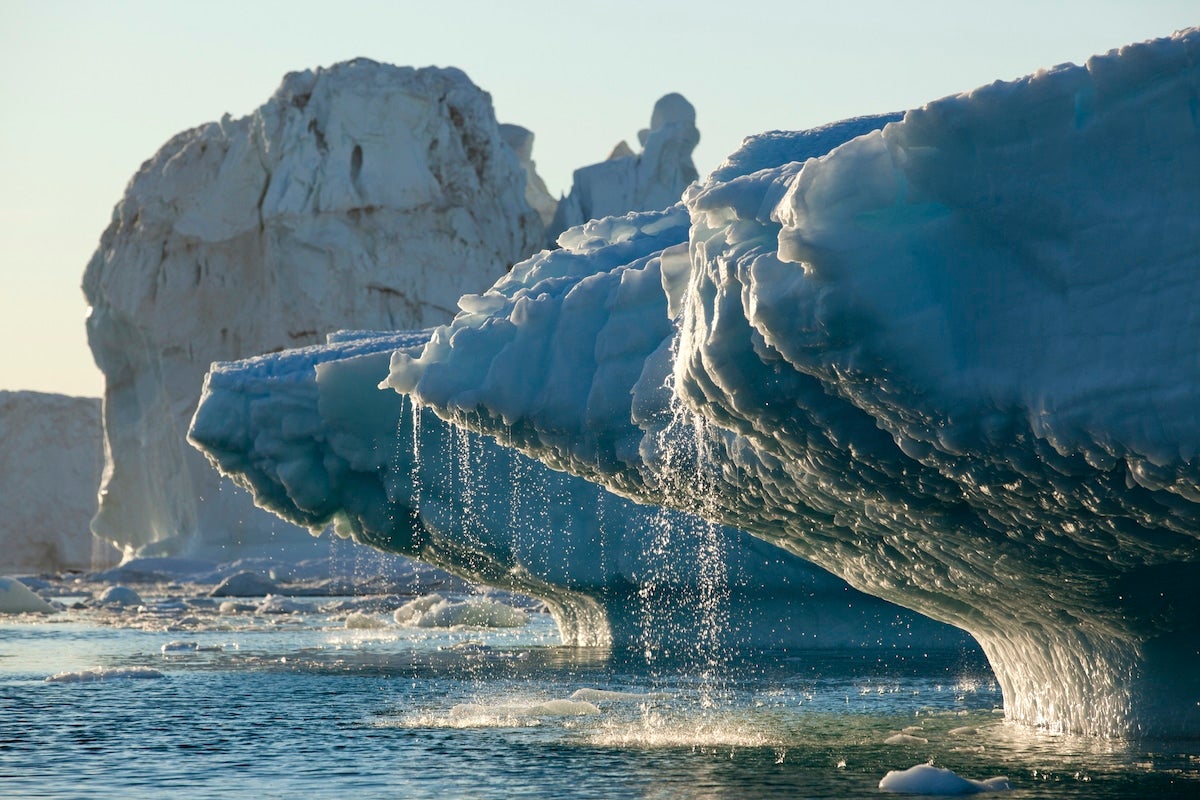 Sea ice forms in the Arctic and Antarctic in winter and retreats in summer, but it doesn’t disappear completely — at least not yet. The floating frozen seawater has a surprisingly strong influence on weather patterns and ocean circulation in the polar regions and beyond.

Rapidly shrinking Arctic sea ice has been one of the clearest signs of climate change in the past forty years, Phys.org reported. In each decade since the late 1970s, the amount of summer sea ice has decreased 13 percent. Scientists have predicted that the Arctic could have its first summer completely free of sea ice by 2040.

According to a new paper by a researcher at the University at Albany (UAlbany), the swift melting of sea ice may not only affect small island nations and nearby coastal towns, but could have a much greater and long-term effect on the planet’s weather patterns, like El Niño. El Niño is a complicated weather pattern that happens when a band of warming of surface waters develops in the eastern Pacific Ocean, along with weaker-than-average east winds.

“El Niño is an important climate phenomenon, recognized as a driver of climate variability responsible for large and diverse societal impacts,” said study lead author Jiping Liu, an associate professor in UAlbany’s Department of Atmospheric and Environmental Sciences, as Phys.org reported. “Our study, for the first time, finds that large Arctic sea-ice loss directly influences global climate extremes, including an increase in the frequency of strong El Niño events.”

The study, “Arctic sea-ice loss is projected to lead to more frequent strong El Niño events,” was published in the journal Nature Communications.

El Niño events usually happen every few years and can bring with them extreme weather, including severe storms, floods and droughts, reported Phys.org.

In order to find out how El Niño events are affected by the loss of Arctic sea ice, Liu and the other members of the research team ran a series of time slice experiments that were dependent upon variable land, ocean, atmosphere and sea ice elements.

The researchers established an amount of sea ice cover for the time periods 1980-1999, 2020-2039 and 2080-2099 before generating simulations using the Community Climate System Model from the National Center for Atmospheric Research, which gives scientists computer simulations of states of Earth’s past, present and future climate.

When the researchers contrasted the simulations, they found that there was no notable change in the frequency of powerful El Niño events in response to moderate loss of sea ice in the Arctic, a finding that was in accordance with up-to-date satellite observations. But, as summers in the Arctic became ice-free, the occurrence of strong El Niño events went up by more than a third.

“After decades of research, there is general, albeit not universal, agreement that the frequency of El Niño events, especially extremely strong El Niño events, will increase under greenhouse warming,” said Liu, as reported by Phys.org.