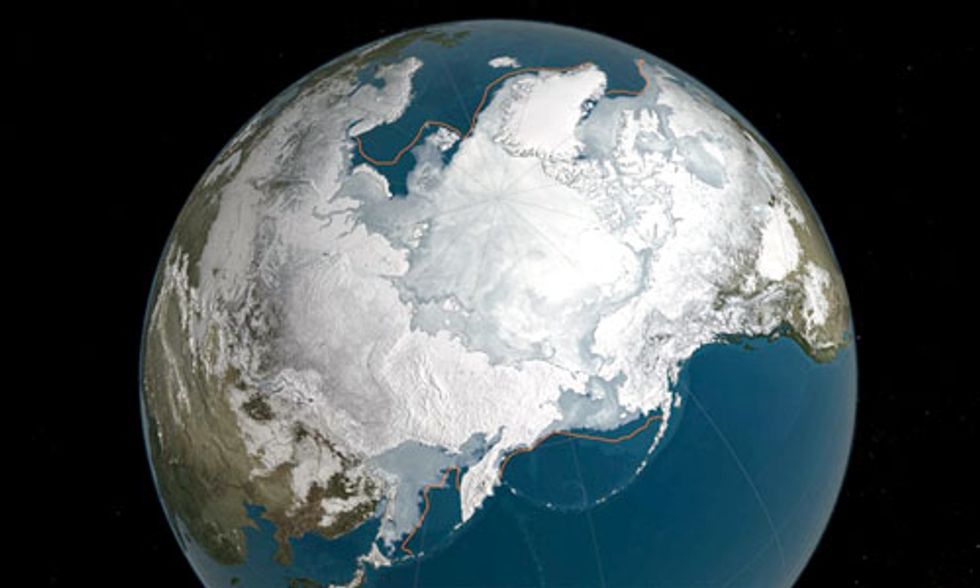 Watch this short animation that shows the Arctic sea ice freeze cycle from the last summertime minimum extent to March 24, when it reached its wintertime maximum extent: at 5.607 million square miles, it is the lowest maximum extent in the satellite record:

And watch this time lapse of the relative age of Arctic sea ice from week to week since 1990. The oldest ice (9 or more years old) is white. Seasonal ice is darkest blue. Old ice drifts out of the Arctic through the Fram Strait (east of Greenland), but in recent years, it has also been melting as it drifts into the southernmost waters of the Beaufort Sea (north of western Canada and Alaska). This video was produced by the Climate.gov team, based on data provided by Mark Tschudi, University of Colorado-Boulder: