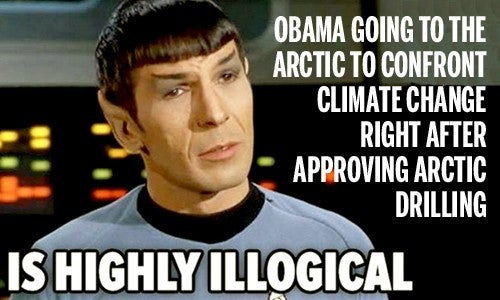 Last week, President Obama made the most extensive presidential visit to Alaska ever. He hiked on a glacier, met with Native Alaskans and became the first president ever to visit the Arctic Circle. Throughout, he was calling attention to the real, on-the-ground effects of climate change. That makes sense given that Alaska is being affected by global warming more dramatically and more swiftly than any other state. 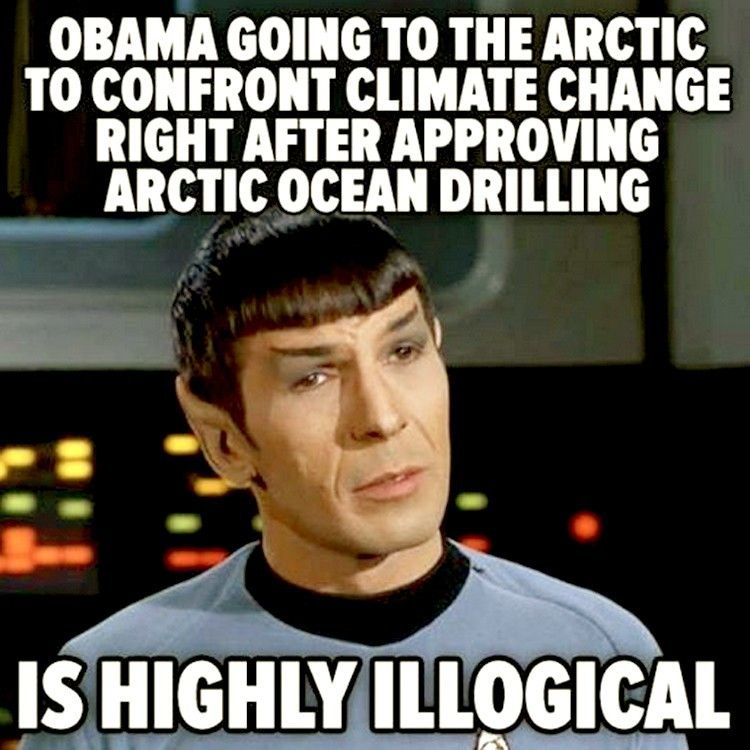 Alaska has already warmed 3.1 degrees Fahrenheit in the last 60 years according to the U.S. National Climate Assessment. This year alone, wildfires in the state have burned more than 5 million acres. Ironically, this is happening in a state that is uniquely dependent on the oil and gas industries. Yet allowing those industries to extract all of Alaska’s considerable fossil fuel reserves would not only destroy much of its incredible wilderness but also lead to even worse climate disruption—not just for Alaska, but for the world:

“Our results suggest that, globally, a third of oil reserves, half of gas reserves and over 80% of current coal reserves should remain unused from 2010 to 2050 in order to meet the target of 2 degrees Celsius,” Paul Ekins and Christophe McGlade wrote in the journal Nature earlier this year. “We show that development of resources in the Arctic and any increase in unconventional oil production are incommensurate with efforts to limit average global warming to 2 degrees Celsius.” [3.6 degrees Fahrenheit]

It’s that simple: If we want to limit global warming then we cannot continue developing new fossil fuel resources in the Arctic. That reality is what President Obama and his administration ignored by allowing Shell Oil to proceed with drilling in the Chukchi Sea this summer. They also ignored the reality that a spill in Arctic seas would be an unprecedented environmental disaster. Or, perhaps it’s fairer to say that they decided it was a risk they were willing to take. On that point, we can only hope they get lucky—although if Shell continues drilling, the administration’s own calculations show that the odds are not in their favor, with a 75 percent chance of a major spill.

As Rebecca Solnit poignantly wrote in The Guardian, “There is an ugly irony about extracting oil from one of the places already threatened by the effects of burning fossil fuel—where the summer ice is much reduced and temperatures are shooting up: you make the place complicit in its own destruction.”

President Obama said it himself almost a year ago: “We are the first generation to feel the effect of climate change and the last generation who can do something about it.” President Obama has stepped up in many ways—with the Clean Power Plan, with stronger fuel-economy measures, and other initiatives. Those are all good but, in this case, good isn’t good enough. Our generation needs greatness. Mistakes like opening the Arctic to new drilling are no way to get there.