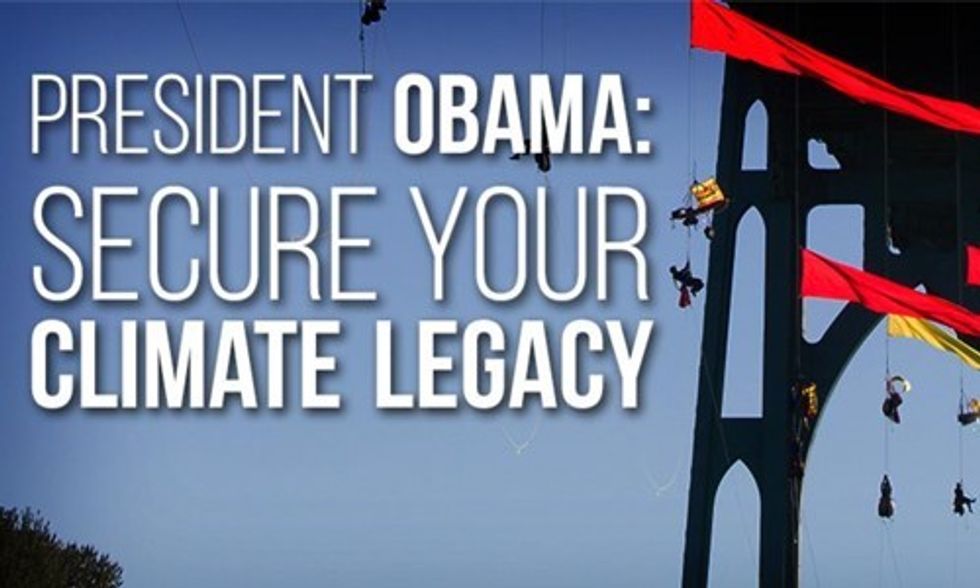 A new report released today by Oil Change International and Greenpeace USA details a clear case against drilling for oil in the Arctic ocean based on climate science imperatives. The report, “Untouchable: The Climate Case Against Arctic Drilling,” shows U.S. Arctic offshore oil should be deemed an “untouchable” fossil fuel reserve by any reasonable measure.

“There is no reasonable scenario in which Arctic oil drilling and a safe climate future co-exist. Drilling in the Arctic is a climate disaster, plain and simple,” said report author Hannah McKinnon, senior campaigner with Oil Change International.

While industry and government actors have claimed that Arctic oil is necessary to meet future oil demand, the analysis shows that such claims are based on oil supply and demand scenarios that will lead to at least 5 degrees Celsius of warming by 2100. Such warming would catastrophically exceed the 2˚C warming limit agreed to by most countries, including the U.S. and would lead to human and ecological disasters.

"What happens in the Arctic matters to all of us. America is living with the floods, storms and heatwaves caused by global warming and this report makes absolutely clear that Arctic drilling will only make it worse,” said Tim Donaghy, Senior Research Specialist at Greenpeace. "The president can’t continue to leave the the fate of the Arctic—and his climate legacy—up to a disastrous corporation like Shell. It’s not too late to rescind the lease and make the Arctic permanently off-limits to catastrophic oil drilling.”

Arctic drilling, the report shows, would unlock new and unburnable carbon that does not fit in a climate-safe scenario. The report also shows the inherent flaws in widely used energy scenarios, such as the EIA’s Reference Case scenario, that assume a world where oil demand grows, climate action fails and the unprecedented growth of cleaner energy alternatives collapses—assumptions that contradict global trends.

Further, the report finds that Arctic oil drilling requires high oil—and gasoline—prices in order for it to be profitable. Prices in a climate safe scenario could be 35 to 50 percent lower than in a business as usual scenario.

“Shell’s gamble in the Arctic is a bad bet. And it is a bet that has struck a chord with millions of concerned citizens across the U.S. and around the world who are committed to standing up to fossil fuel giants who are sacrificing our climate for their profit,” said McKinnon. “President Obama should put an end to Shell’s reckless Arctic pursuits and take us one step closer to a safe, just and clean energy future.”