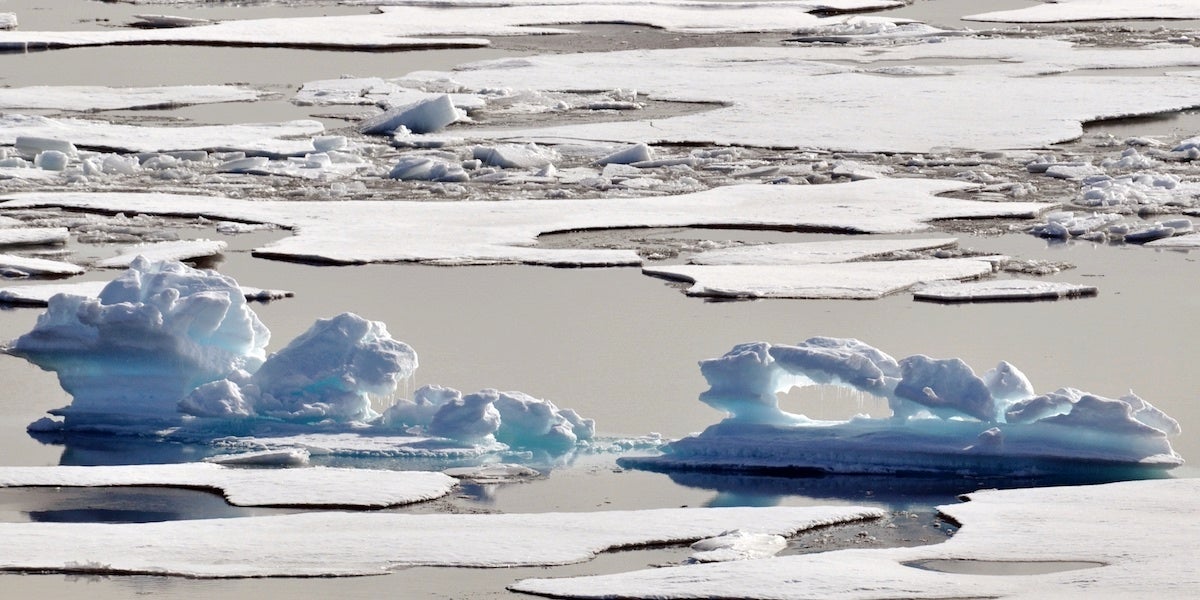 The U.S. and nine of the world’s largest fishing economies will sign an agreement Wednesday in Ilulissat, Greenland that bans commercial
fishing in the central Arctic Ocean for the next 16 years.

“This is the first multilateral agreement of its kind to take a legally binding, precautionary approach to protect an area from commercial fishing before that fishing has begun,” the U.S. State Department said in a
statement on Monday.

Signatories include the U.S., Canada, Denmark (for Greenland and the Faroe Islands), Norway, Russia, China, Iceland, Japan, the Republic of Korea and the European Union.

The world’s rising temperatures have significantly thawed Arctic ice, and shipping operations have eyed the melting North Pole as a new economic opportunity. By the same token, commercial fishing may become viable in areas where such activity was previously not possible, the State Department noted.

In 2009, the United States closed the U.S. Exclusive Economic Zone (EEZ) north of Alaska to commercial fishing until such time as domestic fisheries managers have sufficient information about the ecosystem to allow fishing to proceed on a well-regulated basis. U.S. stakeholders, including the Alaska-based fishing industry, have been concerned foreign fishing vessels could begin fishing here in the foreseeable future. At a time when U.S. vessels cannot fish within the U.S. EEZ, the United States has negotiated this new fisheries agreement for the central Arctic Ocean that reduces the chance that foreign vessels will fish just beyond the U.S. EEZ.

The “Agreement to Prevent Unregulated High Seas Fisheries in the Central Arctic Ocean” bars unregulated fishing in an area that covers 2.8 million square kilometers—or about the size of the Mediterranean Sea—said David Balton, the former U.S. ambassador for oceans and fisheries, who led the negotiations that produced the agreement, to
Pew Charitable Trusts.

The agreement also creates a joint scientific research and monitoring program to learn more about the changing Arctic marine ecosystem, Balton said, “to determine when commercial fishing might be viable and how best to manage such a fishery in the future.”

The 16-year ban can be extended in five-year increments if the parties agree.

When asked why the Arctic deserves protection, Balton explained to Pew that the region “is warming faster than probably any other part of the planet, more than twice as fast as the global average. And this is bringing about profound change.”

“The fisheries agreement is, of course, driven by this underlying change,” he continued. “But there are other changes afoot that already are causing serious problems for the people who live and work in the Arctic. The Arctic region is fascinating for a lot of reasons, but I would say the primary reason that it is receiving so much attention has to do with
climate change.”