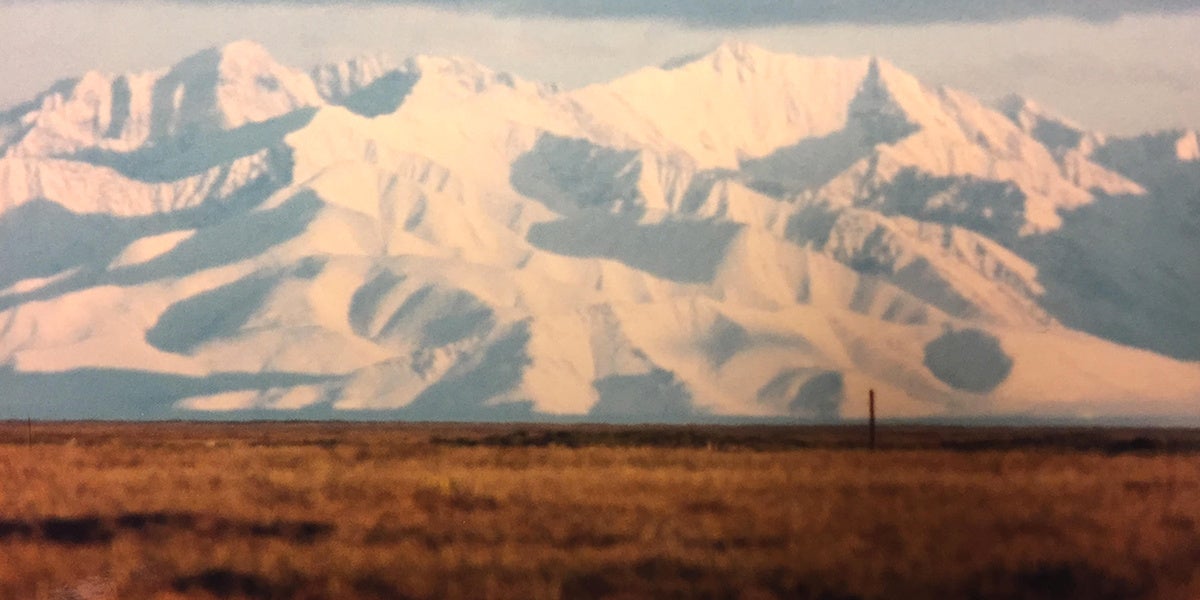 It’s the middle of the frigid, long midnight at Tapkaurak Point, a spit of gravel curling out into the Beaufort Sea off the northern coast of Alaska. Up in the middle of the Arctic National Wildlife Refuge, the largest remaining wilderness area in the U.S., the sun set weeks ago and won’t peek above the horizon until the middle of January.

If you were there now, bundled up against the minus-20-degree chill, you could climb the low bluff at Tapkaurak, turn away from the frozen sea, and in the dim light cast by the moon and the stars you’d take in the expansive arctic plain giving way to the craggy Brooks Range to the south. In the middle of the plain, if the aurora borealis is bright enough, you might see poking out of the snow cover an upright post—physically insignificant but utterly out of place in the treeless Arctic landscape.

The post isn’t a trivial anomaly. It stands as a warning sign for all of us, advertising the ambitions of Big Oil to turn this place from a wilderness into an industrial profit mill. Wedged into last month’s $1.5 billion tax cut law, which benefits mostly the 1 percent, is a provision opening up the Arctic National Wildlife Refuge to commercial oil drilling.

After decades of being denied access to the refuge, the oil companies have achieved a legislative milestone. And absent a movement of popular resistance combined with legal action, the Arctic National Wildlife Refuge will join the growing list of places around the world plundered by CEOs and a political elite who put profits before people and the planet. We can and must stop them.

Fourteen summers ago I was fortunate to visit Tapkaurak Point, and saw up close what the future holds for the refuge if Trump, Congress and Big Oil get their way. I landed my kayak at Tapkaurak toward the end of a two-week Arctic refuge paddling trip with three friends. We had gone down the Kongakut River and along the Beaufort coast toward the village of Kaktovik, arriving at Tapkaurak late in the evening in mid-July. We ascended the bluff. To the north, the gravel tidelands of the spit gave way to a lagoon, bounded by a long narrow reef. Beyond the reef lay the Beaufort pack ice. To the south of us spread miles of arctic plain, sedge grass lit up in brilliant gold by the midnight sun. Beyond, the peaks of the Brooks Range, wearing a new coat of white snow, stood out boldly against the blue sky. And then we saw the post.

We walked toward it, through marshy fields of just-thawed permafrost dotted with tufts of wispy Alaska cotton and bladder campion—a hardy purple-and-pink-striped Japanese lantern-shaped flower just a few inches high. Red-necked phalaropes, readying for their late-summer flight to South America, bathed in small pools of water.

Alaska cotton is abundant in the Arctic tundra regions. Oil and gas development strips the landscape of vegetation and in the Arctic, destroys permafrost.Jonathan Rosenblum 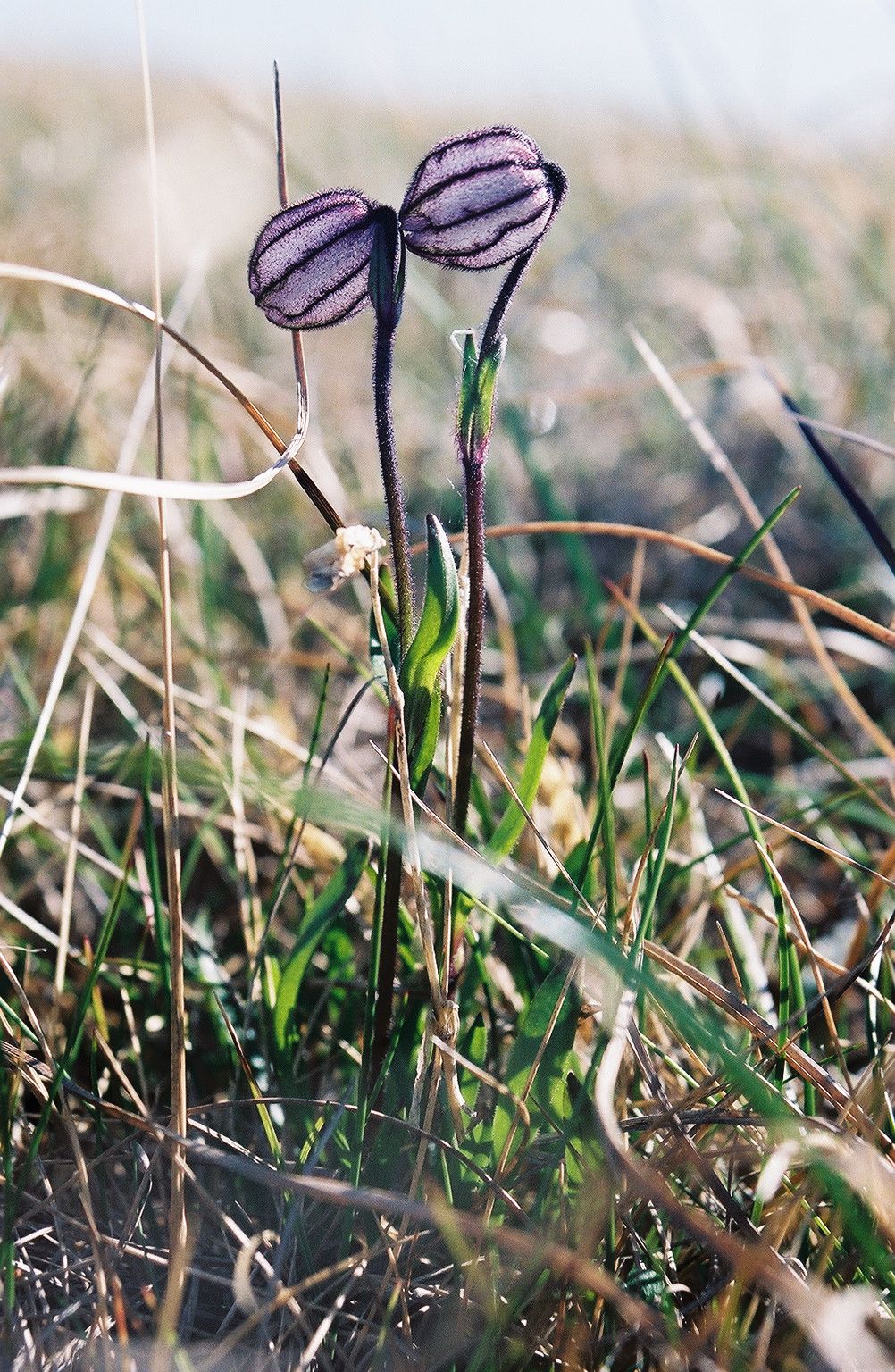 The delicate bladder campion is a uniquely designed wildflower that blooms in late spring.Jonathan Rosenblum

The tufts of dirt pushed up by permafrost were laced with small animal holes, and the snowy owl feathers scattered around were evidence that the birds had been hunting recently. The thousands of caribou who spend summers on the Arctic coast had already headed south into the Brooks Range, but sprinkled around the plain were antlers—shed after calving season, or perhaps the remnants of animals taken by predators.

Approaching the post we saw that it was a solid iron column, welded with the letters, “CHEVRON USA INC.” This was the KIC-1 drilling site, the secretive test well Chevron was allowed to drill in 1986. Crews bored three miles down, at a cost of $40 million, before capping the site, dismantling the drilling platform and going home. 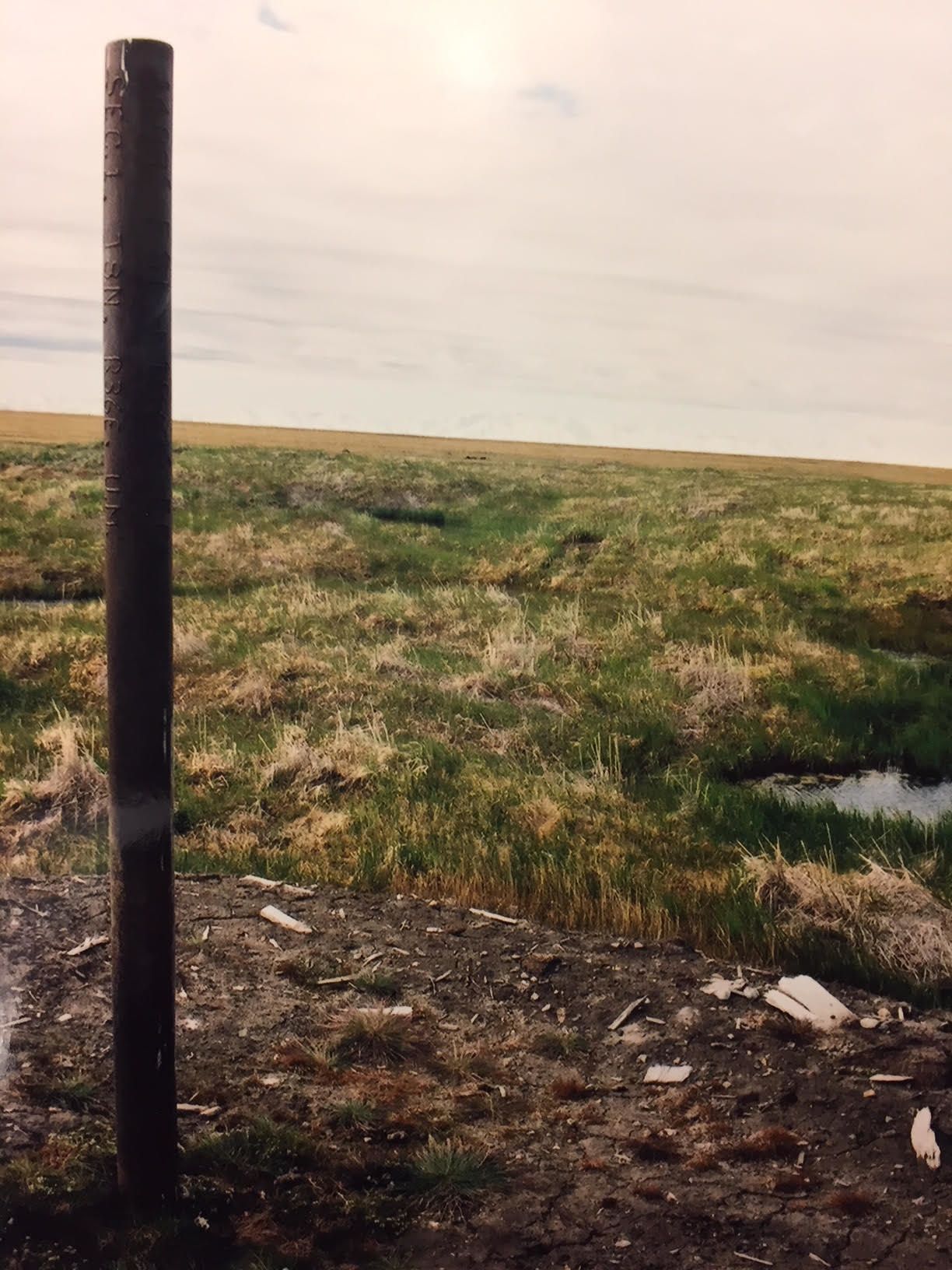 Chevron executives know what the well found, but they aren’t telling. Years ago, a court gave the company the right to withhold the information from the public.

Even with Chevron’s claim to have remediated the site, half-buried construction trash surrounds the post: Metal cans and grating, cloth, wood, and glass bottles, all of it ever-so-slowly deteriorating in the cold, dry Arctic. Trash does not compost up there—it lingers on.

Compared to the surrounding permafrost marshes, which were teeming with grasses, flowers and low shrubs, the land around the drilling site was mostly a bare brown, compacted from the weight of heavy vehicles and machinery that visited a generation earlier.

A short way to the south, more shapes rose from the plain. We slogged across the swampy ground to investigate. These weren’t test drilling holes. It was an old Inupiat graveyard. The grave markers, in various stages of decay, were made of wood. “Raymond Nanolo, Dead August 12 1933.” Another, name undistinguishable, had a 1922 date on it. They were trappers and hunters, people with tremendous ingenuity, self-reliance and stamina who walked lightly on the land, as their ancestors had for the last 3,000 years.

The next night, as we launched our boats off the gravel of Tapkaurak Point and headed west, I looked back at the arctic plain and the iron post. It was a small pinprick on the vast horizon. But even this tiny human experiment had left an indelible mark on the land, with its trashed-out site and barren ground.

What Trump and Congress aim to do is take the human destruction at Tapkaurak’s KIC-1 site and expand it by many orders of magnitude. Even with new technologies like horizontal drilling, oil and gas production is a big deal, requiring powerful drills chewing through the earth, endless miles of pipes and electrical transmission lines reaching over the horizon, and slurries of mud and other waste. And then there are accidents.

For comparison, you could just look 120 miles west of Tapkaurak, at the Prudhoe Bay oil fields and the 800-mile pipeline that extends from the fields to the south through Alaska. Those fields and pipeline at one point averaged 500 oil spills a year.

It’s no wonder that 70 percent of Americans, including a majority of Republicans, oppose drilling in the Arctic refuge.

The Trump administration’s Christmas gift isn’t intended for anyone but a very narrow band of one percenters—Alaska Senator Lisa Murkowski, who conditioned her tax bill “aye” vote to the Arctic drilling proviso, and the CEOs and major shareholders of Big Oil, who salivate at the idea of opening up the Arctic refuge to their profiteering.

Yet even with the passage of the law, resistance is not futile; indeed, it must be redoubled and join up with other fights to save the environment from oil profiteers. Two years ago, Shell Oil executives, facing a growing movement of mounting, creative protests and negative publicity, pulled their drilling operations out of the western Alaskan Chukchi Sea.

The Native American-led DefundDAPL movement has persuaded cities, organizations, tribes and individuals to withdraw more than $4 billion from Wells Fargo Bank because of its funding of the Dakota Access Pipeline. Three European banks pulled their funding for DAPL after the mass demonstrations at Standing Rock.

Now, a broad coalition of Native American and First Nation activists, including the DefundDAPL leadership, has launched a divestment campaign aimed at funders of proposed tar sands pipelines in Canada. Through direct actions, including militant bank office takeovers, the movement is building public awareness and pressing banks to withhold capital from these controversial projects.

“Big Oil, multinational corporations and their financial backers are not persuaded by moral and environmental arguments,” explained Matt Remle, a Lakota Nation leader and co-founder of Mazaska Talks (“Mazaska” is a Lakota word for money). “They’re capitalist and they are persuaded by one thing, money.”

These boycott movements, led by native peoples and environmental groups like 350.org, are just getting going.

Now, with the latest congressional action, the Arctic National Wildlife Refuge joins the list of places to defend with organizing, boycotts and direct action, in addition to legal challenges.

Big Oil and their political patrons are counting on the reality that few people outside of the native Inupiat and the occasional kayak tourist will ever get a chance to stand at Tapkaurak Point and take in the splendor of the surrounding wilderness, or stand in silent awe in the burial ground of a people who lived in harmony with the arctic since before the time of King Solomon, Jesus of Nazareth, or the Prophet Mohammed. Only a handful of us will ever spy that ominous totem standing in the near distance of the Arctic plain, warning us that this all could go away in a handful of years.

But you don’t have to go there to recognize that what’s at stake is a lot more than the risk of scarred ground, ruined vistas, desecrated grave sites and a polluted wilderness. Rather, the destruction of the Arctic refuge would stand as a totem to the triumph of the capitalist drive for profit over the humane stewardship of our planet. We must not let that happen.