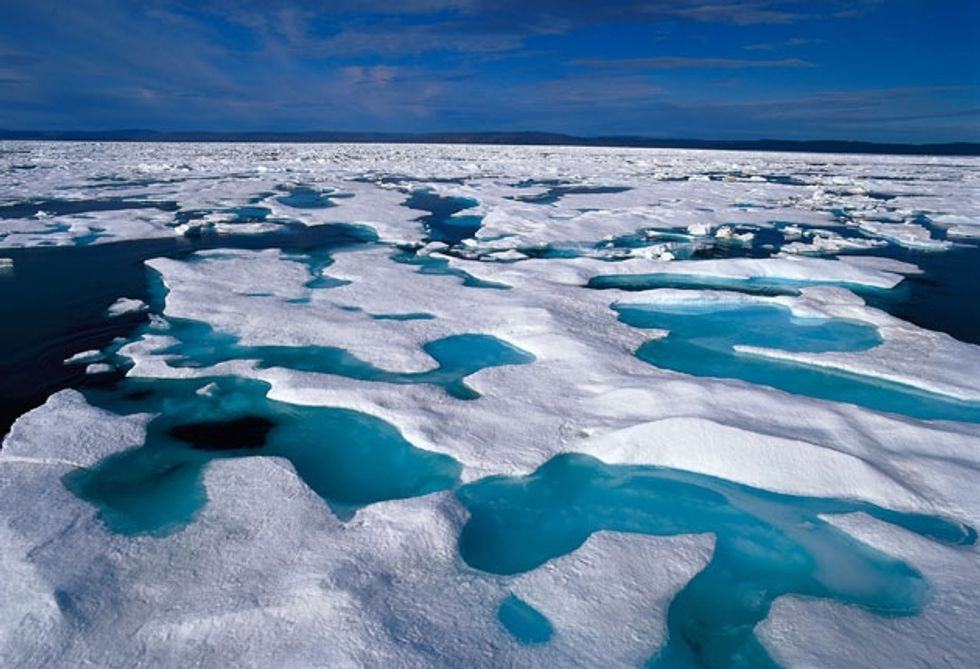 In the fallout from the Durban, South Africa climate talks, one of the things I have heard people debating about is what keeping global warming to 2 degrees means, rather than letting warming increase to 3 degrees or even 4 degrees.

One of the answers was that if warming goes above 2 degrees, the chances of a runaway greenhouse effect happening increases. And one way this happens is through the kicking in of positive feedback mechanisms.

And one of these regards the potent greenhouse gas methane (which is 20 times more potent than carbon dioxide), and what lies beneath the Arctic permafrost, or frozen soil.

For years scientists have warned of a ticking “methane timebomb” in the Arctic. At the end of last month, in an article published in the journal Nature, a survey of 41 international experts led by University of Florida ecologist Edward Schuur revealed that models created to estimate global warming may have underestimated the magnitude of carbon emissions from permafrost over the next century.

The scientists argued that the effect on climate change is projected to be 2.5 times greater than models currently predicted, partly because of the amount of methane released in permafrost.

“We’re talking about carbon that’s in soil, just like in your garden where there’s compost containing carbon slowly breaking down, but in permafrost it’s almost stopped because the soil is frozen,” Schuur said at the time. “As that soil warms up, that carbon can be broken down by bacteria and fungi, and as they metabolize, they are releasing carbon and methane, greenhouse gases that cause warmer temperatures.”

The scientists estimated that the permafrost is distributed across 11.7 million square miles of land—an amount that is more than three times larger than previously estimated.

But what about methane trapped under the oceans? A Dec. 13 article in the Independent makes alarming reading.  The paper reports that “Dramatic and unprecedented plumes” of methane have been seen bubbling to the surface of the Arctic Ocean by scientists undertaking an extensive survey of the region.

The scale and volume of the methane release has “astonished” the head of the Russian research team who has been surveying the seabed of the East Siberian Arctic Shelf off northern Russia for nearly 20 years.

Igor Semiletov, of the Far Eastern branch of the Russian Academy of Sciences, told the Independent that he has never before witnessed the scale and force of the methane being released from beneath the Arctic seabed.

“Earlier we found torch-like structures like this but they were only tens of metres in diameter. This is the first time that we’ve found continuous, powerful and impressive seeping structures, more than 1,000 metres in diameter. It’s amazing,” Dr. Semiletov said. “I was most impressed by the sheer scale and high density of the plumes. Over a relatively small area we found more than 100, but over a wider area there should be thousands of them.”

Dr. Semiletov released his findings for the first time last week at the American Geophysical Union meeting in San Francisco.

What his findings show is that the need for a comprehensive radical deal on climate change is ever more urgent.

Someone should tell the Canadians that.