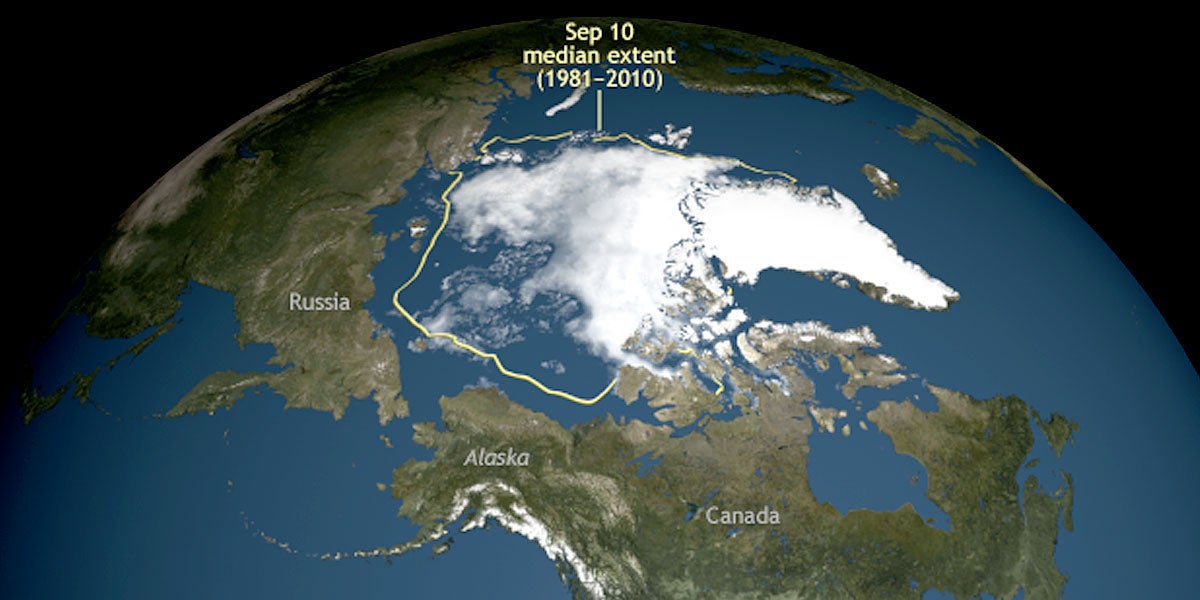 Arctic sea ice shrank to just 1.60 million square miles this week, hitting its summer low point and reaching a statistical tie with 2007 for the second lowest extent on record.

This year’s minimum is approximately one million square miles less than the 1979 to 2000 average.

“What this year shows us is that we’re primed for much greater ice losses in the near future,” Ted Scambos, lead scientist with National Snow and Ice Data Center, said.

National Snow and Ice Data Center Director Mark Serreze said he wouldn’t be surprised if the Arctic were “essentially ice free” by 2030.